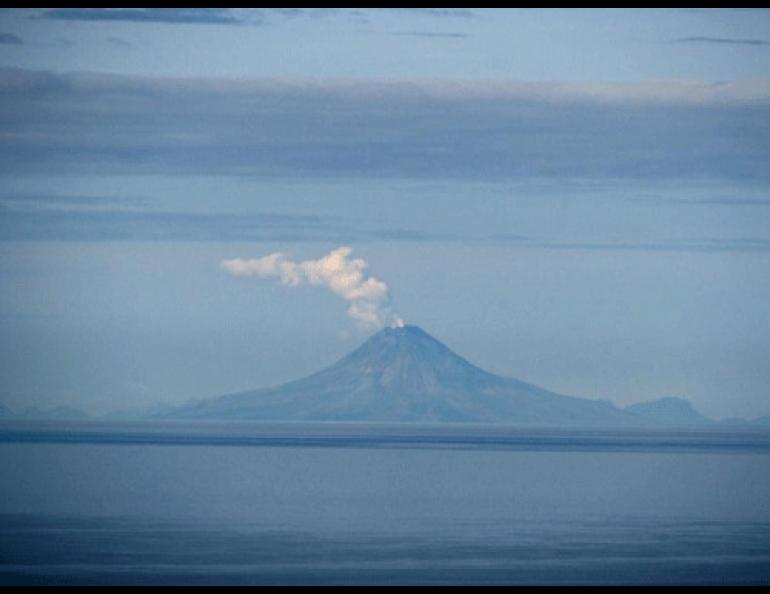 On Oct. 6, 1883, this entry was in the Alaska Commercial Company logbook at an English Bay trading post, located about 50 miles northeast of Augustine volcano:

“This morning at 8:15 o’clock, 4 tidal waves flowed with a westerly current, one following the other . . . the sea rising 20 feet above the usual level. At the same time the air became black and (foggy), and it began to thunder . . . it began to rain a finely powdered brimstone ash.”

Augustine Volcano, which erupted explosively at the beginning of 2006, also erupted in 1883. But there was a dramatic difference. In 1883, part of the mountain tumbled into the sea and caused a tsunami that crossed Cook Inlet and bounced back again.

Because the tsunami happened at low tide in an area with some of the largest tidal ranges on Earth, the sea rising 20 feet was almost the same as if high tide returned early. Researchers think the damage from the 1883 tsunami was limited to some low-lying shelters being flooded and a few kayaks floating away.

The 1883 eruption of Augustine Volcano and the resulting tsunami intrigue Jim Beget, a scientist with the Geophysical Institute at the University of Alaska Fairbanks and the Alaska Volcano Observatory. He has traveled to Augustine Volcano several times to gather evidence of the 1883 event he read about in the old logbook.

On the volcano island, Beget found driftwood scattered high on shore above the beaches, even beyond the point where severe storms might deposit wood. Using that wood and other clues within the soil of the island, Beget figured that the 1883 tsunami ran up on land on the opposite side of Cook Inlet, and then bounced back toward Augustine, where waves reached a maximum height of more than 50 feet. Traveling around Cook Inlet, Beget found deposits from the 1883 tsunami along the coast near Mount Illiamna, the village of Nanwelak (formerly the English Bay of the Alaska Commercial Co. journal), and the town of Homer.

The 1883 tsunami happened because the north side of the mountain that is Augustine Volcano collapsed into the sea. Since then, the volcano has healed the scar, filling it with lava.

Active volcanoes can accumulate enough material that they get to a collapse point. That’s what happened to Augustine Volcano in 1883, and has happened to a few other volcanoes over time. There have been about a dozen recorded collapses in the last 2,000 years, Beget said, and people didn’t think of a top-heavy mountain as much of a hazard until 1980.

“When Saint Helens collapsed, it was a big surprise to most people,” Beget said. “Now we realize it’s not that surprising.”

Scientists at the Alaska Volcano Observatory now watch Augustine Volcano and other Alaska volcanoes for signs of a pending implosion, such as changes in shape of the mountain they can detect with global positioning system receivers cemented into its flanks.

Beget and Zygmunt Kowalik of the Institute of Marine Science at UAF authored a paper in which they confirmed travel times of an Augustine-generated tsunami calculated by a computer model. The model calculated that a tsunami would reach Homer in about 75 minutes. Travel time to Anchorage would be around four hours. Beget and Kowalik also found that because of sea floor characteristics, tsunamis could run up farther on the Illiamna coastline and near Nanwelak, Homer, and Anchor Point.

Depending on the state of the daily tides in Cook Inlet, a tsunami from Augustine Volcano would either be catastrophic or an interesting footnote to another eruption.

“If it happened at low tide, people might not notice it,” Beget said. 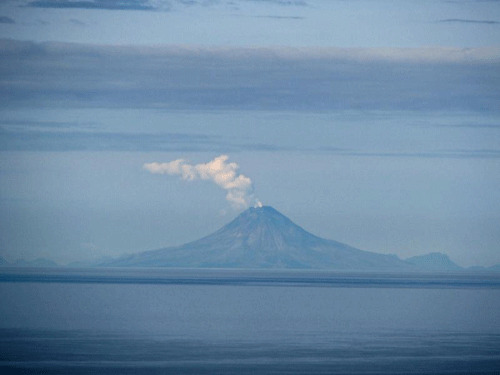