Frequency Regulation and Skiing in the Backcountry 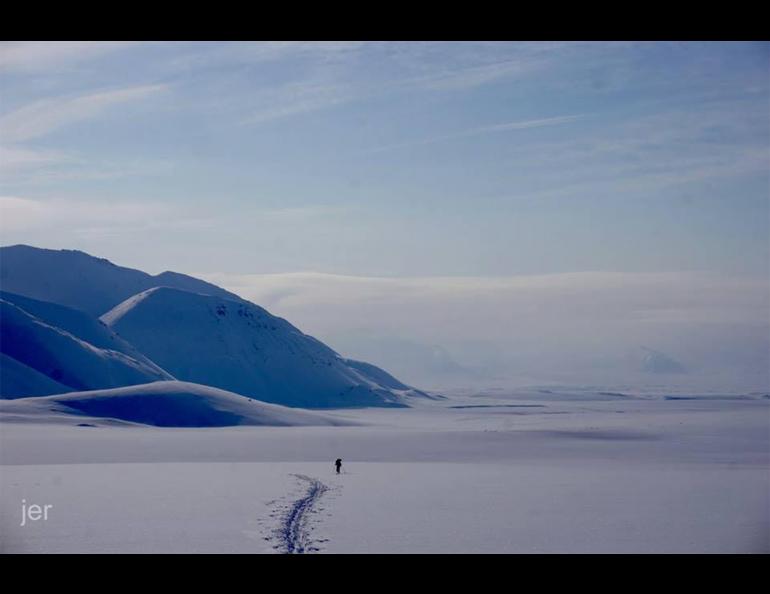 Skiing in the Brooks Range

Frequency Regulation and Skiing in the Backcountry

“Beep-beep, beep-beep!” You wake to a cheap Casio, bought just for occasions like this. It’s 5 a.m. Who even uses a watch anymore?

But you don’t have your phone with you because it would be too heavy. And there’s no cell service for hundreds of miles. And the battery wouldn’t last long in these temperatures.

You peek out from the damp cocoon of a down sleeping bag. Squished up against another large shivering man in a tiny tent, flapping in the wind. Your body hovers on the border between warm and cold. The last thing you want to do is open the bag and expose your damp body to the elements as you struggle to get dressed in the cramped space.

The same thoughts go through both your minds as you lie there. You are several days into a several hundred-mile ski traverse in an Arctic mountain range.

Finally you make your move. The delicate equilibrium between warm and cold immediately tanks as your body temperature drops, exacerbated by the dampness. A sense of urgency dominates your movements. You want, need, to get moving as soon as possible to build up some heat. 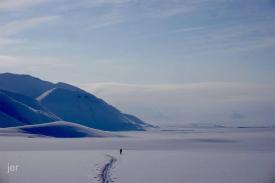 You look at the frozen blocks of ice that are your leather ski boots. You now wish you had slept with them to keep them thawed. You slam your feet into the ground, trying to force them into the unpliable boots. The laces will be done up later after skiing has sufficiently melted the boots. The most important thing is to start moving, and you break down the tent and start skiing away as quickly as possible.

The warmth starts to work its way through your body again. Starting at your heart and working towards your limbs and then your fingers and toes. Breakfast will come later when you’re warm enough.

It strikes you how similar this is to an electrical power system. Like many things in nature and in the man-made world, your body is experiencing the steady-state and dynamic effects of an energy balance system. You just experienced the equivalent of a frequency nadir. It’s strange what you think about in times like this. Along with how warm and comfortable your cubicle is and how much you would like a bacon cheeseburger.

But back to the power system. Best not to think about cheeseburgers. You were initially in a stable state, though barely so, where the energy input was just equal to the energy output. There weren’t any reserves.

When the sleeping bag zipper opened, the heating demand on your body suddenly increased. Your body has some inertia that controls that rate at which your body temperature drops in response to this added load while your body tries to respond and pump more heat out. At some point, you reach your lowest body temperature, before your body starts to build it back up again. Right around when you are slamming your feet into those blocks of ice.

When you do enough of these trips, you start to recognize the response types of different bodies. Some bodies have low inertia and quickly drop in temperature but, if caught in time, can quickly recover as well. While other bodies seem to have much longer time constants. They don’t seem to have a problem until they do, and then it is serious and takes a long time to recover. You recognise yourself as more of the latter. Or maybe it isn’t a question of inertia, but rather acceptable operating bounds.

Back to power systems, perhaps your body has opened its voltage and frequency windows wide. While other systems are tripping breakers and dropping service to their fingers and toes, your body is still chugging along, dropping multiple hertz in system frequency before opening those breakers.

This really gets at the question of robustness vs. resiliency. In the above scenario, your body is being robust but not resilient. It has fewer outages, but, when it does have an outage, it’s bigger, worse and takes a longer time to recover.

You rather like your style of body. You like being able to handle a wide range of temperatures. But maybe that’s because you haven’t had to deal with the serious consequences of a systemwide shutdown. You still have, to some degree, a young, hot-blooded and unscarred system.

Others with a few more years in the backcountry have had more than a few outages to the outer fringes of their transmission system. Those breakers now have a very narrow frequency and voltage band and will trip very quickly. You know that you have multiple socks and ski booties in your future.

Really, your body performs an energy balance equation on many temporal scales. On the shorter time scale, it is calculating how much heat it is able to put out and whether it should drop service to some of the appendages. On a longer time scale, it is trying to conserve fuel. We evolved over the years with limited food supplies. As a result, your body will try to conserve energy as much as possible. Sometimes at the expense of your toes. You want to scream at your body, “I have lots of calories! Burn faster, keep me warm!” But then, six days into a four-day trip, you wish your body would burn a lot fewer calories.

In many ways, your body is more wise than you are. Bodies haven’t survived long enough to produce you by being otherwise. It balances resilience, robustness, efficiency and performance. As an electrical engineer, you tend to focus on efficiency, followed by performance, then robustness and lastly resilience. Resilience is so hard even to quantify. As an athlete, you would probably put performance at the top.

But nature isn’t an engineer or an athlete. It is operating on a much different time scale and optimizing a much larger set of equations. Maybe you could learn something from nature.

You look up from your skis. The sun has come up and you’re warm. Man, you love being a nerd. It really helps pass the time. On the other hand, you haven’t even noticed that mountain you just skied by. Maybe you should start paying attention again. 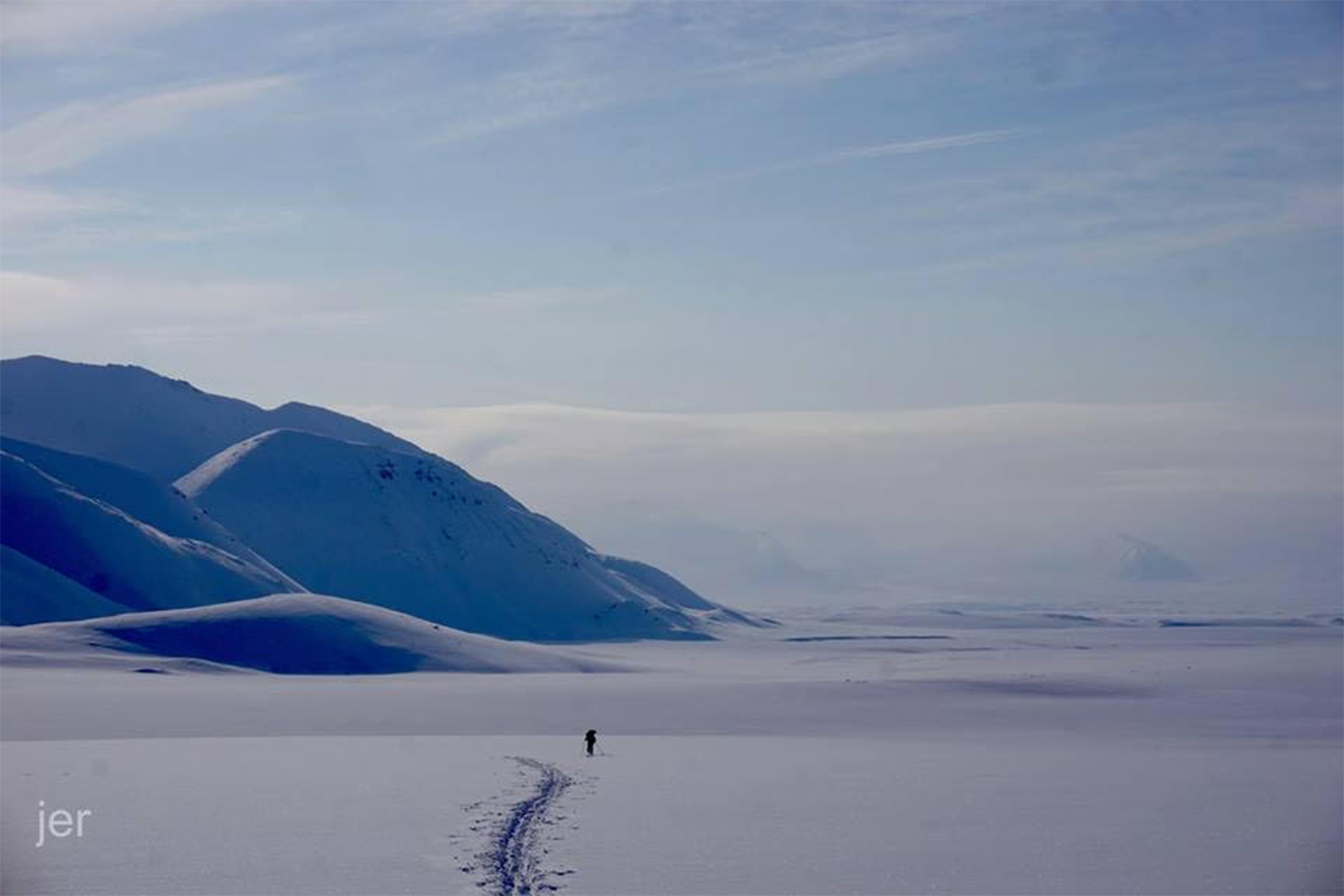 Skiing in the Brooks Range