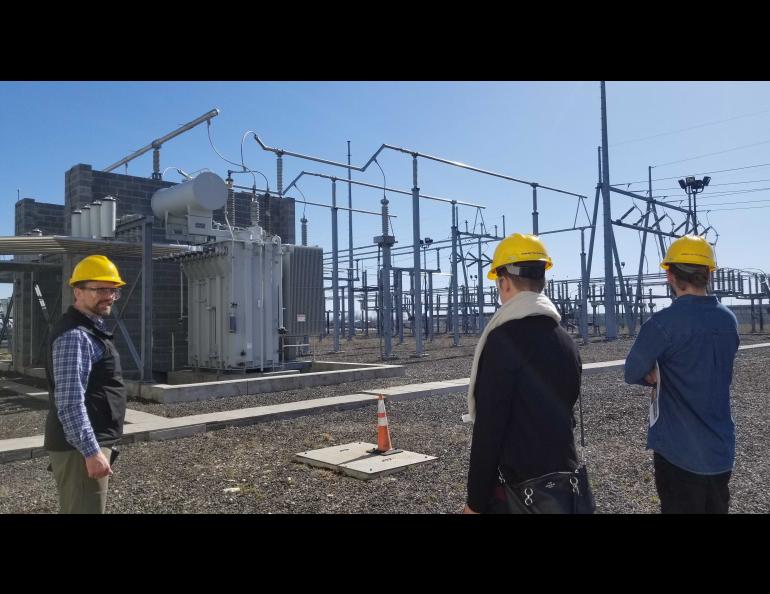 We take reliable electric power services for granted most of the time. When we flip on the light switch or plug in our toaster, we expect the lights to come on and the smell of toasting bread to waft through our kitchen. We rarely think about all the things that happen behind the scenes to get that power to our light switches and our appliance outlets at the exact moment we need it. The electric power system works flawlessly most of the time — sort of like magic. But when you pull back the curtain, there really is a lot going on behind the scenes as utilities work the levers — both literally and figuratively — that keep the power continuously flowing through those electric power lines and into our homes.

The power system depends on countless invisible transactions, from short- and long-term power purchases, to fuel contracts (for coal or gas), to arrangements that ensure enough spare capacity on the system to absorb sudden unpredictable shifts in demand. These shifts could be due to a singular event, like a transmission line going down or a large industrial motor coming online. Or they could be caused by unanticipated changes in consumer patterns, such as an increase in people working from home due to “social distancing” in response to the COVID-19 pandemic. Whatever the reason, we expect the supply of electric power to continually meet the demand, and so utilities need to be prepared at all times for the single biggest contingency (event) that could occur on their system in order to avoid an outage.

Right now, Alaska is taking a big step toward codifying some of the things that can smooth these transactions and ensure consumers have access to reliable power. Senate Bill 123 will form a new electric reliability organization, or ERO. It has passed the Senate, and appears to have a relatively smooth path through the House before landing on the Governor’s desk for final signature.

The part of the state that can immediately benefit from the formation of an ERO is Alaska’s Railbelt electric system. The “Railbelt” grid is an interconnected transmission backbone that extends 600 miles from the Kenai Peninsula to the greater Fairbanks region. Six electric utilities — each with its own generation sources — interconnect and operate along this network. To further complicate things, the State of Alaska also owns some stretches of transmission lines, as well as the Bradley Lake hydroelectric project. Bradley Lake is the largest hydroelectric project in the state, at 120 megawatts (MW), but in total there are over 2,000 MW of generating facilities connected to the Railbelt electric system — from coal plants in the Interior, to natural gas generation in the Cook Inlet and Mat-Su area, to wind farms and even solar panels on individual homes. All of these sources feed in one way or another into this single, interconnected Railbelt electric grid. The ERO will take the place of many of the informal practices between utilities in coordinating our electric power services, and will ensure future power generation and transmission projects are in the overall best interests of the Alaskans who share and depend on this network. 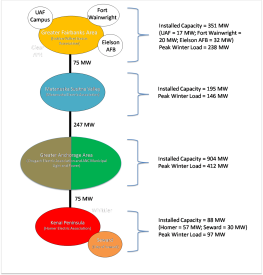 Schematic of Alaska’s Railbelt Electric Grid, and the six utilities that share it. Note the Fairbanks area has three connected but separately managed electric grids that connect to the GVEA system. Bradley Lake and the Eklutna hydroelectric projects are not included in installed capacity figures because they are jointly owned assets.

It’s a bit unusual for six electric utilities to share a total of only 500,000 customers. In contrast, PG&E and Southern California Edison each have over 5 million customers. If you were to start over today and design the most economic system possible for Alaska consumers, you would probably not choose to have six utilities, each with its own service territory and generation assets. However, when these utilities were formed, Alaska looked very different. There was no Railbelt electric grid, and Alaska was much more of a frontier state. Each small community came together to form their electric cooperative or municipal utility to serve the specific needs of their residents and industries. For example, mining was the primary driver of electrification in the Interior at the turn of the century, while the Matanuska Electric Association was formed to meet the needs of farmers in the Palmer area. Today, the footprint of each utility has changed substantially, along with Alaska’s population and energy demand. And gradually, over time, all of these independent and isolated utilities were connected through transmission lines via a network we now call the “Railbelt” electric grid — because its transmission backbone roughly follows the route of the Alaska Railroad.

One thing the newly formed ERO will do is help make decisions about the development of new power plants to serve the Railbelt. The new ERO will be governed by a mix of utility and nonutility stakeholders, which means voices for renewable energy, independent power production and consumer advocacy groups will all be heard. Important decisions about when and where to invest in new generation (and transmission?) will no long be left to the discretion of individual utilities. Instead, these multimillion dollar decisions will now be informed and guided by a public planning process through the ERO. The Regulatory Commission of Alaska will have authority to approve the plans, as well as all new large electric utility infrastructure projects.

Another potential role of the ERO will be to develop nondiscriminatory protocols that allow open access to the electric grid for independent power producers (IPPs) by developing standard tariffs and common standards for interconnection. If you think of the Railbelt electric grid as akin to a highway, this is analogous to establishing clear and fair rules for who can drive on the system, how traffic merges on and off the highway without disrupting traffic, and when and how tolls are paid. Since many of these IPPs would like to transmit and sell electricity generated from renewable energy sources, these transmission protocols could help add significant new renewable power to the grid without our member-owned utilities needing to invest scarce resources and management effort into building those projects.

Our electric system is constantly evolving to meet the changing needs of consumers, incorporate new technologies, and respond to emerging threats. To meet those needs and combat threats, it makes more sense than ever to work more closely together. Cybersecurity, for example, is a real game changer in our modern world. Coordination and a more sophisticated grid reduce our collective risk, which the ERO will address by mandating cybersecurity (and physical security) standards and protocols as part of the reliability standards.

There are still some other opportunities for improving the operation of our electric utility system on the Railbelt — particularly related to economic dispatch (running the least-cost generator first, no matter who owns it). Nonetheless, the formation of the ERO is a really important step in the right direction and one that mirrors best practices in other markets. At its core, the new ERO will bring the right people together to build trust and provide a structure where we can have meaningful discussions about potential shared future benefits, or react to an unexpected event like a cyberattack or an earthquake. In either case, the ERO provides a mechanism to make thoughtful decisions that will strengthen the “backbone” of Alaska’s electric system for the benefit of Alaska’s residents and industries — today and in the future. 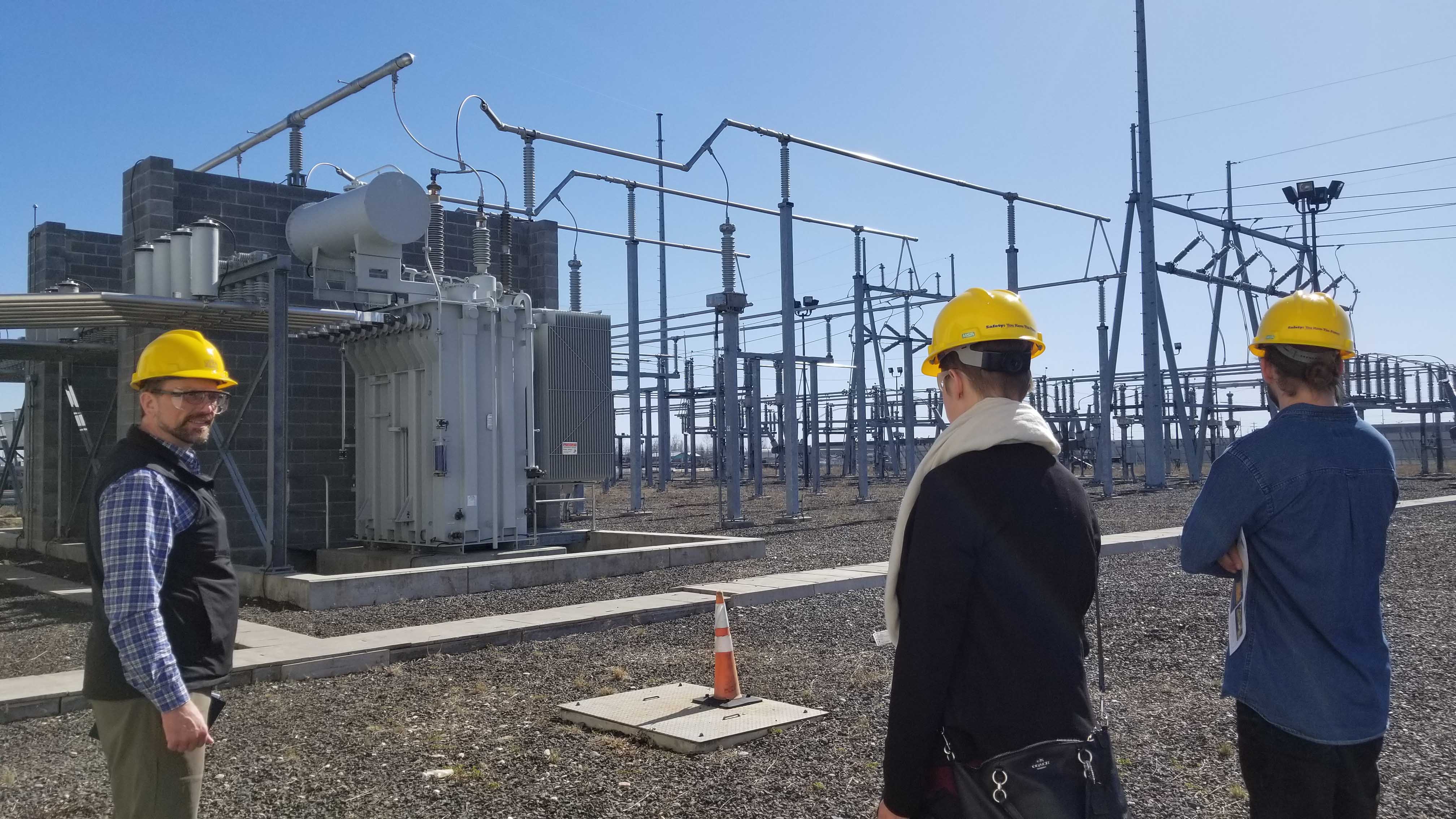