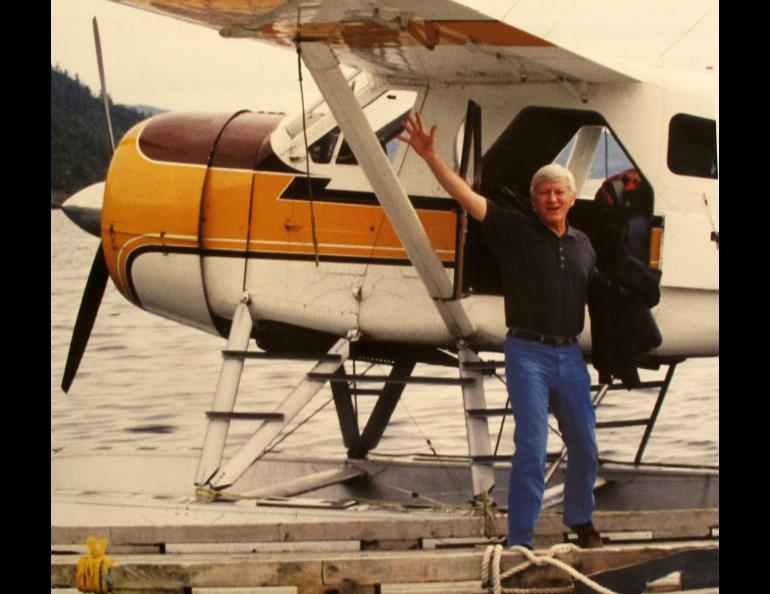 Sentman, a professor emeritus at the University of Alaska Fairbanks’ Geophysical Institute, retired from the university in spring 2011. This gave him more time to follow a remarkable sense of curiosity that was evident as his brothers sorted through Sentman’s belongings at his Fairbanks home. There, they noticed a birch tree strung with wires hooked to a computer; Sentman was using the tree as an antenna, trying to pick up “Schumann Resonances,” a natural, lighting-generated hum felt around the globe. Some people have suggested our brains resonate with the frequency; Sentman wanted to see if a living organism reacted to it. At the time of his death, the birch tree had not.

Sentman had a background unique among his peers — born in Iowa farm country, he entered the Air Force when he was 20 and served in Japan during the Vietnam War. Following that, he was a Peace Corps volunteer teaching physics and math in Kenya. He started an academic career at the University of Iowa in the 1970s and studied with James Van Allen, a giant in the field of space physics. After earning his doctorate in physics, Sentman moved to California to work at the University of California Los Angeles. He came to Alaska in 1991 to begin work at the Geophysical Institute.

Due to his expertise and likeability, Sentman was a sought-after authority on electricity in the atmosphere and beyond. He once told a colleague his field of study was due to opportunity and following his interests rather than the fact that a lightning strike killed his father when Sentman was six-months-old.

He gained worldwide notoriety in the mid-1990s when Sentman was part of a Geophysical Institute team that captured sprites in all their fiery glory on video from two NASA aircraft circling thunderstorms over the Midwest. Other researchers had documented the flashes that fire upward from thunderclouds before, but the UAF team captured them in exquisite detail, sparking interest from researchers and non-scientists. After a dinner with his friend Kathy Berry Bertram in which they pored through books, Sentman named the flashes “sprites.” He thought the definition of a woodland nymph that can be seen only from the corner of one’s eye was apt. He was careful not to assign a scientific name because sprites were at the time so mysterious (He later pointed out that sprites occur about once every minute above thunderstorms somewhere on Earth). He and his colleagues also developed initial theories and models for the mechanisms that generate sprites, blue jets and similar spectacular but short-lived phenomena.

At the largest gathering of Earth scientists in the world, the American Geophysical Union’s annual fall meeting in San Francisco, Sentman often convened sessions on atmospheric electricity. In 2010, AGU officials chose him to give the prestigious hour-long Franklin Lecture named after Ben Franklin. For his unique and lasting contributions to the field of atmospheric electricity, members of the AGU Council in 2011 elected Sentman as an AGU Fellow, an honor bestowed each year on less than 0.1 percent of the members of the organization. His colleagues nominated Sentman for the award before his sudden death.

Following are comments from some of Dave Sentman’s coworkers, students and friends.

Daisy Huang, a UAF graduate student in one of Sentman’s physics classes:
He was a very warm, funny man with a gentle, kindly face and demeanor that put me in mind of a beloved pediatrician. . . He went off on so many tangents in the middle of his lectures that I was always amazed that at the end of the semester, he was always right on schedule with the syllabus.

Earle Williams, Sentman’s friend and fellow examiner of atmospheric electricity at the Massachusetts Institute of Technology:

Dave really brought the whole field (of studying Schumann Resonances) back to life again in the early 1990s by using a personal computer with digitizing boards. Virtually everyone followed his approach . . . He was always interested in exploring new terrain.

(On Sentman’s humble delivery of the Franklin lecture): He notably promoted people other than himself. I think people respected him a great deal for that. He was understating what his contribution was.

(On Sentman’s sprite research, performed with Gene Wescott and Dan Osborne): NASA adopted a whole new area of research because of those three . . . That was the power of Dave Sentman. He had the background to interpret what they did and make the best science out of it.

He felt the whole field of atmospheric electricity was very important, and he felt strongly about doing something different. He would never chase the money (by writing proposals on popular subjects). He would do his own thing.

Syun-Ichi Akasofu, the Geophysical Institute Director at the time of the sprites work:

He was always one or two steps ahead of everybody, that’s a difficulty he faced. Some reviewers didn’t understand what he was doing.

Dan Osborne, retired camera, video and logistics expert from the Geophysical Institute who suggested to Sentman that sprites work could be done from smaller aircraft than the Space Shuttle:

He was a very curious guy about everything. As a kid, he and his brothers would stare at the night sky and memorize all the stars’ names. And he still remembered them.

(On Sentman’s night-owl lifestyle): Dave would show up at noon and he’d be there in the morning ready to go home when I showed up at 7 a.m.

He had an unbiased curiosity. He was so open-minded it led to a lot of serendipitous discoveries.

It always seemed to be the night before a big physics assignment was due that one of us graduate students would get "Sentmanned." Dave would come in all excited to share the latest cool new analysis tool, scientific result, or computer technology. These sessions might last two hours, late into the night.

A regular staple of the travels (to South America to study sprites or to rural Alaska for other space-physics work) was a late night wrap-up dinner and then coffee, discussing the day and the science issues we were working on. Whether traveling or at Sam's Sourdough Cafe in Fairbanks, Dave had a tremendous influence on me

Dolores Baker, a friend at the Geophysical Institute:

Shortly before Dave left us, I said, “It’s a good thing you’re retiring while you’re young and healthy, so you can enjoy it.” He said to me, “I’m one of the lucky few. I enjoyed what I did for a living and had fun with it.”

This column is provided as a public service by the Geophysical Institute, University of Alaska Fairbanks, in cooperation with the UAF research community. Ned Rozell is a science writer at the institute. 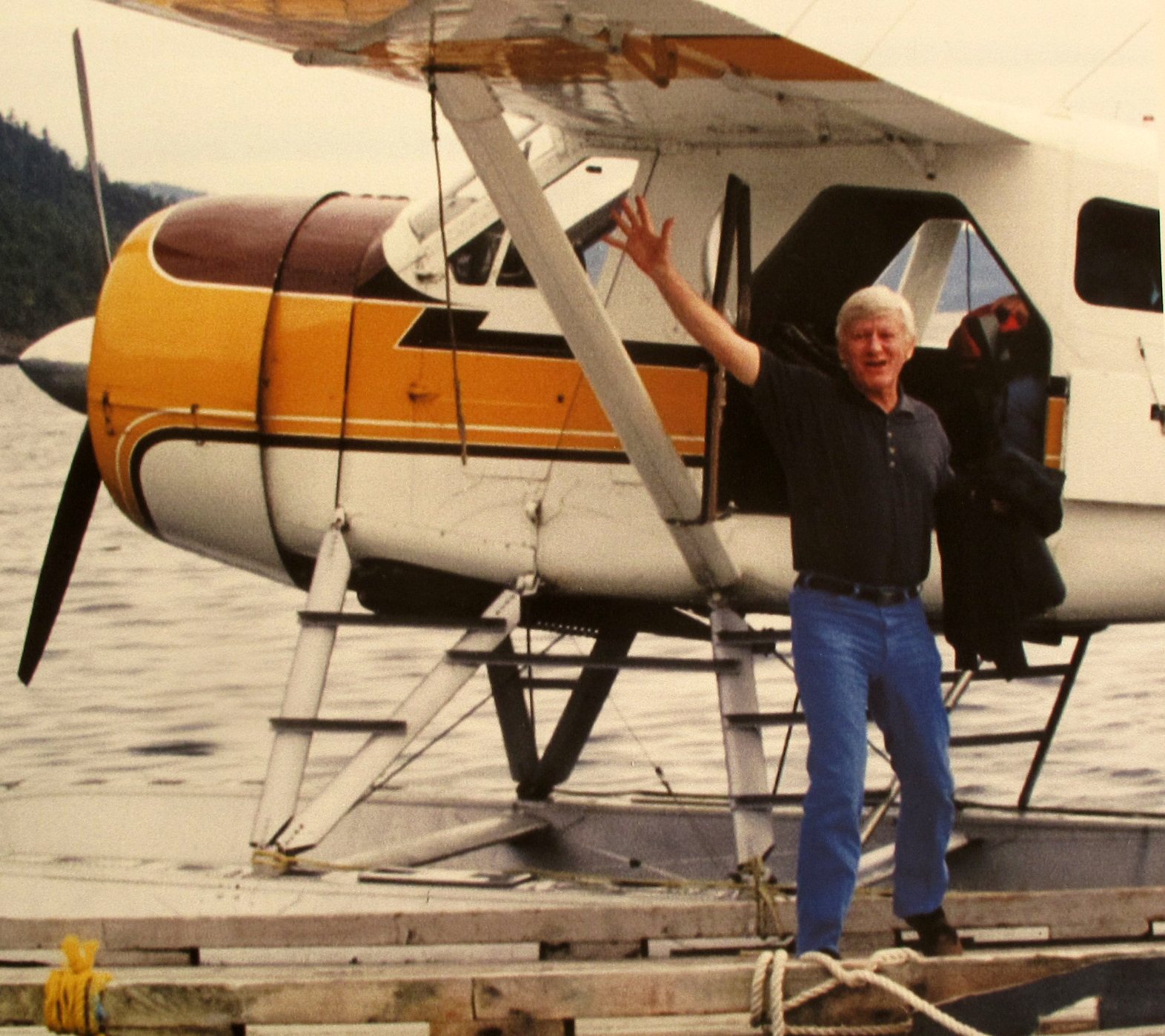