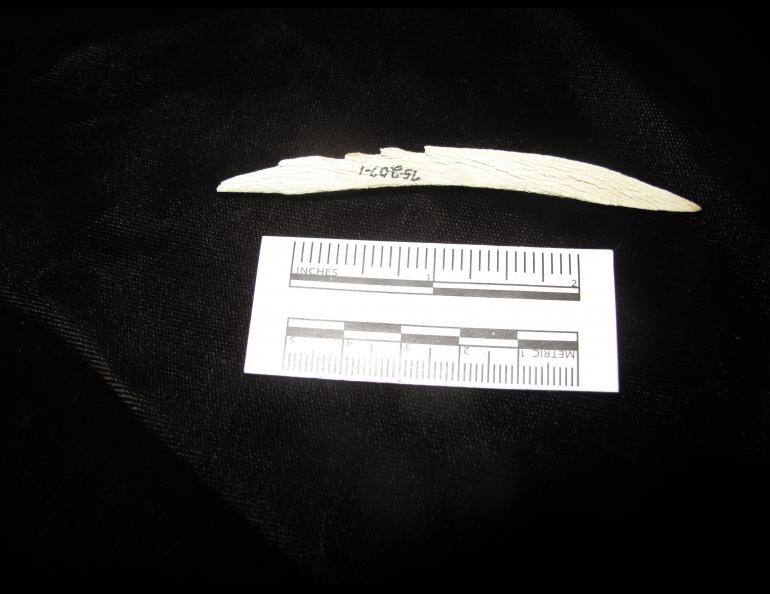 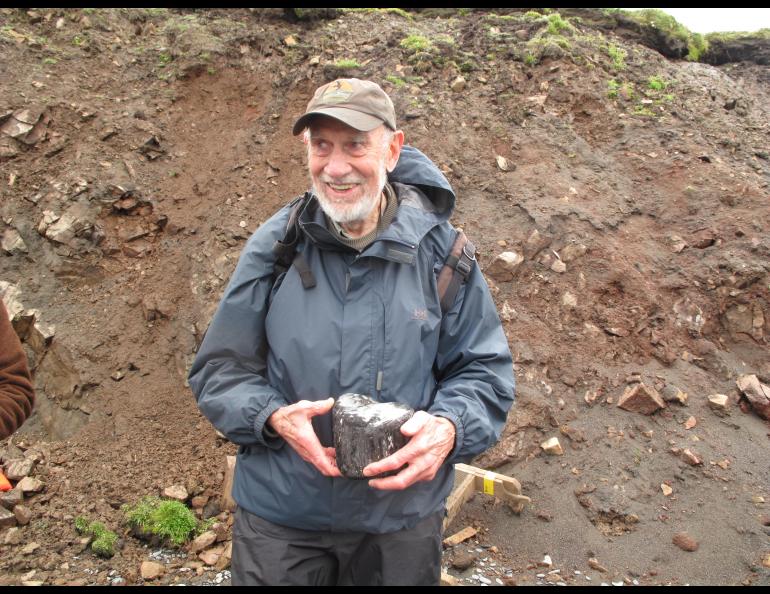 Ecologist Dave Klein with a piece of petrified wood he found on St. Matthew Island in 2012. Ned Rozell photo.

Arrowheads lost (and found) in time

Dave Klein was 47 when he kicked into a scree slope in Atigun Canyon and saw something unusual in the rocks below. He reached down and picked up a three-inch wedge of bone or antler that had been worked into points on each end. One half of it had notched barbs.

Klein was 88 when he was hiking near Atigun Canyon with students on a field trip through the Brooks Range in June 2015. As he scanned the ground beneath his feet, the UAF emeritus professor of biology and wildlife again saw something foreign. This time it was an arrow with a carbon-fiber shaft and a metal broadhead sporting three blades sharp as a razor.

Picking up the arrow, Klein thought back 41 years, to 1974. Industry prospectors had discovered oil near Prudhoe Bay. An 800-mile pipe and the road needed to build it were coming soon. A possible pathway was through Atigun Canyon, rocky high country preferred by Dall sheep. Bob Summerfield, a graduate student advised by Klein, was studying the sheep before the construction to see what a road and pipeline might affect. (The pipeline was routed out of Atigun Canyon just before Summerfield’s thesis was printed.)

Klein enjoyed getting outside with his graduate students (he advised 66 during his long UAF career). He is also a good observer. When in 1974 he saw what he thought was a weapon point, he picked it up and put it in his backpack. He donated it to the University of Alaska museum when he returned to Fairbanks. It is still there, in a drawer.

The specimen is probably the tip of an arrow, said Josh Reuther, archaeology curator at the museum. Natives in the area used bow and arrow technology since at least 3,500 years ago. Because the upper canyon is somewhat dry, the arrow tip Klein picked up in 1974 could have been exposed for a few thousand years, Reuther said.

Reuther thinks the arrow tip was probably secured to a wooden arrow shaft by a socket also made of wood. Those parts, along with feather fletching and the bow and bowstring, probably decomposed long ago.

But the arrow tip endured, as did the metal broadhead tip and the carbon-fiber shaft Klein picked up in 2015.

At his home near the university, which is museum-like for the petrified wood, feathers, bones and other keepsakes from a life in Alaska, Klein likes to hold the modern arrowheads and think who might have lost them. He thinks the person was hunting caribou or maybe sheep at the base of a steep slope not far from a mineral lick Summerfield noted in the 1970s. The modern hunter, he says, was in a way similar to the ancient one.

"They were all using the best technology available," he said, noting that the hunter using carbon-fiber arrow shafts could not use a rifle in Atigun valley because hunters are restricted to bowhunting within five miles of the highway.

Possibly separated by thousands of years in time, the hunters chose the same spot.

"If there is a good view and access to resources, we see prehistoric artifacts and early historic and modern artifacts just like what Dave found at Atigun," Reuther said. "We have areas in Alaska where the same bluffs or hills have been used time and time again over 10,000 years." 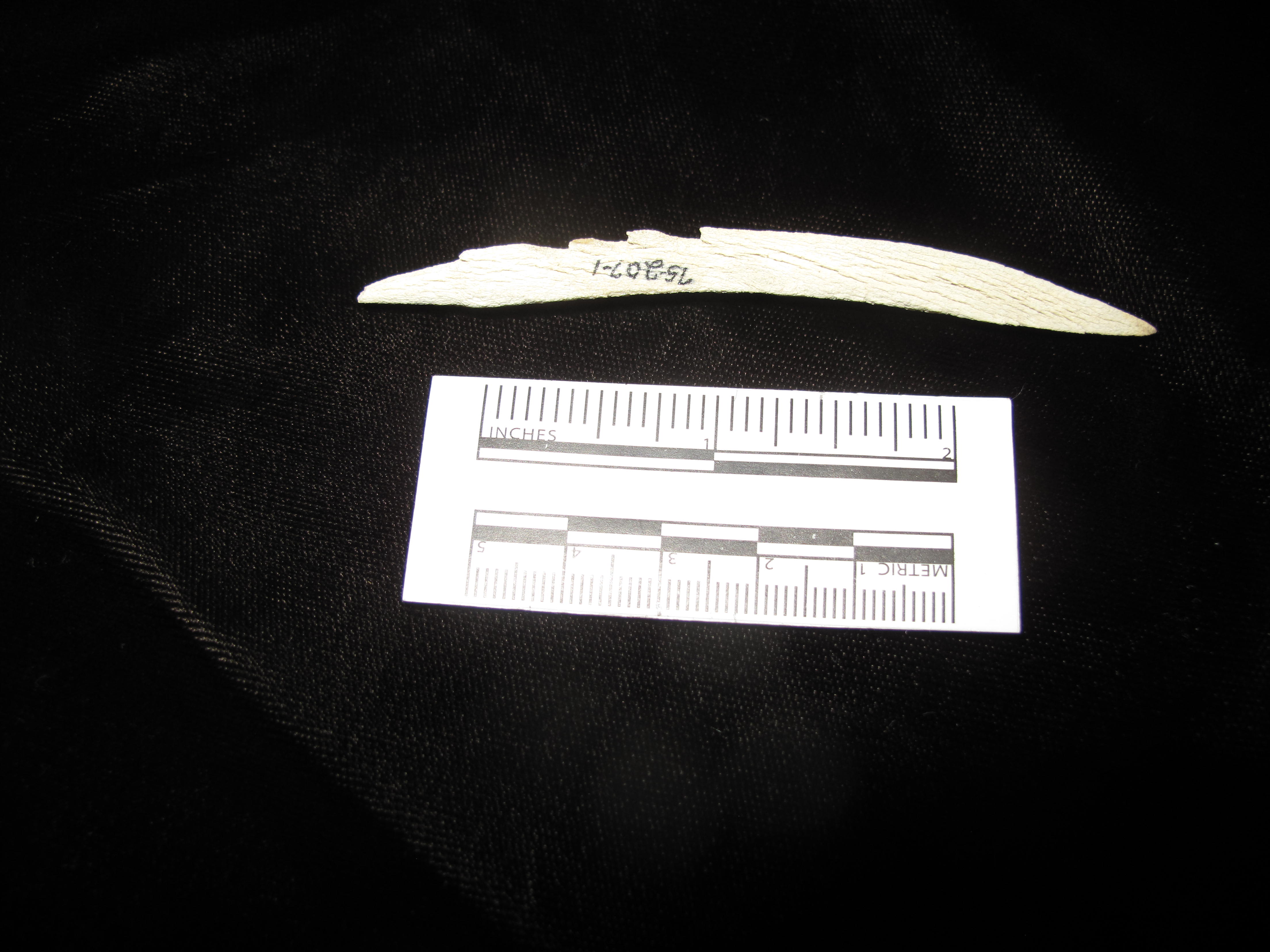 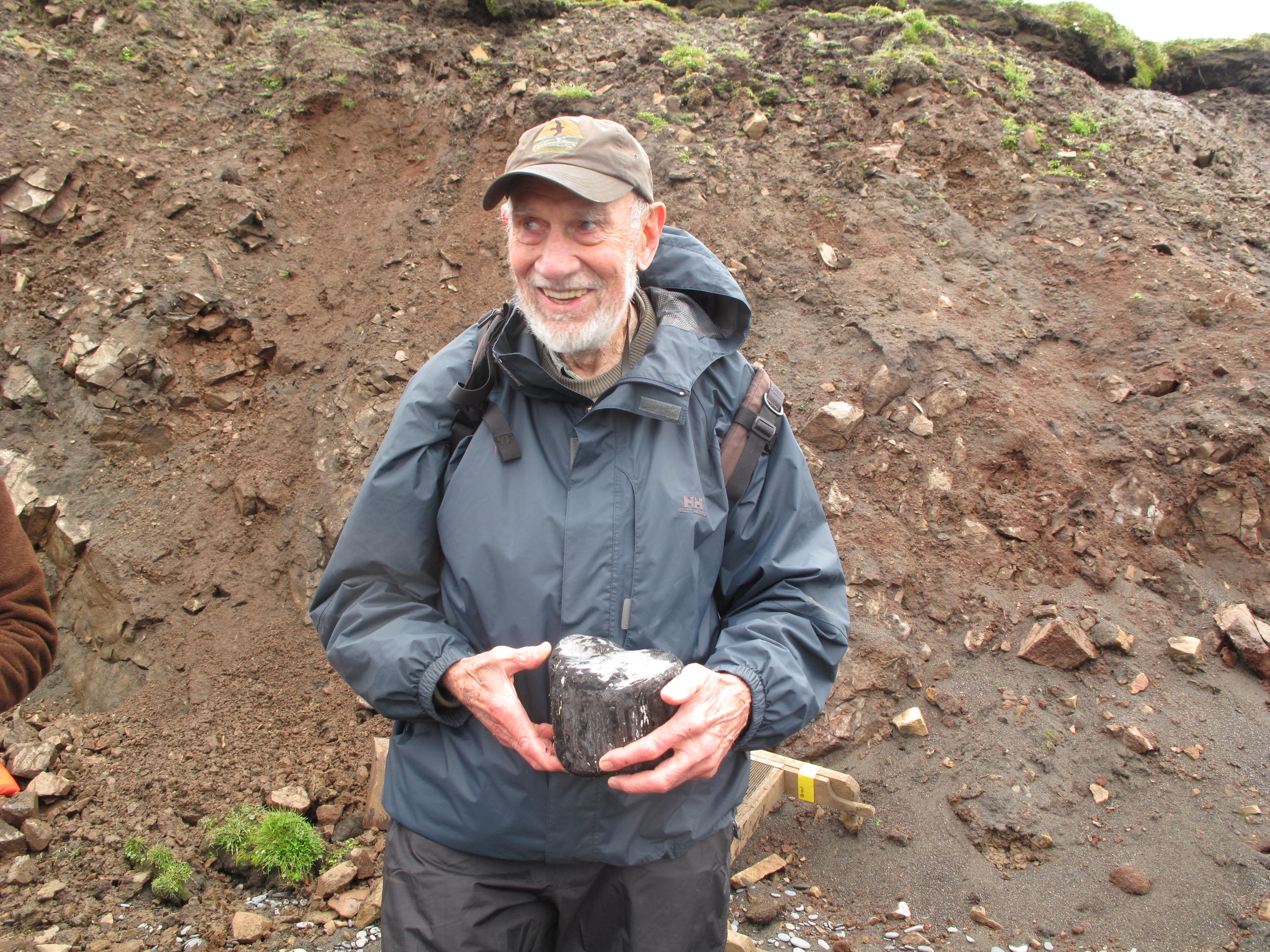 Ecologist Dave Klein with a piece of petrified wood he found on St. Matthew Island in 2012. Ned Rozell photo.