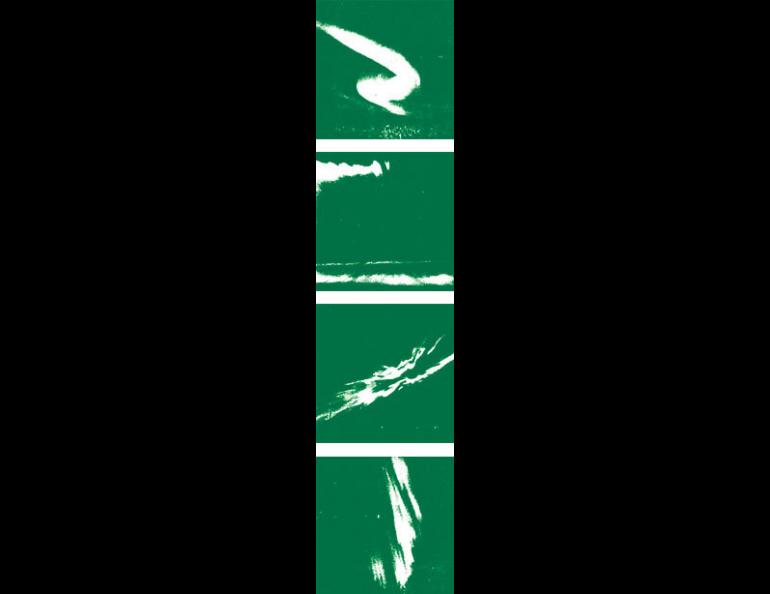 Images of the Aurora.

Cultural Eskimo views on a person's destination after life vary widely from Alaska to Greenland. Eskimo parents of the Mackenzie region must always remember that the soul of the departed may enter the body of a newborn child where it will remain until death--unless that child be punished too often, in which case the spirit will leave. In other regions, the departed spirit goes to various levels of afterlife, the hereafter depending upon behavior in life and the manner of death.

A person who dies of sickness or other routine cause and who has not been a good person in life generally will end up in a bad place. That place may be beneath the sea or perhaps down in the bowels of the earth. The bad place is not necessarily a site for punishment, the views differ from Alaska to Greenland, but it may be very dark there, much snow and ice cover the land, and it is always stormy.

In general, it is believed that there is no assurance that life in the final land will be better or worse than here on earth. There can be a sort of intermediate form of the hereafter which may be rather monotonous to live in but which will be free of cold and hardship.

The better places to go are one of the levels of heaven, the highest of which is in the aurora borealis. This is a happy place where there is no snow or storm. It is always bright, and there are many easily caught animals. A common belief is that the aurora is caused by the spirits playing ball. They are playing football with a walrus head, and the contra-streaming movements of the lights across the sky are the evidence of struggles among the spirits.

The person who goes to the highest heaven in the aurora is the man who dies in the hunt, the person who is murdered or who has committed the noble act of suicide or the woman who has died in childbirth. It helps if one has always been generous to the poor and starving.

Among some Greenlander Eskimos, the aurora is thought to be caused by the spirit of stillborn or murdered children playing ball with their afterbirths. The Copper Eskimos view the aurora as the manifestations of the spirits that bring fine weather. In Alaska it is known that the aurora will come closer if one whistles at it. It also has been said that the aurora will cut your head off if you whistle at it. Prior to 1900 it was written that the Eskimo of Point Barrow were afraid of the northern lights and carried knives in self-protection. Further protection could be gained by throwing dog excrement or urine at the aurora. Others believe that one must be careful not to offend the auroras because these ghostly spirits somehow control the supply of game and weather.

Images of the Aurora.