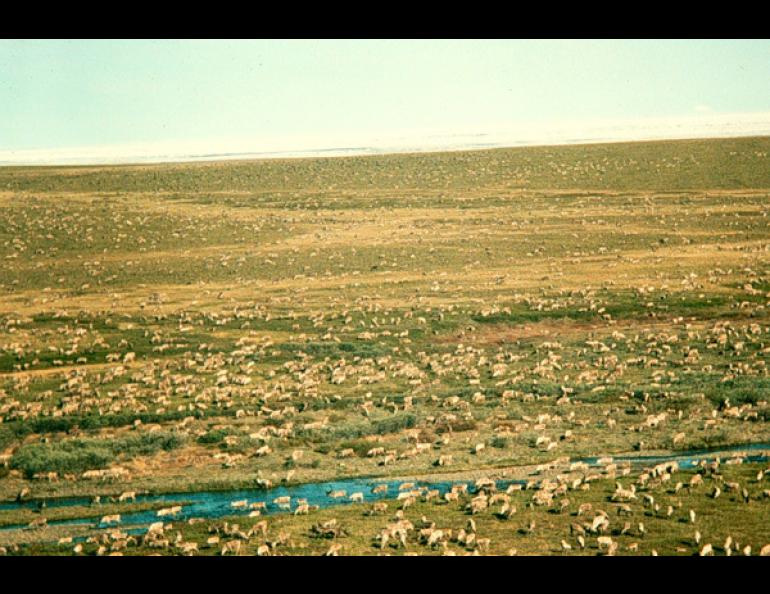 While at a meeting in Dallas recently, wildlife biologist Brad Griffith needed an item carried by few wildlife biologists--a three-piece suit. The head of the U.S. Geological Survey called Griffith to Washington, D.C. to testify before members of Congress, and his best clothes were back in Fairbanks.

Griffith bought a suit in Dallas, then flew to Washington to offer insight on how oil development in the Arctic National Wildlife Refuge might affect the Porcupine caribou herd. Griffith is a biologist who works for the USGS Biological Resources Division and is also an associate professor at the University of Alaska Fairbanks' Institute of Arctic Biology.

Griffith is one of several Alaska scientists now sought after by politicians as debate continues about oil drilling in the Arctic National Wildlife Refuge. Griffith has studied the Porcupine caribou herd for 10 years, and he and other scientists recently used a model to show policymakers the possible consequences of oil development.

The Porcupine herd consists of about 125,000 caribou that roam between the mountains of Yukon Territory and the arctic coast in Alaska and Canada, often crossing the Porcupine River during their spring and fall migrations. Gwitchin Natives in Old Crow, Arctic Village, and other villages have hunted the Porcupine caribou for centuries.

Before giving birth to calves, caribou in the Porcupine herd migrate to the coastal plain of ANWR or the foothills of the northeastern Brooks Range. After they give birth, on about June 4, their energy needs double as they begin producing milk for their calves. Caribou somehow know the best places to give birth, areas where they have access to the greatest amount of new plant growth, Griffith said.

Oil development in the refuge would affect caribou and their unique abilities to choose calving areas, but how much? Griffith and his colleagues evaluated seven different oil-development scenarios based on 20 years of data collected by biologists on the behavior of the Porcupine caribou herd. The different scenarios are based on how much development occurring in a section of the coastal plain called the "1002 Area." The federal government owns the 1002 Area, which, when combined with nearby offshore areas owned by the state and Native land to the east, adds up to almost two million acres of potential development. Griffith summed up his report for Congress by listing a few reasons why the herd may be more vulnerable to oil exploration in the 1002 Area than other Alaska caribou herds:

1. The Porcupine herd was the only barren-ground herd in Alaska that biologists determined to be in decline throughout the 1990s.
2. The Porcupine herd had the lowest capacity for growth among similar Alaska herds, including the Central Arctic, Western Arctic, and Teshekpuk Lake herds.
3. If the caribou in ANWR avoid roads and pipelines during calving, as do caribou in the Central Arctic herd, they may retreat to areas where food quality is worse than the coastal plain. When late snowmelt forces female caribou to calve in Canada and areas away from the coastal plain, calf survival during June is 19 percent lower than when they calve on the coastal plain and in the 1002 area.

As the debate about opening ANWR continues, Griffith and other scientists will continue to be the experts consulted by the leading policy makers in America. Griffith had a face-to-face chat with U.S. Secretary of the Interior Gale Norton last spring and has talked with other influential politicians, but he wonders if those making the decisions can see past their biases on the ANWR debate.

"It's been an incredibly enlightening and frustrating experience, and not incredibly rewarding," he said. "Most people have their minds already made up." 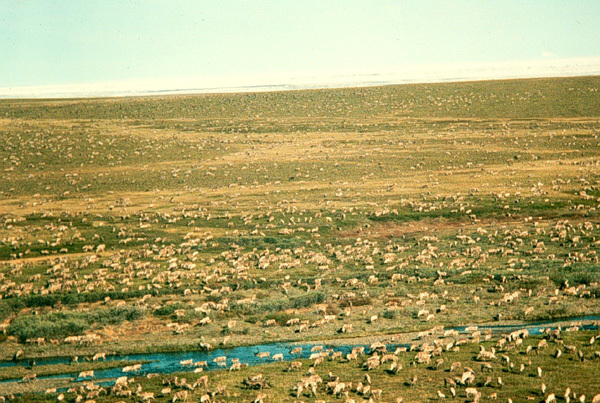