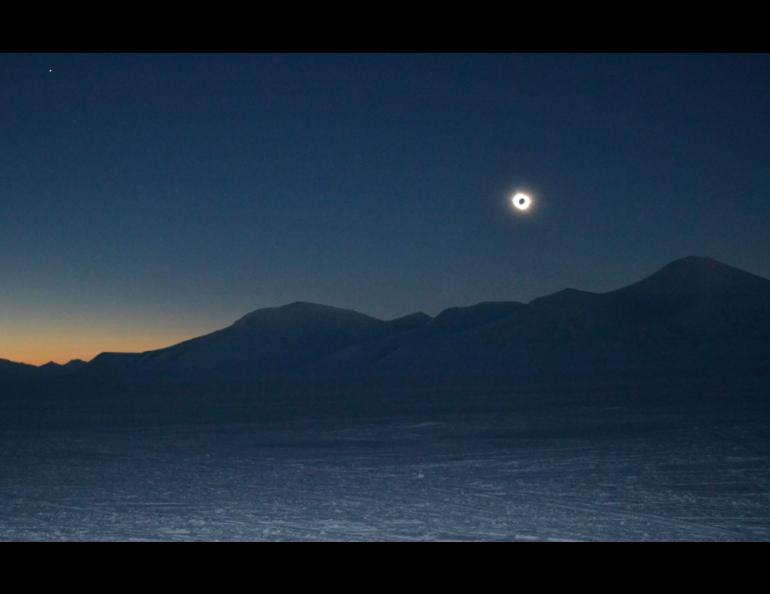 A scientist named Victor Hessler once made an aurora detector by driving two metal rods in the ground a few hundred feet apart and stringing a wire between them. When voltage changed along the wire, a bell rang. Hessler then pulled on his boots and went outside to take black-and-white aurora photos.

During the recent St. Patrick's Day geomagnetic storm, people all over North America became aurora detectors. They used tools that weren't imaginable when Hessler was looking up in the 1930s. Aurorasaurus.org lit up with tweets and messages during those hours of turbulent, lovely space weather, producing a sort of "nowcast" for the northern lights.

That's one of the goals of the site's creator, Liz MacDonald. She's a space physicist at NASA Goddard Space Flight Center in Greenbelt, Maryland. Her dream, after a 2011 solar storm that produced red auroras visible from Alabama, was to enlist people as aurora observers using social media.

"I had heard of Twitter, so I got online that night and could see a lot of people recording their observations," she said. Her light bulb was lit, and in the years since she has gathered other scientists and secured research funding to create a website where people can share aurora sightings and images.

"This is the first solar maximum (an 11-year period with above-average activity on the sun) with social media," she said.

She is hoping the website, which increased in subscribers by 100 percent after the St. Patrick's Day storm, will be more than an alert system for the presence of aurora overhead.

One of those citizen scientists could be at the footprint of a magnetic field line while a spacecraft measures it, she said. Another feature she'd like to figure out is how to alert people to a special color of aurora.

"Our best forecasts don't predict what the color will be," she said. The red that forms really high up can be seen hundreds of miles farther south."

To use Aurorasaurus, people don’t need a Twitter account. Users can install mobile apps and sign up for alerts that are a modern version of Hessler’s bell.

Several scientists around the U.S. are helping with Aurorasaurus.org, including Don Hampton and Jason Ahrns of UAF's Geophysical Institute. The researchers are trying to marry the complexity of space physics with the ubiquity of cellphones and curious, helpful people.

"We're trying to build a community to help each other (see the aurora) and to help us (study the aurora)," MacDonald said.

UAF oceanographer Mark Johnson is in Svalbard teaching and doing sea ice research. Last week, he captured this photo of a total eclipse of the sun from a remote fjord south of Longyearbyen. Venus is the planet at top left.

“It was wicked cool,” he said. “A bunch of jaded scientists who had seen partial eclipses before all shouted like schoolkids during the three minutes of night. We could see the shadow rushing over us, like when a plane goes over. I was glad and lucky to be there.” 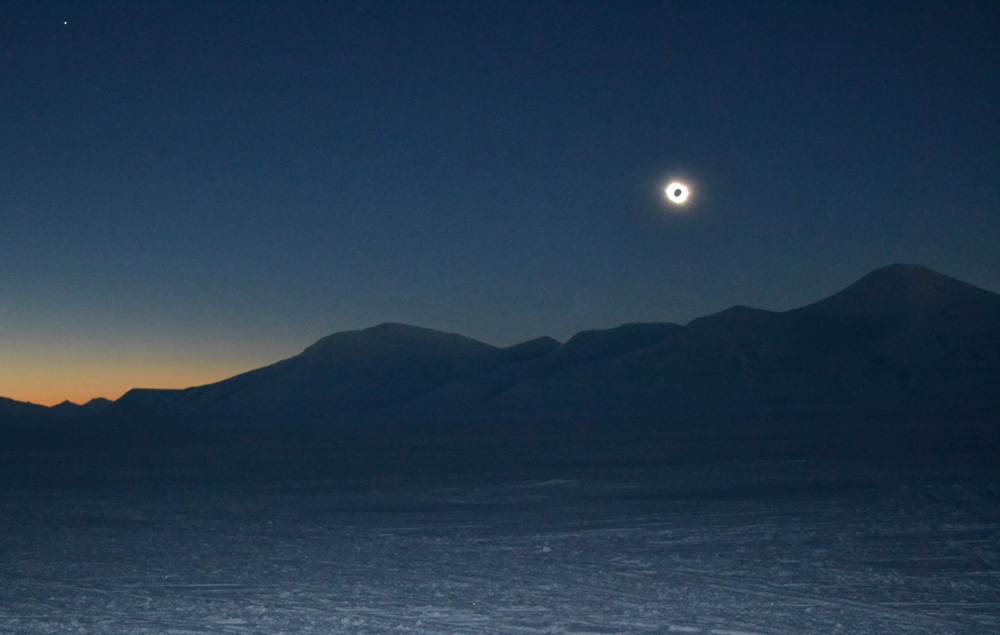