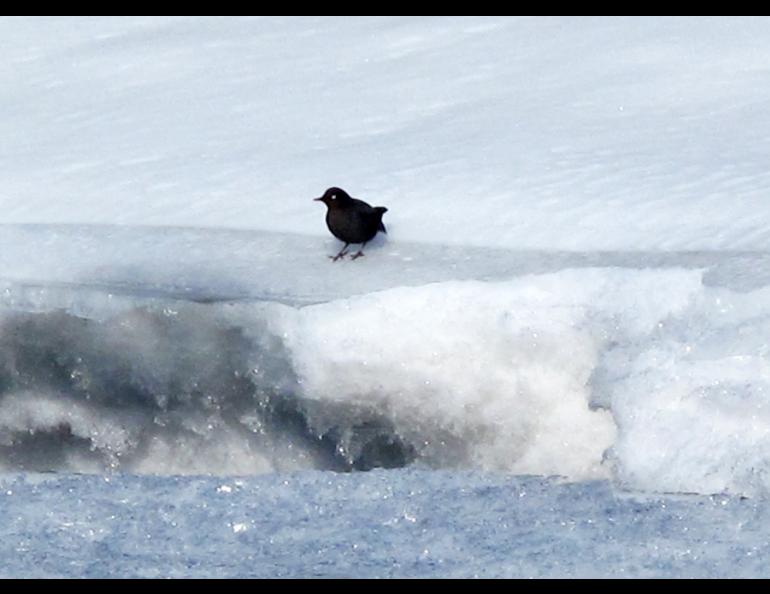 On the upper Chena River in the heart of a cold winter, a songbird appeared on a gravel bar next to gurgling water that somehow remained unfrozen in 20-below zero air. Then the bird jumped in, disappeared underwater, and popped up a few feet upstream.

The bird continued snorkeling and diving against the current of the stream, which is so far north that in December direct sunlight never touches it, instead bathing only the tops of spruce trees with a ruby light.

Soon, two other dark birds with bodies the size of tennis balls landed near the other. Bending from their knees, they bobbed up and down and then all three jumped into the stream. It seemed crazy behavior for a cold winter day, but swimming is how American dippers make their living, even here in Alaska, where they range as far north as the Brooks Range.

Mary Willson, a biologist, ecologist and consultant from Juneau, might be the only Alaska researcher who has studied the American dipper. She has pulled on her chest waders to follow dippers on waterways near Juneau’s road system, and she’s gotten to know a bit of the character of what she calls “a very cool bird.”

The dipper often feeds while flying underwater, using the liquid as it does another fluid, air. The birds also snorkel, swimming on the surface with their heads below the water surface. They sometimes pick up rocks on stream bottoms to find food underneath.

Dippers depend on clean, open water. In very cold places, the birds appear at openings in ice caused by water upwelling, and dippers can dive through one hole in the ice and emerge from another one. Near Juneau, dippers sometimes appear at deltas where streams flow into the ocean.

Dippers eat aquatic and flying insects and are skilled enough to catch small fish, Willson said. She has seen a dipper with four tiny fish in its beak at once. Another time, she witnessed a dipper catching a four-inch fish called a sculpin.

“It had to beat that one on the rocks until it was in enough pieces to eat.”

Willson thinks the dippers can survive the transition from 32-degree water to subzero air because of their feathers, which are denser than other songbirds’, and large oil glands near the base of their tails. They dip their beaks in the oil glands and wipe oil on their feathers, perhaps to keep themselves waterproof. Dippers also have flaps that cover their nostrils while diving. And, according to the Birder’s Handbook by Paul Ehrlich, David Dobkin, and Darryl Wheye, “these birds are able to forage on the bottom of streams in which the current is too fast and the water too deep for people to stand.”

Nobody knows how dippers survive the cold, dark winter in northern Alaska and the Yukon. Willson said scientists have studied the effects of severe winters on the similar European dipper, which ranges above the Arctic Circle in Scandinavia. They have found that extreme cold spells kill many of the birds. She wonders how dippers in the far north don’t perish in the frigid air temperatures and during the long nights between the three-to-four hours of twilight.

“They are visual hunters,” she said. “In the pits of winter, they’d have to hurry-scurry to get enough food in the time where there’s light to hunt.”

The Alaska Science Forum has been provided as a public service by the Geophysical Institute, University of Alaska Fairbanks, in cooperation with the UAF research community since the late 1970s. Ned Rozell is a science writer at the institute. 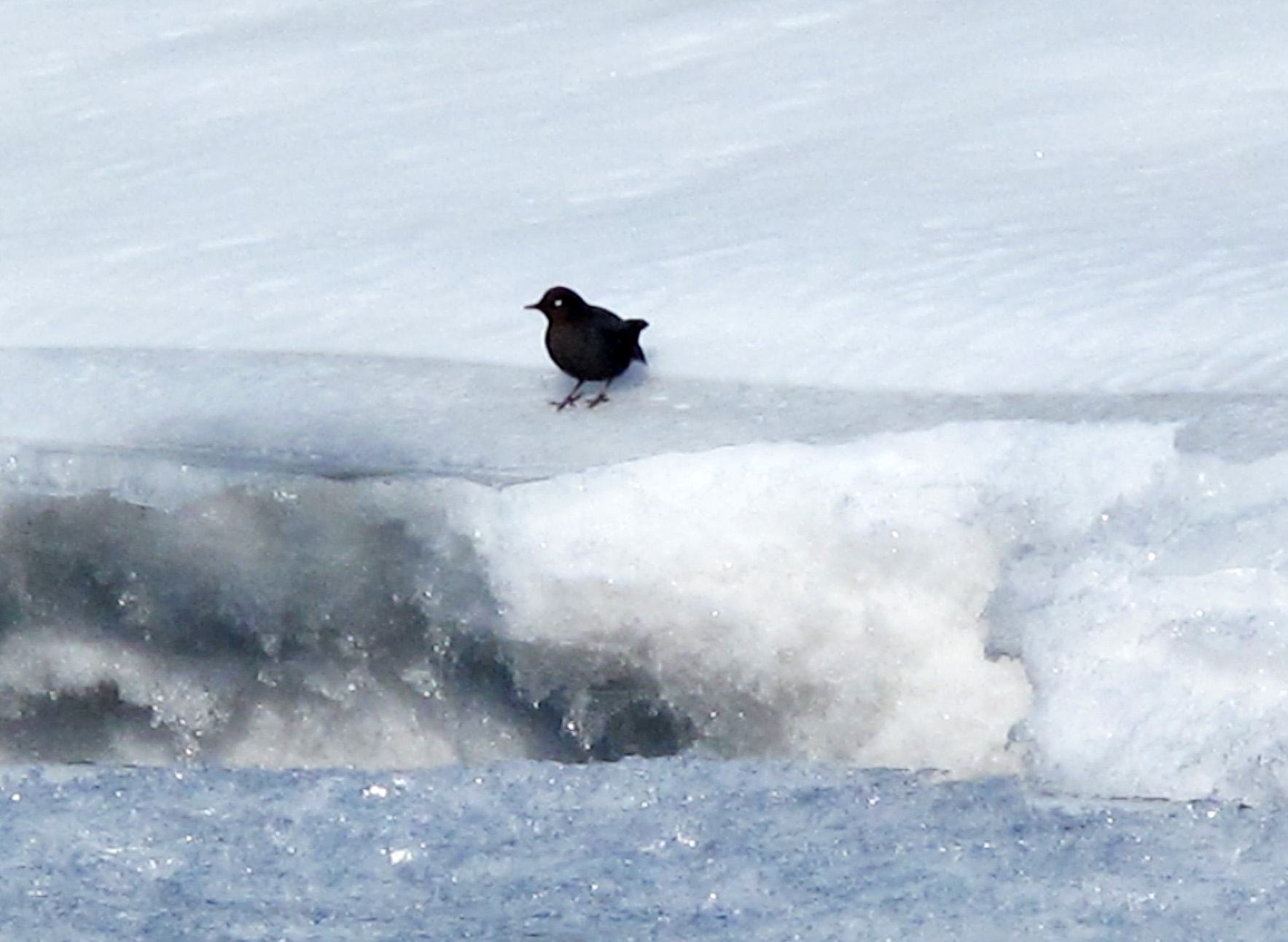