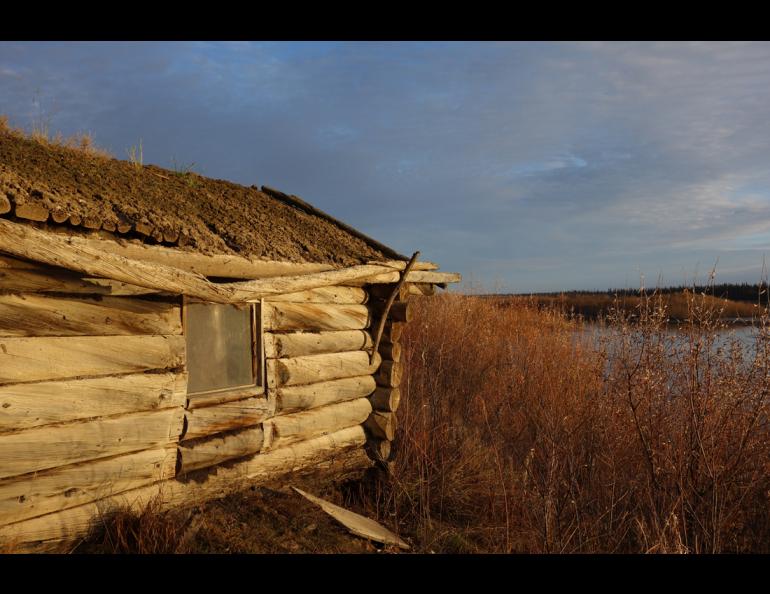 A cabin remaining at the site of Shuman House on the Porcupine River. Photo by Ned Rozell.

On a recent river trip down the Porcupine River, my friend Garrett Jones and I nosed into a few townsites we saw on the map. Old Camp, Canyon Village and Shuman House were all silent places with no people but the same unique regional touch: Decorative stamped-metal ceiling panels tacked up as outhouse walls.

During our 200-mile trip down the Porcupine's length in Alaska, we saw no current villages, just the remains of a dozen former ones. That got me wondering about one of my favorite Alaska subjects. Do we have more than our share of ghost towns?

There are at least 100 abandoned settlements in Alaska. That's the number Beth Mikow figured as she wrote her master's thesis for UAF in 2010. Mikow, who now works for the Alaska Department of Fish and Game as a subsistence specialist, counted deserted Alaska places as part of her look at how the state changed since it became part of America.

She began her count by looking at the work of Ivan Petrof, a Russian-born special agent of the United States 10th census for Alaska in 1880. Petrof didn't cover the whole state, and Mikow saw that some of his counted settlements seemed to be seasonal camps. She also consulted Donald Orth's Dictionary of Alaska Place Names and other local works, such as the journals of priests in Alaska missions like Pilgrim Springs.

One hundred is probably a conservative count of former Alaska settlements. Throw a dart at a big USGS map of Alaska, you are just as likely to hit White Eye (an empty village site in Yukon Flats) as you are Wales (an occupied village on the Seward Peninsula).

So why are there so many Paradises and Purgatorys (both deserted, and on the Yukon River) in Alaska?

In the time period she looked at, about 1880 until the present, Mikow found several reasons Alaska towns ceased to be. First was the appearance of whalers, miners and trappers who introduced a cash economy to the Natives. Trading centers became more permanent settlements that pulled people from other places.

Villages also tended to empty as families moved where the schools were. If a school closed in a village due to a lack of students, the people often left with it.

"You're not forced to move, but what choice do you have if you need to send your children to school?" Mikow said.

Epidemics like the 1918 flu that raced though the Seward Peninsula emptied places fast. Every person in the village of York, west of Wales, died due to the flu. In just one week, 72 of 80 people died in Brevig Mission (which is still a village). Many orphans moved to missions like the one at Pilgrim Springs, which itself became abandoned after those orphans grew up.

U.S. government officials forced the move of villagers several times. During World War II, people from Attu and eight other villages were relocated to internment camps and never got a chance to resettle after the war. For the bulk of Mikow's thesis, she interviewed residents of Kaktovik. The residents of the small community on Barter Island moved three times within a one-mile area in response to the U.S. military wanting the area for a base and an airstrip.

A few settlements lost all their people because of the forces of nature. The village of Katmai was no more after the eruption that created the Valley of 10,000 Smokes buried the village in ash in 1912. A giant wave created by the 1964 earthquake destroyed the village of Chenega, which later became resettled in a different spot as Chenega Bay. The villages of Mumtrak and Old Minto experienced so many floods that residents moved to Goodnews Bay and Minto, respectively.

Today, villagers of Newtok are moving to a higher, dryer site 12 miles away. The new village will be called Mertarvik. Newtok, and maybe a few other villages threatened by encroaching ocean and rivers, will soon be added to the long list of Alaska places that once were.

Regarding my last column, Dick Bishop of Fairbanks called to point out that members of Congress passed the law that created Yukon Flats National Wildlife Refuge in 1980. And he said Secretary of State Stuart Udall did the most to kill the Rampart Dam proposal, when he in 1966 froze all land transfers to the state until Native claims could be settled. 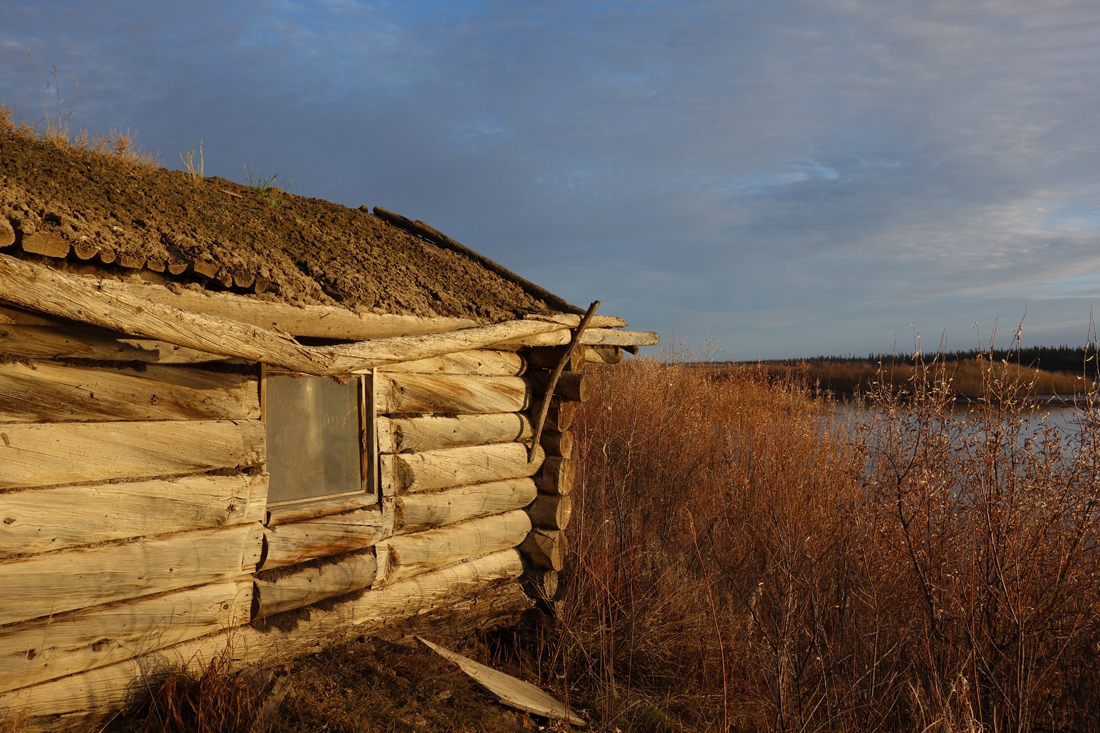 A cabin remaining at the site of Shuman House on the Porcupine River. Photo by Ned Rozell.