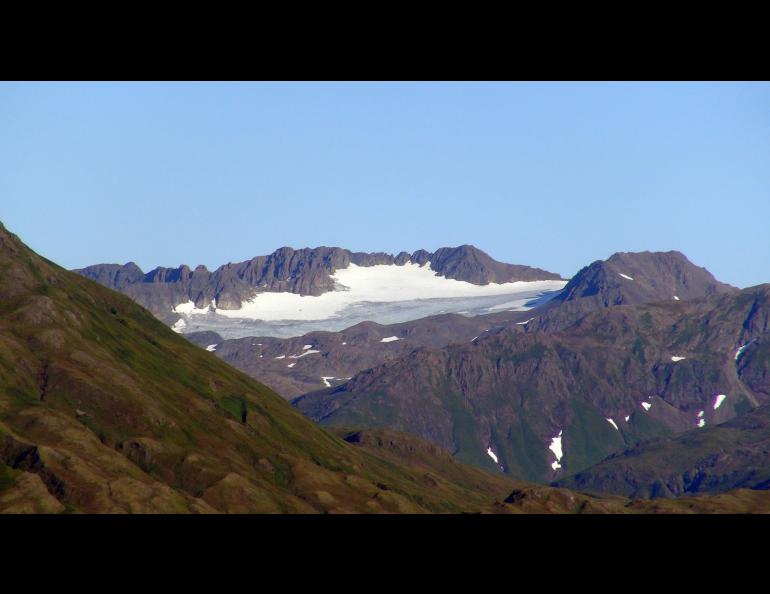 In late August, seabird biologist John Piatt paused from his task of “stealing food from baby puffins” to look up at the green mountains of Attu, the last island in the long sweep of the Aleutians.

Pasted to the side of 3,000-foot Attu Mountain was a snowfield with a dirty band of ice. Piatt, a U.S. Geological Survey Alaska Science Center scientist working on Savage Islanda small island off the southern coast of Attu, pulled out his camera. He took a telephoto shot of what he suspected was a glacier. Then he went back to his work of using tufted puffins as samplers of the tiny fish they catch and feed their young. By blocking the entrance of puffin nesting burrows with wire screen, Piatt causes returning adults to drop their fish so he can see what they are.

Weeks later, far from Attu, Piatt blew up his photo on computer and pinpointed its location on Google Earth. He found the body of ice was stuck to the largest peak on the island.

“If there was going to be a glacier on Attu, that’s where you would expect it,” he said.

He then opened a copy of the USGS publication Glaciers of Alaska and looked for mention of glaciers on Attu. He found none, and felt the flush of finding something neat.

“I felt that I had discovered a new glacier,” Piatt said recently from his home in Port Townsend, Washington.

The visible evidence of at least one tiny glacier on Attu excited Piatt for other reasons, too. He is an expert on Kittlitz’s murrelets, rare and mysterious seabirds that nest in recently de-deglaciated mountain slopes and often feed in bays chilled by glacial runoff. The birds are found in waters around Attu and scientists have discovered their nests on nearby Agattu.

“Working on Kittlitz’s murrelets, I’m always looking for glaciers,” he said. “I always suspected there have been glaciers there.”

It’s hard to see the glaciers of Attu because the island is often cloudy and the 2,500-3,000-foot mountains are powdered with snow for much of the year. This year happened to be a warm one; Piatt was there visiting from the Alaska Maritime National Wildlife Refuge research vessel Tiglax on a sunny, clear day.

Piatt considered trying to name the glacier for Kevin Bell, the late captain of the Tiglax who loved Attu. Years before, Bell told Piatt there were both glaciers and Kittlitz’s murrelets on and near the island. Then a colleague told Piatt about a government publication based on work from the 1940s and ‘50s. The geologist authors mentioned more than 12 small glaciers on Attu.

In the “Geology of the Near Islands, Alaska,” Olcott Gates, Howard Powers and Ray Wilcox wrote this about Attu ice, which they surmised after they saw crevasses in aerial photos.

“Small glaciers still exist in cirques of the Attu Mountain-Martinez Mountain ridge in central Attu, the only peaks in the Near Islands that reach altitudes of more than 3,000 feet. The largest of the more than a dozen glaciers here has an area of slightly less than half a square mile.”

So, What makes a mass of ice and snow a glacier and not just a snowfield?

“Glaciers are made up of fallen snow that, over many years, compresses into large, thickened ice masses,” researchers for the National Snow and Ice Data Center wrote on their website. “Some glaciers are as small as football fields.”

Unlike other low-elevation glaciers in Alaska that are fed by giant snowfields high in cold mountains, the tiny glaciers of Attu are doomed if the climate continues to warm.

“The amount of precipitation in the Aleutians is pretty high, but the temperatures are often hovering right around freezing,” said glaciologist Chris Larsen of the University of Alaska Fairbanks Geophysical Institute. “So, if it snows, it can snow a lot. Or, if (air temperatures are) just a little bit warmer, it will rain a lot.” 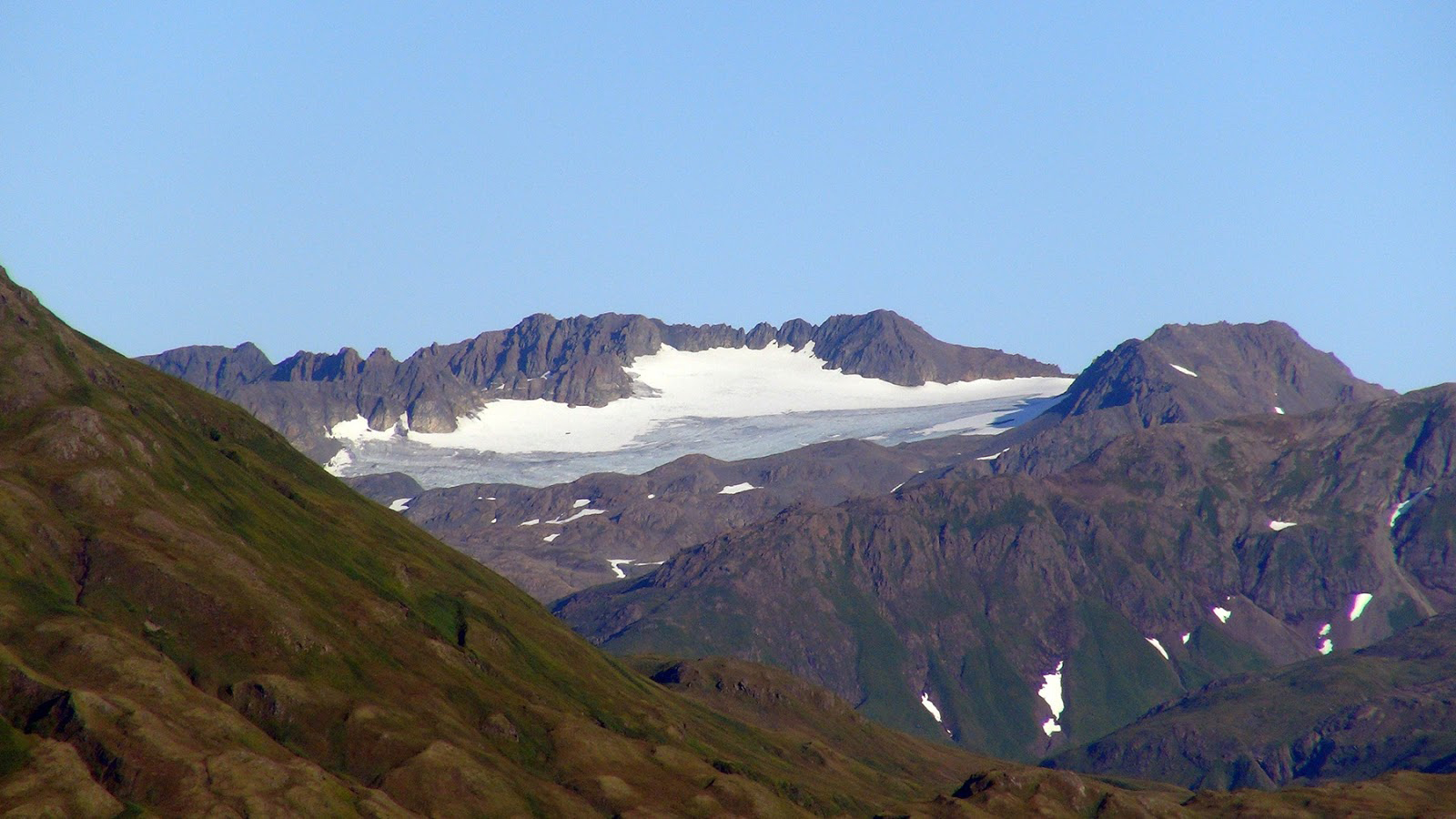