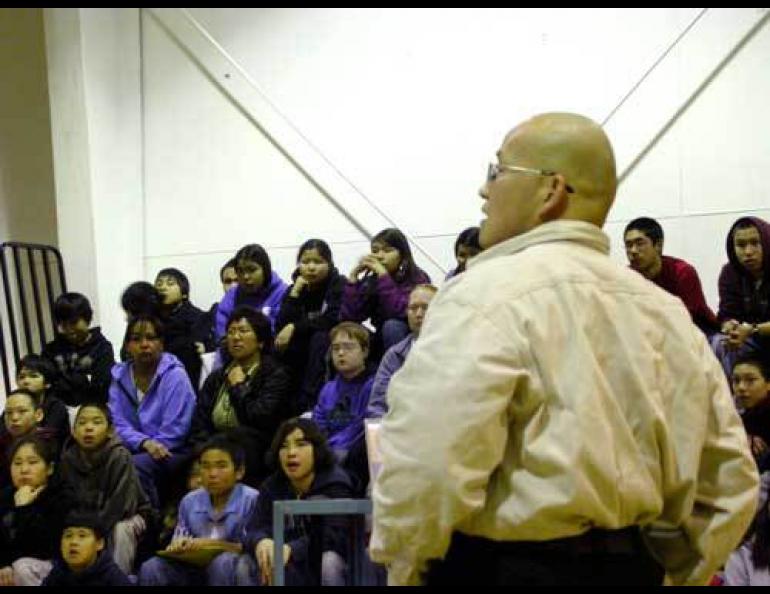 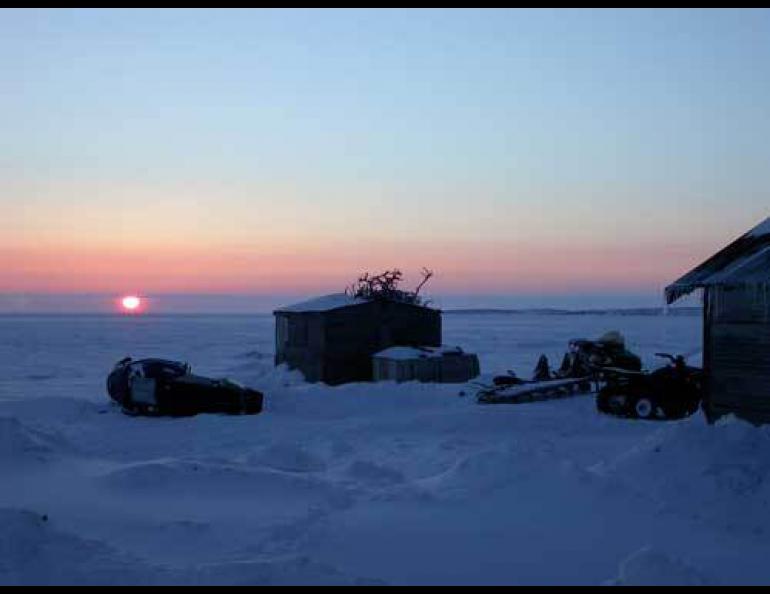 A sunset over Norton Sound as seen from the village of Stebbins. Photo by Ned Rozell.

On the long trail to permafrost

STEBBINS—“There’s no permafrost here, like there was none in Emmonak,” Kenji Yoshikawa said earlier today, when he was in the village of Kotlik. “Isn’t that interesting?”

The adventuring permafrost scientist was in that small Yupik village near the mouth of the Yukon River, drilling a hole in the soil on the treeless tundra near the school. Though the top layer of soil was frozen, a few feet down it was as gooey as cold pudding.

Yoshikawa, from the University of Alaska Fairbanks, was on a spring snowmachine traverse of western Alaska, from Emmonak at the mouth of the Yukon River to Native villages on Norton Sound and up to Kotzebue, tracing the nose of the Seward Peninsula. He and his helpers and traveling companions—Tohru Saito of the International Arctic Research Center and me—will try to drill 15 permafrost-monitoring holes in two weeks. After starting in Emmonak a few days ago, we’ll make our way by snowmachine to Kotzebue, putting more than 800 miles on them.

One of Yoshikawa’s goals is to see what exists out here as far as permafrost, ground that’s frozen all year long. Much of the traverse is over land that scientists think contains permafrost close to thawing. But no one is really sure about the belowground status in this part of the country. That’s why Yoshikawa is taking this trip.

That, and he likes to see new country. Today, we covered about 105 miles of white flats from Emmonak to Stebbins. With a chilly north wind snapping along, at times it was tough to tell whether you were traveling over sea ice or land, until you saw a few knee-high stems wiggling in the breeze.

Yoshikawa sees northern villages as the perfect places for his science. Their scattered placement allows for a good sampling pattern, and teachers and students can help him download information and track how permafrost changes over time.

Tomorrow, we will drill a permafrost observatory somewhere near the school here in Stebbins, and I also will work on a weather station for the Geophysical Institute’s Arctic Climate Modeling Program. Yoshikawa isn’t bothered by snow and ice and the cutting wind here; his drill, powered by a portable generator riding on a snowmachine sled, is powerful enough to penetrate frozen ground, and he and Saito can have a working permafrost observatory done in an hour, if things go well.

But things don’t always go well. Tonight in Stebbins, when Yoshikawa was drilling a shallower hole for a “frost tube,” with which students can see how deep the ground freezes each year, a chuck that holds his 3-foot drill bits cracked, and tomorrow he will look to get it welded.

And he will find someone in the village to do that welding. Kenji doesn’t give up, as you might expect of someone who has walked across the Sahara and to the South Pole, and who came to Alaska by sailing his homemade boat from Japan to Barrow.

On this trip, the best-laid plans have taken a few lumps already with sleds that weren’t delivered to Emmonak as promised and a few other problems, but we are still pretty much on schedule. A man from Emmonak traded us a sled and Kenji shipped much of our gear to Unalakleet, where we will pick it up, hopefully with the missing sleds, in a few days.

To follow our progress, go to Kenji’s blog at http://www.uaf.edu/permafrost. I’ll also post some photos at www.alaskatracks.com. 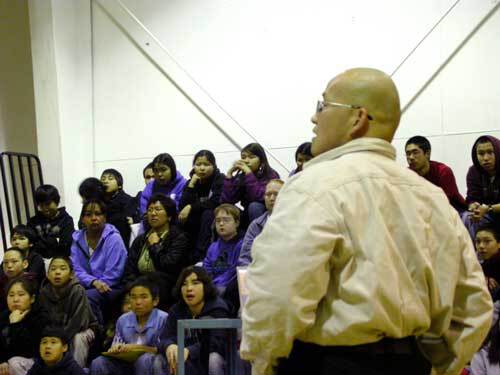 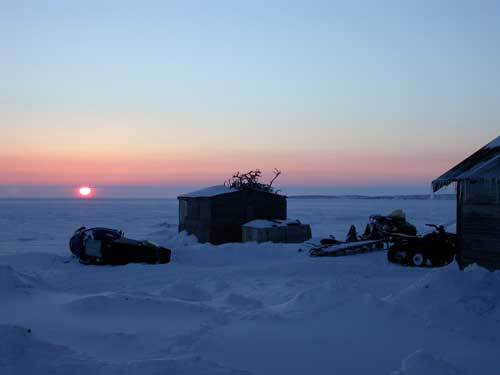 A sunset over Norton Sound as seen from the village of Stebbins. Photo by Ned Rozell.