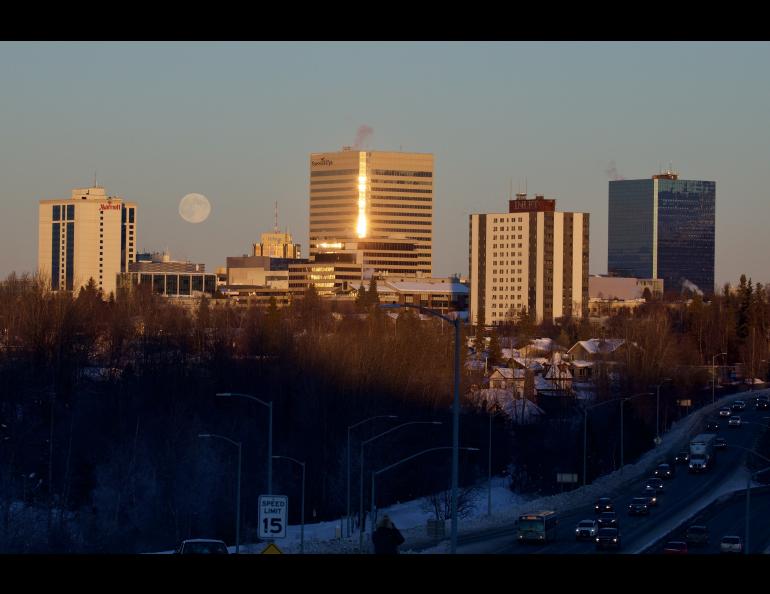 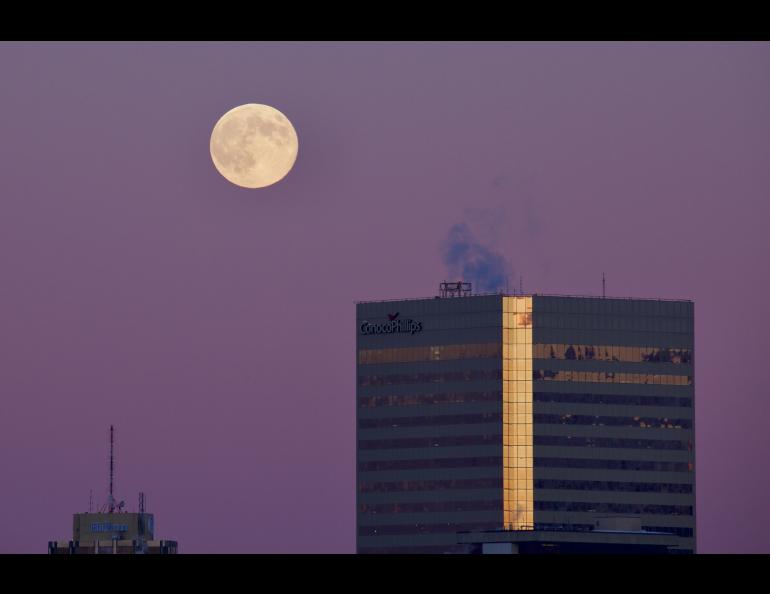 Magnetic declination and finding the moon

Dan Joling of Anchorage was set to photograph the full moon rising over the Port of Anchorage on Jan. 6, 2023. His research told him the moon would pop over the horizon at a certain number of degrees from north. Guided by the compass feature on his iPhone, Joling aimed his camera that way.

He waited. Suddenly, the moon rose far to the left of where he expected. He jumped in his car and drove to an overlook near West High School. There, he captured the shot with the backdrop he wanted.

What went wrong? Joling’s phone did not calculate the difference between magnetic north and true north.

True north is the straight-line direction toward the geographic north pole of the Earth. Magnetic north, the default setting of Joling’s phone compass, is often many degrees off from true north, depending on where you are on the planet.

True north is the north displayed on maps. Most GPS units adjust automatically for the difference between magnetic north and true north.

What is magnetic north, and why does an old-school compass needle point to it? Because Earth is a giant magnet.

The magnetic north pole is now north of Canada’s arctic islands, hundreds of miles south of the geographic north pole. It drifts more than 25 miles each year, and seems to be headed for Siberia.

The difference between magnetic north and true north is known as degrees of declination.

Some places, like anywhere near the Mississippi River (which coincidentally runs the same direction as a magnetic-field line), are currently at about zero degrees declination. True north in Anchorage is now 15 degrees west of magnetic north, in Juneau is 18 degrees west, and in Nome is 3 degrees west.

To adjust for that declination, smartphone users need only to open the settings for their digital compass. There will be a switch (the iPhone’s says “Use True North”) that automatically calibrates to wherever you are on the planet. 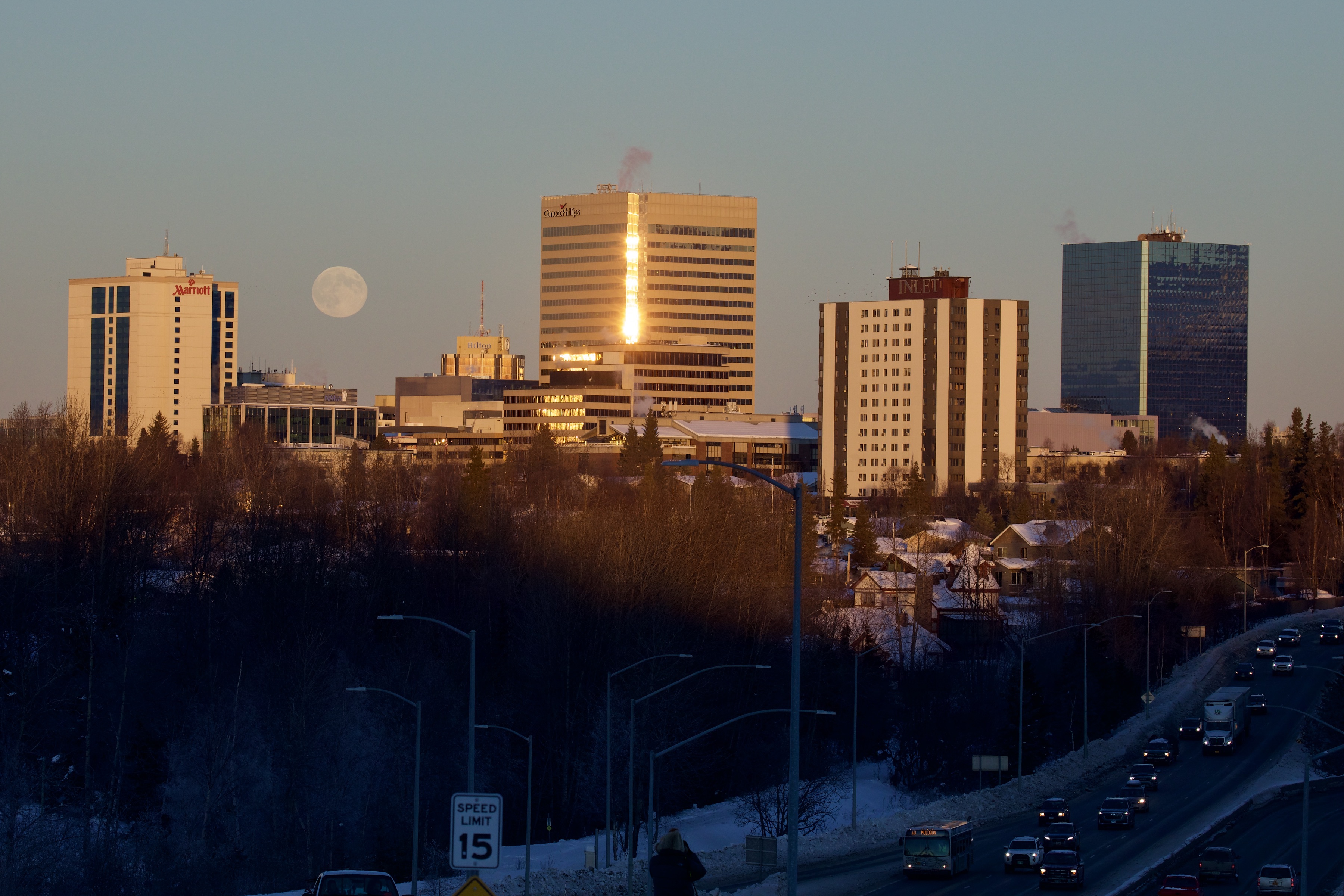 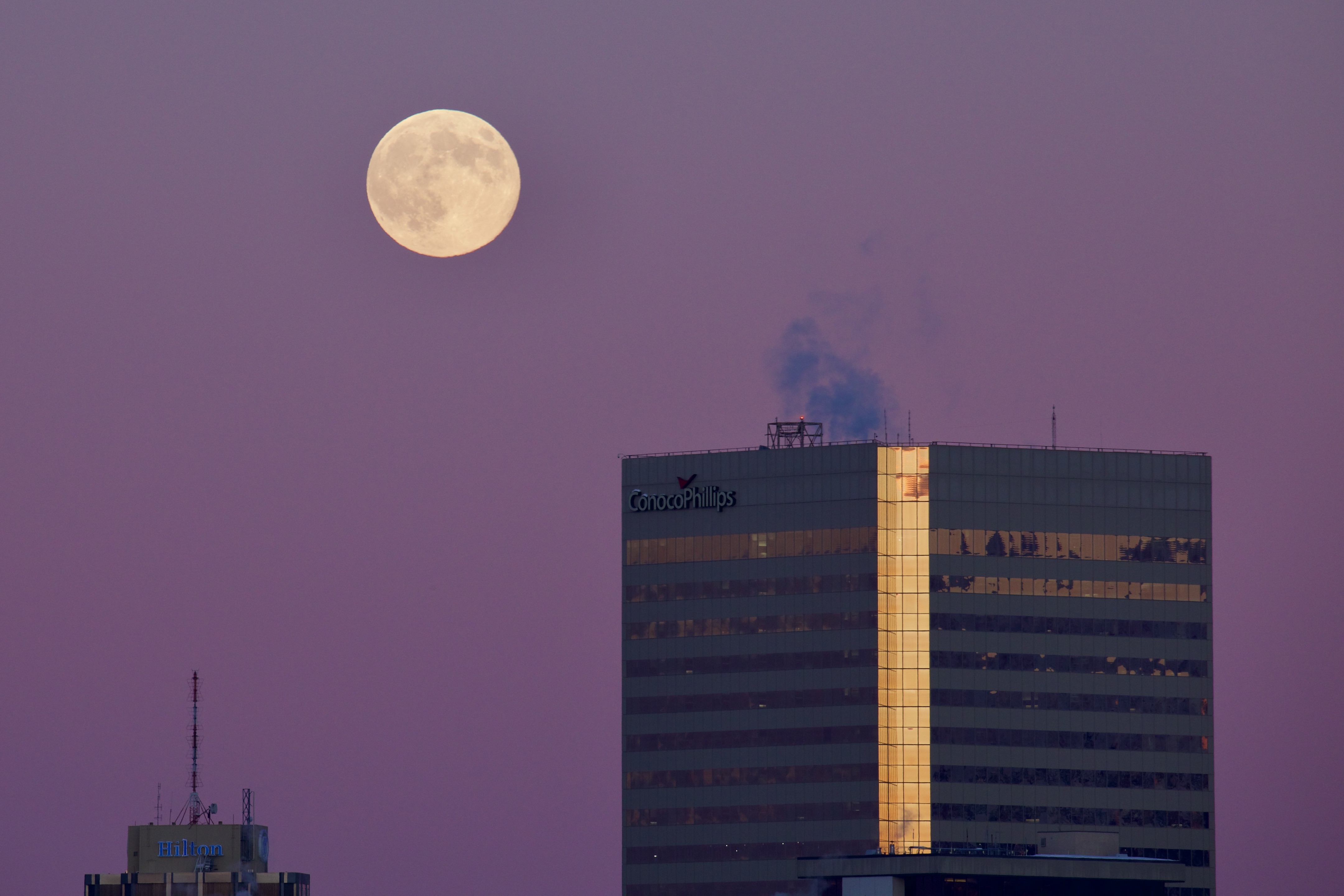