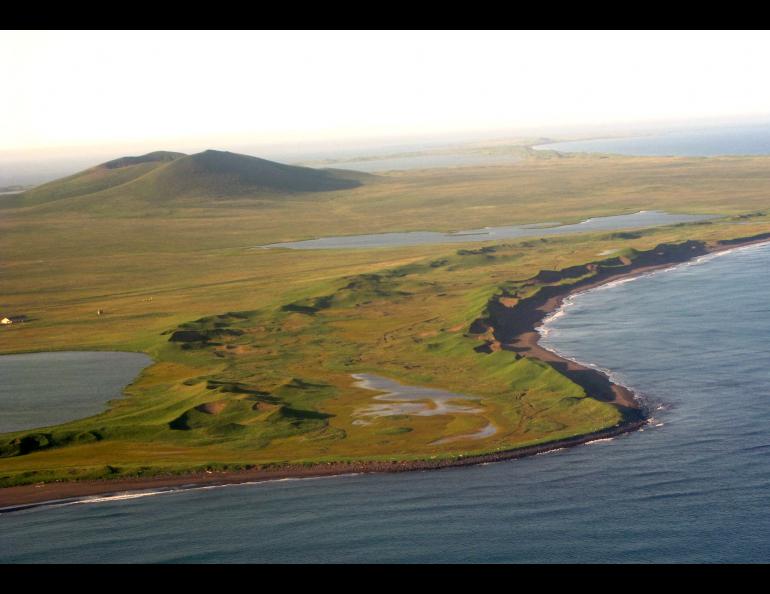 One foggy day on St. Paul Island, a woolly mammoth stepped onto a trapdoor of greenery. It plunged thirty feet to the floor of a cave. There was no exit.

A few thousand years later, a scientist who descended by ladder found the mammoth's tooth amid the bones of other mammoths, polar bears, caribou, reindeer and arctic foxes. Radiocarbon dating showed the mammoth died about 6,500 years ago. Here was proof that mammoths lived on the Bering Sea island thousands of years after the creatures vanished from mainland Alaska.

There began a detective story that attracted a widespread team of scientists. They were curious about what finished off the resilient St. Paul mammoth: People with spears and clubs? Polar bears? Disease? Starvation? A volcanic eruption?

Mat Wooller was part of a group that visited the island a few years ago to pull a core from a crater lake. In the cylinder of mud, which dust and pollen from thousands of years ago, the scientists hoped to find evidence of mammoths, the environment in which they lived, and when they might have vanished. Their clues included the presence of pollen grains and a fungus that lived on animal dung like that dropped by mammoths. Beth Shapiro and her colleagues from UCLA are part of the team looking for DNA the mammoths shed in or around the lake.

Wooller is a scientist at the University of Alaska Fairbanks who uses mass spectrometers at the Alaska Stable Isotope Facility. By vaporizing a minute sample, he and his coworkers can find the when the tiny core creatures were alive. Using the same instruments, Wooller and his team have traced marijuana back to the water that nourished the plants (a test to see if they could help law-enforcement officers know where a baggie-full was grown) and found the birth streams of sockeye salmon (by comparing the isotope signatures of different waterways with salmon body parts).

Wooller visited St. Paul Island in spring of 2013. From a platform of lake ice, he and others pulled up a plug of core that represented the last 10,000 years of the island's history.

St. Paul, which could fit inside the Anchorage bowl, was different at the height of the last ice age. Back then, St. Paul was shorefront property on the Bering Land Bridge, which extended northward to the Arctic Ocean. As ice sheets melted and sea level rose, St. Paul became one of the most remote islands in the world. Island living somehow suited the mammoths, which persisted on St. Paul more than 5,000 years longer than on mainland Alaska.

People, blamed by some for the demise of mainland mammoths, probably didn't wipe out the St. Paul mammoth. Humans don't seem to have appeared on the island until seafaring Russians transported Aleut people there in the late 1700s. Descendants of those Aleuts live in the village today.

"Here you have an odd outlier like Wrangel Island," Wooller said, referring to the island north of Siberia where recent mammoths were also discovered. "It lets you do the experiment in the absence of humans."

"The modern summer vegetation is lush," he said. "Things have remained fairly as they were in terms of vegetation. If I were a mammoth, I'd be happy with that."

Offering up those two hints, Wooller then turned apologetic during an interview at his office on the UAF campus. That morning, he explained, he and his colleagues from across the country — including paleontologist Russ Graham of Pennsylvania State University — had gone over their varied analyses. Following different mental pathways, each met at the same answer for what killed the mammoths of St. Paul.

"I think we have a smoking gun," Wooller said.

He could not, alas, give up that answer. He and other team members will tell the world in the form of a journal paper. He guessed the article would be ready soon, and promised the saga of the St. Paul mammoths would be worth the wait. 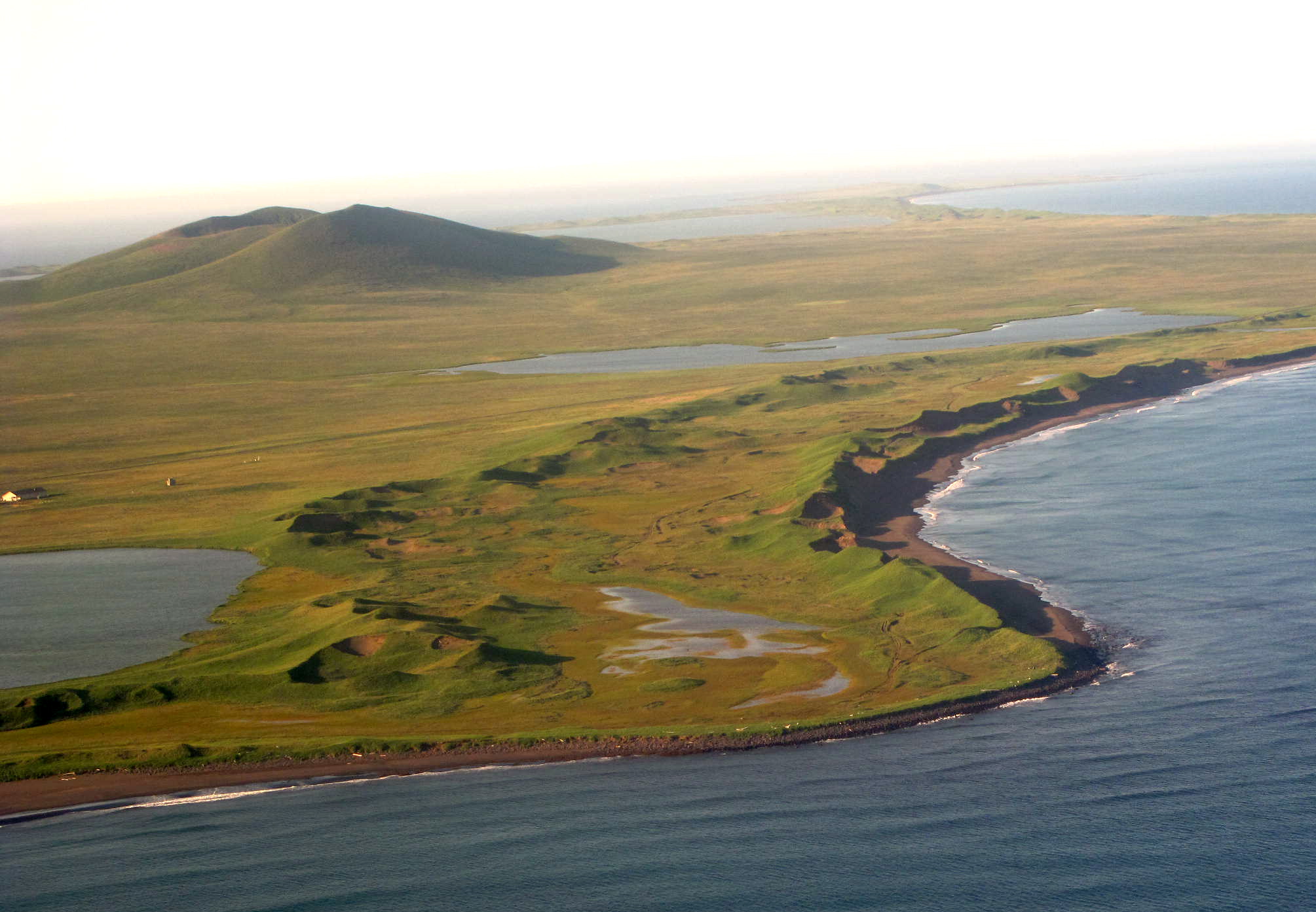