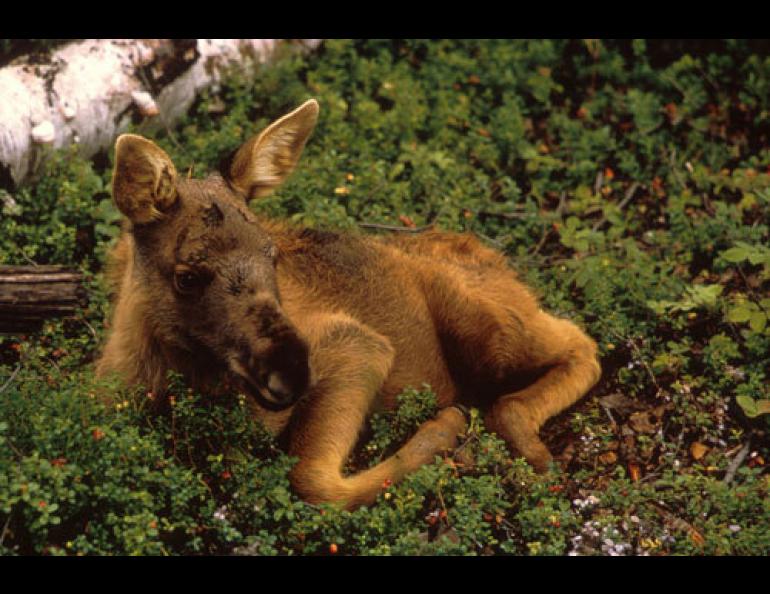 In late May all over Alaska, female moose find a secluded spot to birth a calf, twin calves or sometimes triplets. In the weeks that follow, many of these gangly newborns fall prey to bears and wolves. In most areas of Alaska, more moose calves die than survive.

Mark Bertram is a U.S. Fish and Wildlife Service wildlife biologist at Yukon Flats National Wildlife Refuge. In a study he did more than a decade ago, while a helicopter pilot distracted cow moose from the air, Bertram and others scrambled to birthing sites and attached radio collars to newborn calves. By following radio signals after the calves stopped moving, the biologists were able to find dead calves and determine what killed them.

In the study at Yukon Flats, an area larger than Maryland where Alaska’s longest river reaches north of the Arctic Circle, Bertram has found the remains of a majority of the 29 moose he collared. Fifty-five percent died in one month. Three-quarters of those baby moose were killed by either black bears, which are abundant in Yukon Flats, or grizzly bears.

When Bertram approaches a kill site, there’s usually not much left to identify the carcass as a moose calf. He said bears generally crush a calf’s skull to first eat the brain, tongue and other soft tissue, and then work their way back to consume the entire carcass. A moose calf is a major score for a bear or a wolf, as is seen in the woeful numbers of calves that reach their first birthday.

In studies done elsewhere in Alaska and the Yukon, the numbers agree. North of Tok, 25 percent of calves collared survived their first year. Just 19 percent survived in a study performed in southwest Yukon. Around 30 percent made it through a year in two studies done around Galena and Nelchina. Terry Bowyer, a biologist formerly with the University of Alaska Fairbanks’ Institute of Arctic Biology, collared cow moose in Denali National Park and kept track of her young for four years. Only five calves out of 44 made it through their first summers. A vast majority of those were killed by grizzly bears.

Moose calves are often easy prey for bears and wolves until they gain some agility, Alaska Department of Fish and Game biologist Rod Boertje said. “Caribou calves can outrun bears in 10 days,” he said. “It takes moose calves about five weeks until they can outrun a bear. They’re vulnerable for a lot longer.”

This article was originally written in 1998. 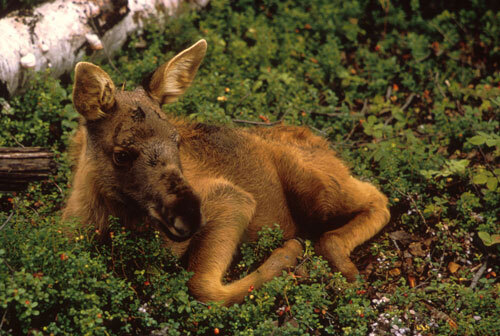