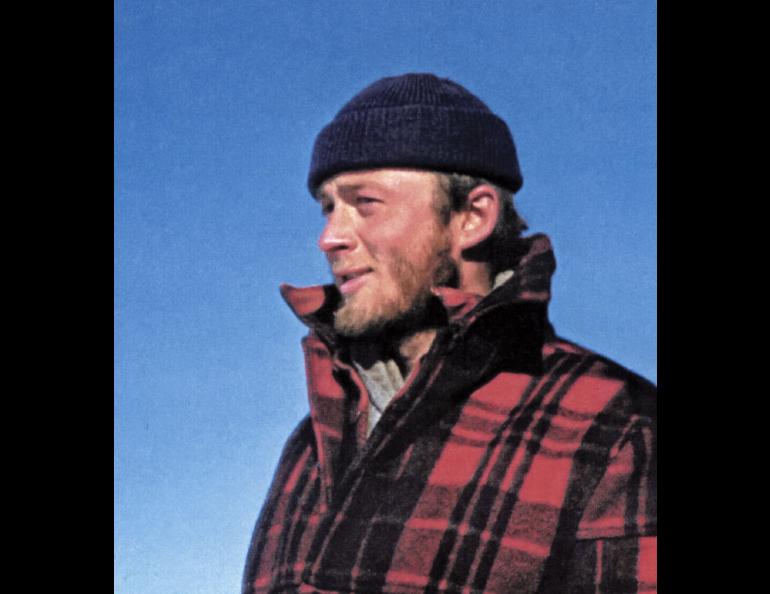 Carl Benson on one of his Greenland traverses in 1953.

On top of an ice body more than two miles thick, Chris Polashenski last summer hoped to find a candy wrapper that might have fallen from Carl Benson’s pocket 60 years ago.

As he repeated the Alaska glaciologist’s measurements on the Greenland ice sheet, Polashenski realized that six decades of snowfall, windstorms and glacier movement had wiped out evidence of Benson’s passage.

“Carl’s footprints were entombed in the snow some 30 to 300 feet beneath us as we walked around,” said Polashenski, who works for the U.S. Army Cold Regions Research and Engineering Laboratory. “The ice moved a few hundreds of yards since Carl was there. These errors in exact positioning are all insignificant for our temperature-measurement replication, but pretty serious for our hopes to bring up candy bar wrappers from a two-inch diameter borehole.”

Carl Benson, 87, is no litterbug, but something was bound to escape his mitts while he zigzagged across the Greenland ice cap in a caravan of tracked vehicles from 1952 through 1955. With five skilled and trusted companions, he traveled across wind-hardened snow the distance from Minnesota to Maine. With a No. 10 grain scoop, he dug 150 snow pits along the way. Benson, a professor emeritus at the University of Alaska Fairbanks’s Geophysical Institute, is a co-author on Polashenski’s new paper about pronounced warming on the Greenland Ice Sheet.

In the 1950s, Benson was a young man who knew a lot about ice and snow from his studies in the Sierra Nevada mountains of California and on the North Slope of Alaska. Air Force officials building a large base at Thule, Greenland, needed someone to help them determine where on the ice cap would be good places for manned radar stations. They chose Henri Bader, chief scientist at the Snow, Ice and Permafrost Research Establishment. Bader enlisted an ambitious snow scientist who worked for him.

“I was very fortunate during the Cold War,” Benson said during a recent interview in his office at the Geophysical Institute, located on the Fairbanks campus of the University of Alaska. “That base was important, and they had no idea about anything regarding the ice sheet.

“Henri gave me the freedom to design what I wanted to do and the support to do it.”

Benson supervised the refurbishing of “Weasels,” amphibious tracked vehicles built during World War II. He found a team of interested colleagues to help him drive four of them across the backbone of Greenland ice. At the end of each season, he returned to a room he rented in Wilmette, Illinois for $10 a week. He said his bunk in a hut towed by a Weasel over Greenland felt more like home. Wilmette, near Chicago, was the home of the Snow, Ice and Permafrost Research Establishment, which is now the Cold Regions Research and Engineering Laboratory.

Polashenski, 29, was a fan of Benson’s iconic 1962 report on his Greenland traverse studies. He has spent much time on the snow with glaciologist Matthew Sturm, a former University of Alaska student mentored by Benson. Sturm, a UAF professor, has traveled continental distances on snowmachine in the far north.

Benson always wanted someone to re-measure the snow temperatures along his route. That was the point, he said, to compare those temperatures over time.

“There are two ways to do it,” said Benson. “You could use a time machine and go back 60 years, or make measurements and then go back in 60 years and check them.”

Polashenski got a chance to revisit Benson’s route in 2013, when he and a team used snowmachines to follow Benson’s path and repeat his snow-temperature measurements, as well as collect new measurements of ice reflectivity. He found many of the temperatures in the compacted snow beneath the surface had changed since Dwight Eisenhower was president.

He also saw great evidence of Greenland’s extreme melt summer of 2012, when snow even above 10,000 feet became wet, an event that has happened just a few times in 1,000 years. And, just like Benson did, Polashenski drilled 30 feet down into the ice sheet each night to measure temperatures so deep they would not be affected by recent changes on the surface.

In the recent paper, published in Geophysical Research Letters, the authors showed a warming since the 1950s of as much as 5 degrees C at lower elevations and little or no warming higher on the ice sheet.

While providing long-term evidence of the Greenland warming drama studied by many, Polashenski and Benson shared a unique camaraderie. They spoke often in person and over the phone, and Polashenski thought of Benson every time he cut his engine at the coordinates of Benson’s test points.

With much time to reflect, Polashenski thought of the similarities of their trips — both moved by tracked vehicles and despite their splendid isolation both could contact the outside world (Benson by Morse code radio signal, Polashenski by satellite phone). The biggest change during the 60-year gap was the development of handheld GPS receivers.

Benson’s caravan included a “navigation Weasel” that carried a theodolite so a crewmember could use the sun’s position to determine where they were and also a rotating gyroscope that helped them move in a straight line even when it was storming.

“We had a couple four-ounce plastic boxes with screens that gave us position within a few feet in any weather,” Polashenski said. 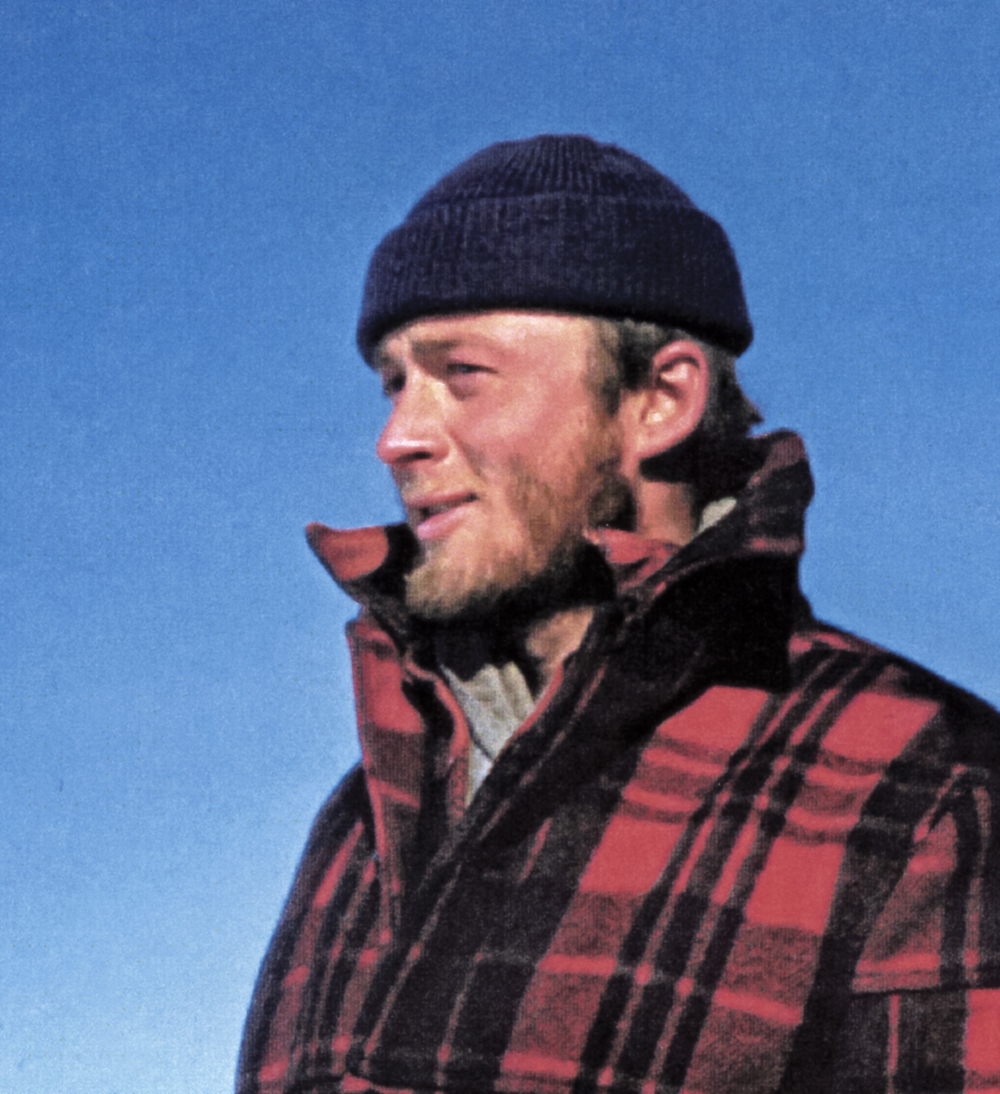 Carl Benson on one of his Greenland traverses in 1953.