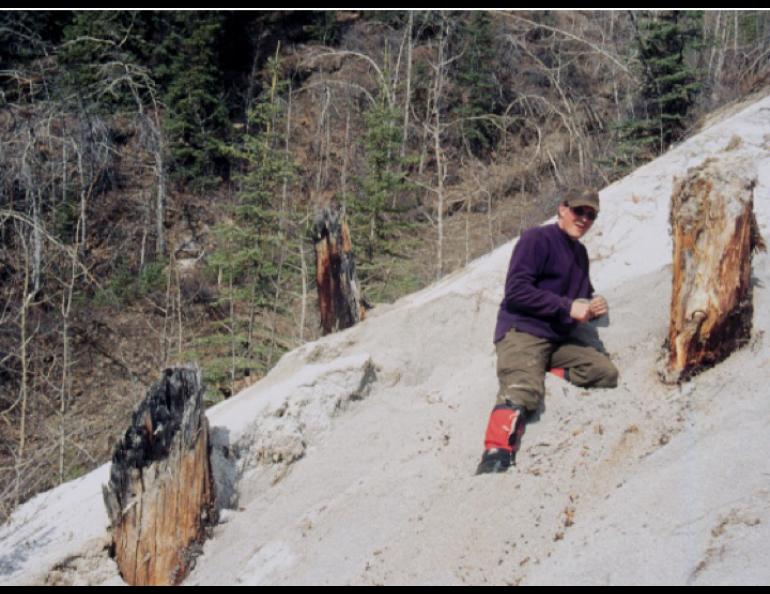 White River ash made its way accross the globe

The White River Ash, blasted from giant eruptions somewhere in today’s Wrangell-St. Elias Mountains, drifted as far away as Ireland and Germany, said experts who attended the December 2012 Fall Meeting of the American Geophysical Union, held in San Francisco.

Ash from the White River eruptions, possibly from 15,638-foot Mount Churchill or at least close to it, left an easy-to-see mark on eastern Alaska and northwestern Canada. Explorer Frederick Schwatka documented the ash in 1885 in his book “Along Alaska’s Great River.” People driving the Klondike Highway pass more than two feet of the whitish grit exposed in road cuts on their journey through the Yukon Territory.

“It was an enormous eruption,” said Britta Jensen of the University of Alberta in Edmonton.

Jensen studies volcanic ash layers in northwest Canada and Alaska. Recently, she and Duane Froese, also of the University of Alberta, along with colleagues in the United Kingdom, connected the dots on some far-flung findings of old volcanic ash.

Froese and Jensen traveled in the Yukon to a branch of the upper White River, which flows from glaciers in Alaska and dumps into the Yukon River. There, they cored the grey trunks of spruce trees smothered by White River ash. Using radiocarbon dating, they found the trees died in the year 843 AD, give or take about 20 years.

Recently, U.K. researchers located an ash layer familiar throughout Europe that scientists first found in Ireland peat bogs and in a Greenland ice core. They determined that it came from an eruption that happened around 846 AD. That date, along with a familiarity to the ash, caught the attention of Jensen and others.

“We saw this and thought it was too good to be true,” Jensen said.

When Jensen analyzed the ash from Ireland, she found it had the same geochemical signature as the White River Ash, including a unique high content of chlorine. “Morphologically, it even looks like the same ash,” she said.

Until the Canadian and U.K. researchers made the connection, no one knew the source of ash dated to about 860 AD found in Ireland and in other places in Europe, including northern Germany and Scandinavia.

At the time of the great series of eruptions, in 860, Alaska and Canada were lonely places where nomadic Native people followed caribou and salmon in seasonal camps. The rest of North America was quite similar, centuries before any European contact. In the civilized world, ancestors of northern Russian people in 860 invaded Constantinople in what became known as the Rus’-Byzantine war.

Around that time, two incredible eruptions blew from the heart of the Wrangell-St. Elias Mountains from somewhere near Mount Churchill and Mount Bona, two neighboring peaks separated by a high saddle. The ash in the Irish peat bog is from what scientists call the “eastern lobe” of the eruptions that created the White River Ash.

The White River Ash’s presence in Europe is not the end of the story, Jensen said. Alaska volcanoes have many times spewed ash in ancient eruptions larger than the White River event. Their evidence may be waiting to be discovered in lake bottoms and road cuts around the world. 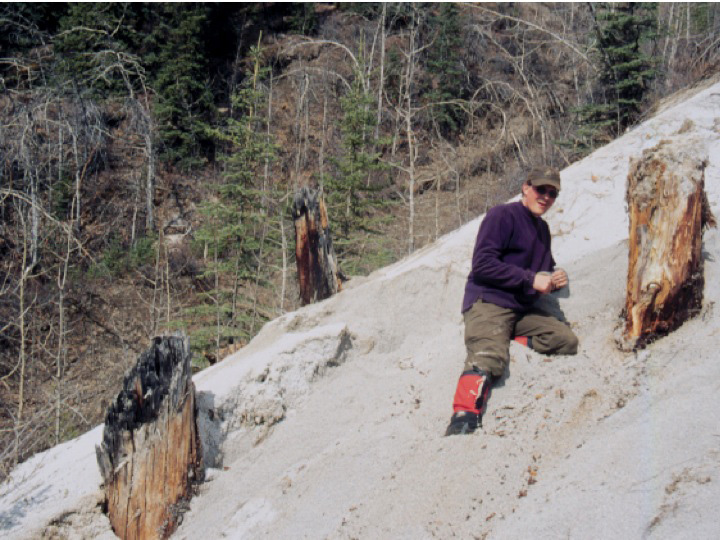