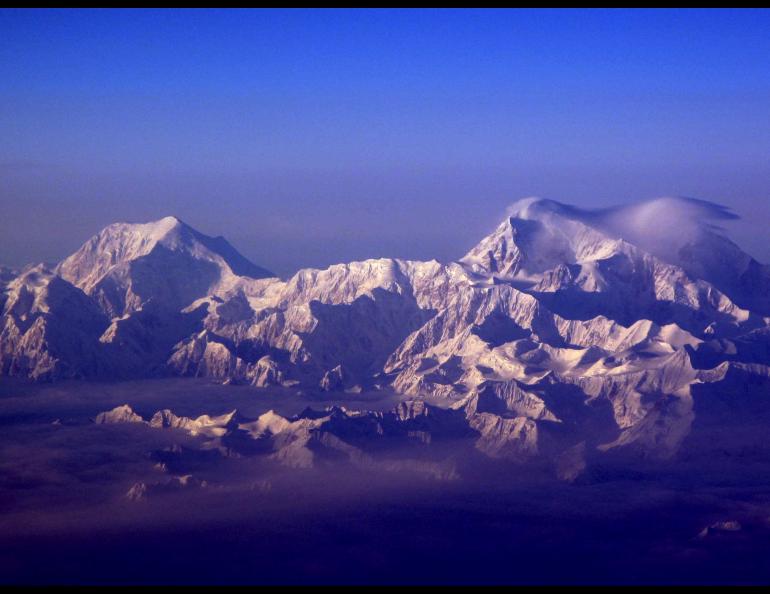 The snow-capturing peaks of the Alaska Range, including 17,400 foot Mount Foraker, left, and 20,320 foot Mount McKinley. Photo by Ned Rozell.

Why was interior Alaska green during the last ice age?

During our planet's most recent cold period, a slab of ice smothered Manhattan. Canada looked like Antarctica but with no protruding mountains. When the last glacial maximum peaked about 20,000 years ago, most of the continent — from the Arctic Ocean to the Missouri River — slept under a blanket of white.

Alaska was different. Anchorage and the rest of Southcentral, Southeast, and the Alaska Peninsula were under ice, but interior Alaska was green. Why, when blue ice buried North America, was Fairbanks ice-free?

First, another question: how do we know what the planet looked like 20,000 years ago? Answer: curious people who spot rock aprons draped over mountainsides and see tongues of extinct glaciers. The same types squint at cylinders of muck pulled from lake bottoms and envision maple and oak parklands where tundra ponds sit today.

One of these people, Dan Mann, offered an answer to the question of why central Alaska did not, in the literal sense, participate in the ice age (and despite its latitude has never been glaciated). When he's not floating northern rivers and finding the remains of ancient creatures poking from riverbanks, Mann teaches a class at the University of Alaska called Ice Age Alaska.

Twenty thousand years ago, a time Mann calls "very recent," Alaska was not the giant peninsula it is now. Because so much water was locked in glacier ice, sea level was 400 feet lower. That exposed the wide plain known as the Bering Land Bridge between western Alaska and Siberia. With Bering Strait closed, what is now Interior Alaska was much farther from ocean moisture. That “incredibly continental” climate featured warm, dry summers and less snow in winter.

The Interior now features monolithic granite tors (which glaciers would have sheared away) because of a combination of ice-age conditions, Mann said. Some of these conditions persist today, like mid-latitude interception of moist, warm air from the tropics, which provides less moisture for high-latitude places.

Two 19th-century physicists, Rudolf Clausius and Benoit Clapeyron, first explained another of the enduring features that keeps the Interior dry. Because air can't hold as much moisture as it travels upslope and cools, rain and snow tend to unload on the south side of the Alaska Range. The north side stays dryer. An example of this: while rain and snow on Alaska's southern coast is measured in feet, Yukon Flats can receive less than six inches of precipitation a year.

The Alaska Range was just as grand during the ice age as it is today. Because of this band of mountains frowning across the middle of Alaska, Tanana was a grassland while a mile of ice squashed Talkeetna, Toronto and almost everywhere in between.

"The Alaska Range is a fantastic barrier," Mann said. 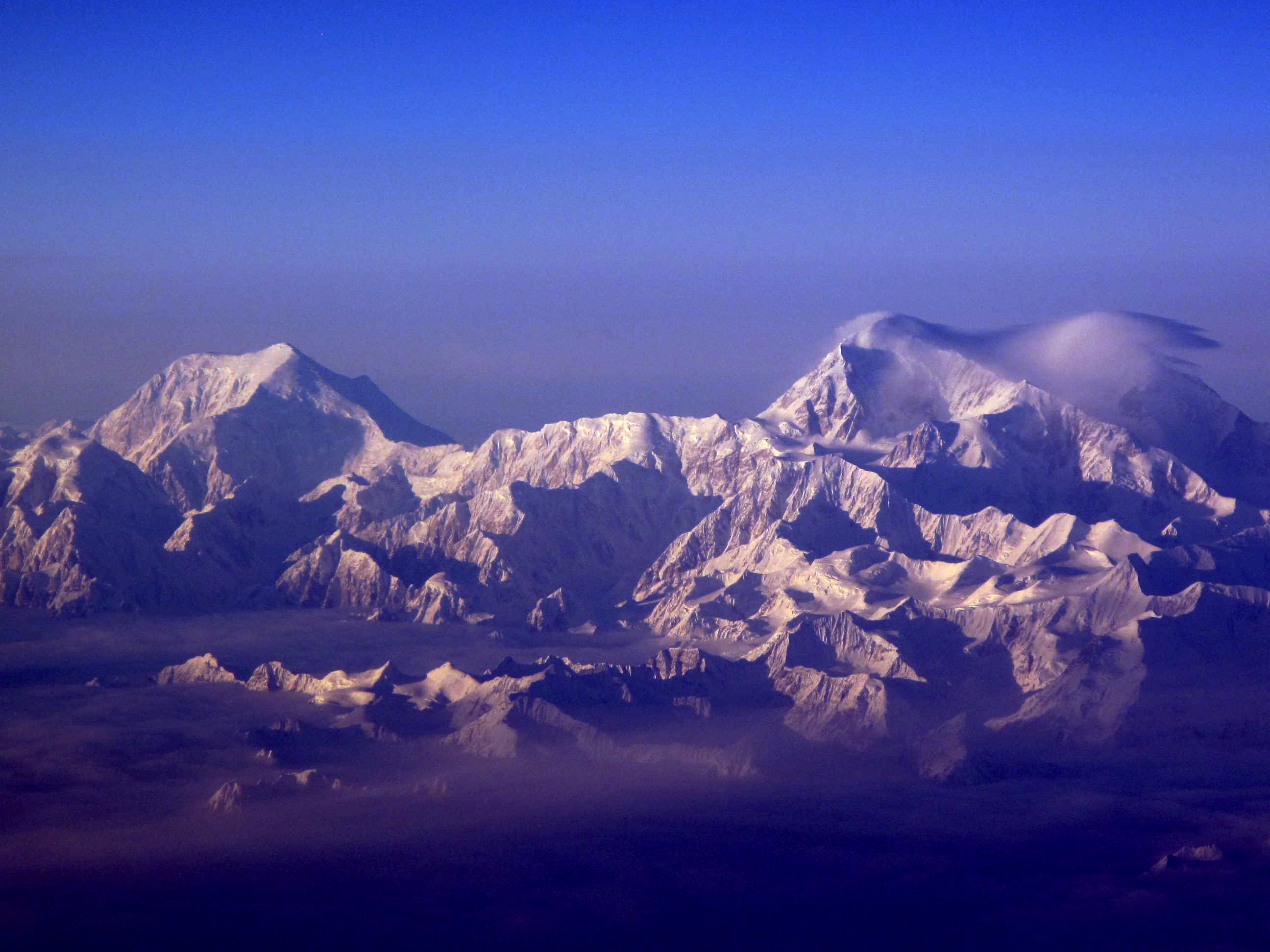 The snow-capturing peaks of the Alaska Range, including 17,400 foot Mount Foraker, left, and 20,320 foot Mount McKinley. Photo by Ned Rozell.