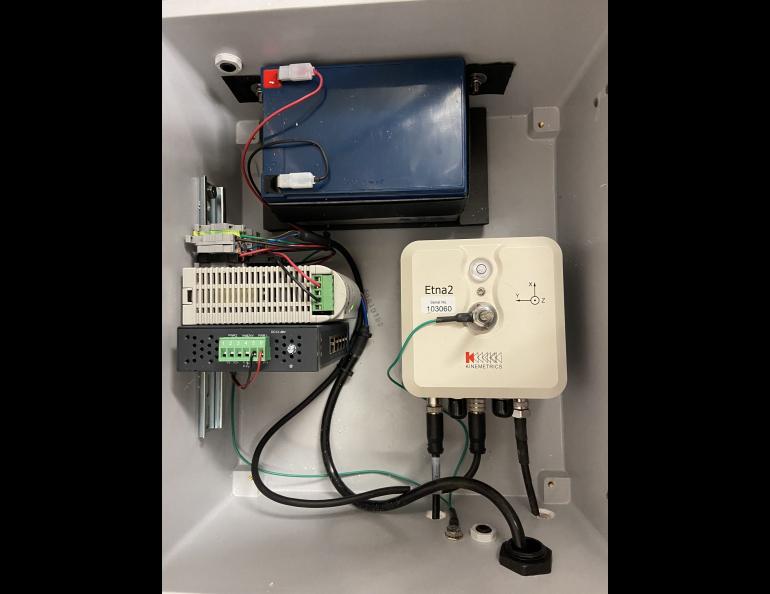 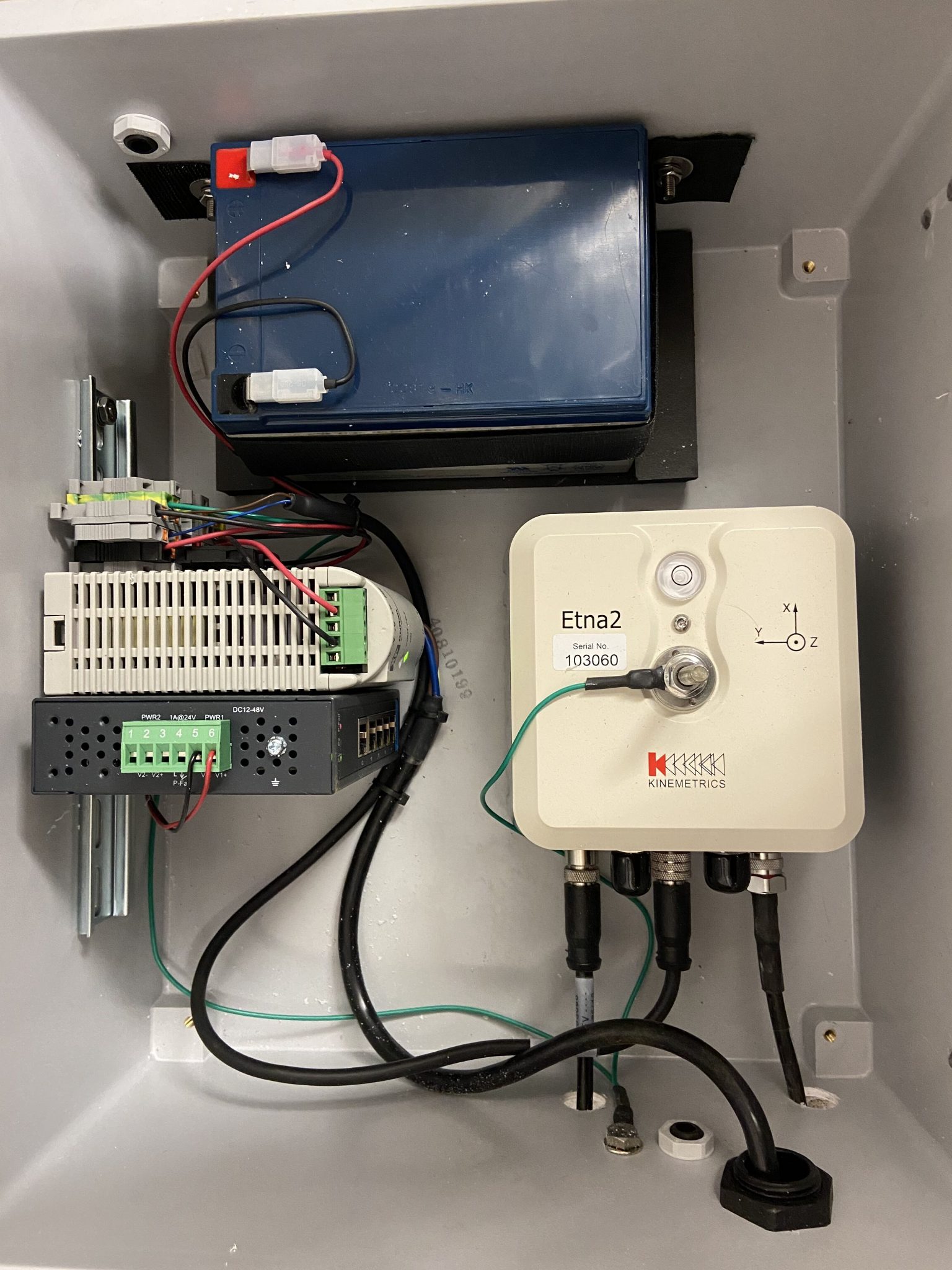 New strong-motion sensors installed recently in the Eagle River and Matanuska Valley regions will provide insight into the magnitude 5.3 quake on Saturday, Feb. 27, 2021, in the Anchorage area.

The sensors, installed by the Alaska Earthquake Center, also provide valuable information for building engineers and public safety officials as they prepare for future events.

Seismologists have determined that Saturday’s quake was an aftershock of the magnitude 7.1 earthquake of Nov. 30, 2018, centered near Point Mackenzie, just north of Anchorage. The 2018 quake caused widespread damage in Southcentral Alaska.

“After the (2018) Anchorage earthquake, reports of building damage were coming in and people quickly realized there was more damage to buildings in Eagle River than in Anchorage,” said Natalia Ruppert, a seismologist at the Alaska Earthquake Center in Fairbanks and one of the sensor project’s leaders.

“Pretty much right away engineers and just regular folks started asking this question: Is there more damage because the intensity of the ground shaking was stronger or is there more damage because the building codes are not thoroughly enforced in Eagle River?” she said. “We couldn’t answer those questions because we didn’t have any actual ground motion recordings in Eagle River, so that is why the idea came up to install sensors in that area.”

The Alaska Earthquake Center did have some strong-motion monitors in the Matanuska Valley region, but those were not capable of providing continuous data recording. The agency did have good strong-motion coverage in Anchorage at the time.

The deficiency in strong-motion sensors led to the collaboration with UAA, which purchased five of the seven sensors now in place. The Alaska Earthquake Center purchased two sensors. Installation began last year and was completed last week.

Strong-motion sensors differ markedly from other Alaska quake sensors, which are sensitive to a wide range of shaking and can measure a quake in the range of magnitude 4.5 to 5 anywhere in the world but can’t reliably handle a major earthquake. The new sensors won’t go offline during intense shaking but aren’t good for smaller quakes.

“These new sites are important in studying the ground motions for strong earthquakes in Southcentral Alaska,” said Dara Merz, an Alaska Earthquake Center field technician on the project. “The data will be used for structural monitoring and assessing the amount of shaking that different areas of the region might experience during an earthquake.”

Data provided by the new sensors about Saturday’s earthquake is currently being analyzed.

Data from the strong-motion sensors will also provide improved data for a ShakeMap, originally developed by the U.S. Geological Survey but generated by the Alaska Earthquake Center. A ShakeMap is a near real-time map of ground motion and shaking intensity, giving information that can help response officials quickly determine areas that may have sustained significant damage so they can direct emergency resources accordingly.

The Alaska Earthquake Center exists in state law at the direction of the Alaska Legislature and works in coordination with several state and federal agencies, including the USGS and the National Oceanographic and Atmospheric Administration.