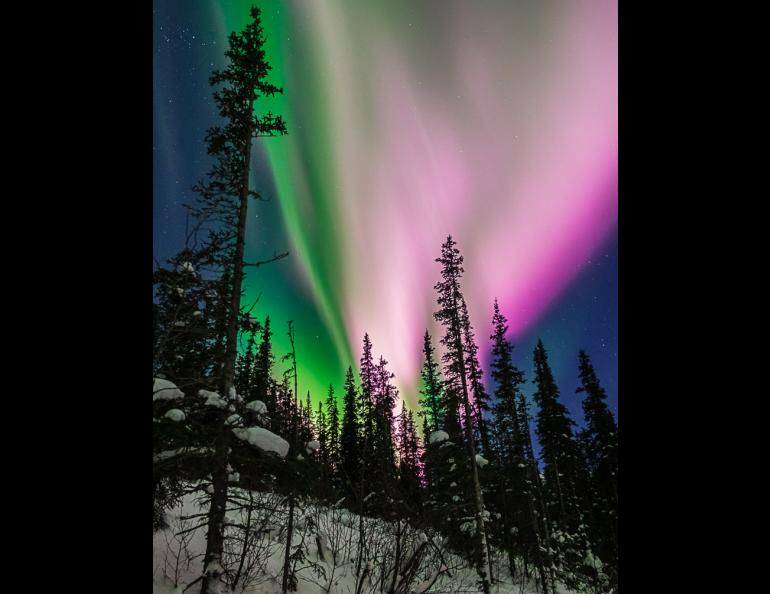 The aurora crosses the sky near Poker Flat Research Range. Recent discoveries made by researchers at the University of Alaska Fairbanks and the U.S. Geological Survey allowed researchers to record aurora using seismometers, the primary tool to monitor earth movement. Photo by Aaron Lojewski. 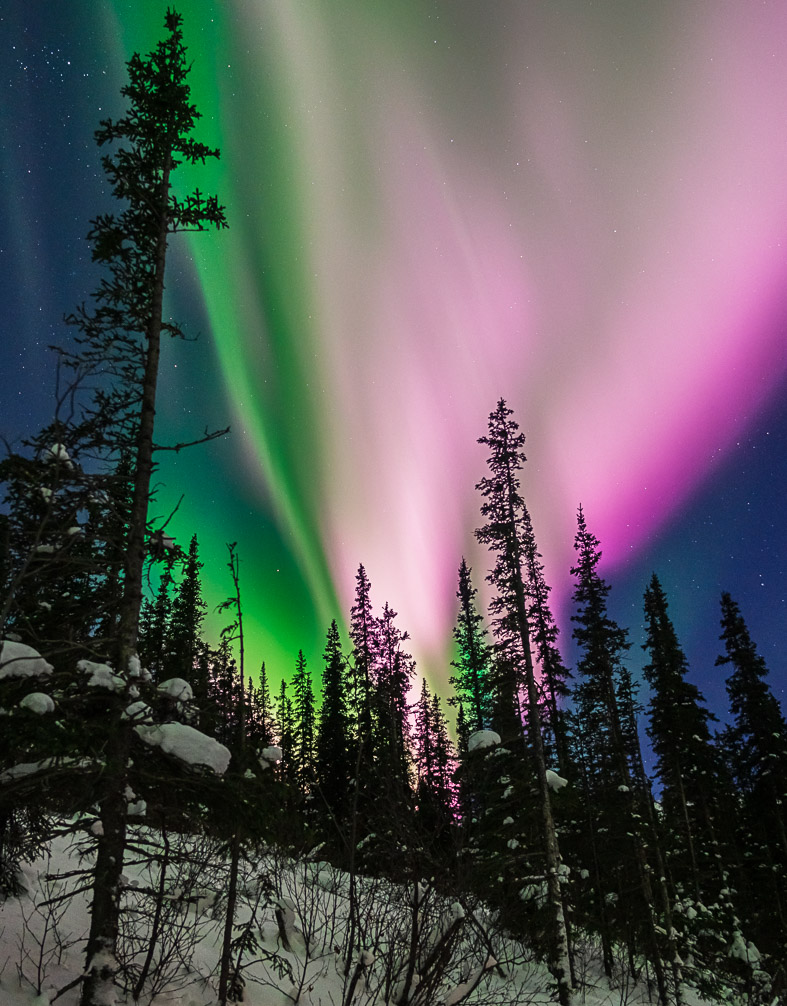 The aurora crosses the sky near Poker Flat Research Range. Recent discoveries made by researchers at the University of Alaska Fairbanks and the U.S. Geological Survey allowed researchers to record aurora using seismometers, the primary tool to monitor earth movement. Photo by Aaron Lojewski.

Earthquakes, with origins deep underground, and the aurora, at the limits of our atmosphere, seem like phenomena worlds apart. The reality is more surprising.

New research from Alaska shows that seismometers, the primary instruments used to measure motion from the Earth, can be used to monitor an aurora. This is the first research to use seismometers to study the aurora.

“The Earth’s ground is in continual, low-level motion that is captured by seismometers,” said Carl Tape, associate professor of geophysics at the University of Alaska Fairbanks Geophysical Institute and primary author on a paper published this week. “It turns out that these seismometers also capture continual influences from space weather, including during aurora displays.”

Using seismometers alongside magnetometers, which record magnetic variations, and all-sky cameras, upward facing cameras with a large viewing area, scientists examined three aurora events above Alaska to look at the phenomenon in a whole new light.

Tape co-authored the publication with colleagues from the Geophysical Institute and the U.S. Geological Survey. Their results were published in the journal Seismological Research Letters.

The colorful lights of the aurora are part of a long series of processes that originate at the sun. When the sun spews charged particles, called solar winds, which meet the magnetic field that surrounds the Earth, it produces the aurora. The collisions of these electrons produce light as the atmospheric gas particles are excited and then relax. Different particles create different colors. For example, green aurora is from oxygen particles.

The interactions between these particles and our magnetosphere can also cause fluctuations in Earth’s magnetic field. Often referred to as space or geomagnetic storms, these events can have significant effects on electrical grids, radio equipment and GPS instruments.

Magnetometers are the primary instruments used to record data from aurora and space storms, but seismometers can read magnetic fluctuations as well. Researchers have known that the ferromagnetic materials used in seismometers make them sensitive to magnetic activity. Since seismometers are used to monitor earth movement, signals from such magnetic activity have been regarded as noise, not data. Because of this, some are equipped with protective shields that guard them from these space weather events. However, most seismometers will pick up signals even if they have magnetic shielding, if the magnetic activity is strong enough, according to Tape.

“[Before this research] I had not really thought about how a seismometer works,” said Donald Hampton, a co-author on the paper, aurora expert and research associate professor at the Geophysical Institute. “Once my co-authors brought these measurements to my attention, it made sense. The magnetic perturbation we observe associated with aurora can be substantial.”

More than 200 seismometers, 13 magnetometers and six all-sky cameras are spread across Alaska, most maintained by the UAF Geophysical Institute. Many of the seismometers are part of a network of temporary instruments placed across the U.S. and Canada as part of the EarthScope project, a large-scale national research initiative to better understand the geological evolution of North America and also the processes that cause earthquakes and volcanic eruptions.

The seismometers across Arctic Alaska are in a high-latitude region that commonly experiences the aurora and associated space storms. In addition, most do not have magnetic shielding, which some permanently installed instruments may have. This means they are more sensitive to magnetic activity.

“What’s captivating for me is that a seismometer — designed to record the motion of the ground — can actually record variations arising from auroral variations seen in the Alaska night sky, emanating from 62 miles (100 km) high.” Tape said. “A scientifically curious person might pause to try to understand how this could be possible, and that’s part of the goal of the work.”

The researchers focused on three aurora events in Alaska. They documented a direct link between aurora images in the night sky and seismometer recordings on the ground. Magnetometers at the same locations also recorded strong fluctuations in the magnetic field, confirming the link between the images of aurora and the seismometer recordings. The findings suggest auroral activity is being captured by seismometers across Alaska. Researchers say that this means the existing seismic array could be used to significantly enhance aurora monitoring and further research.

“High-sensitivity magnetometers are expensive and difficult to deploy in rural Alaska,” Hampton said. “If we can really quantify the effect of the magnetic perturbations on the seismic signal, that could really open up some detailed studies of how the perturbations propagate, which will tell us something about how the aurora expands over time.”

In 1741, scientists from Uppsala, Sweden, were the first to discover a link between aurora variations and magnetic deviations on the ground.

“The scientists had no idea why there was a connection, and they were amazed,” Tape said. “We have a much better understanding of auroras now, though we certainly do not have the data coverage on ground to comprehend all the exquisite variations that we see in the aurora displays. The Alaska seismic stations could help with this.”

A time-lapse movie shows an all-sky camera view from Poker Flat Research Range, which is projected to an altitude of 120 km over Alaska. The movie shows one of the aurora events examined by Tape, Ringler, and Hampton. The ionospheric electrical currents that create the aurora cause magnetic field variations in the ground that are recorded not only by magnetometers but also, as recently discovered, by seismometers.