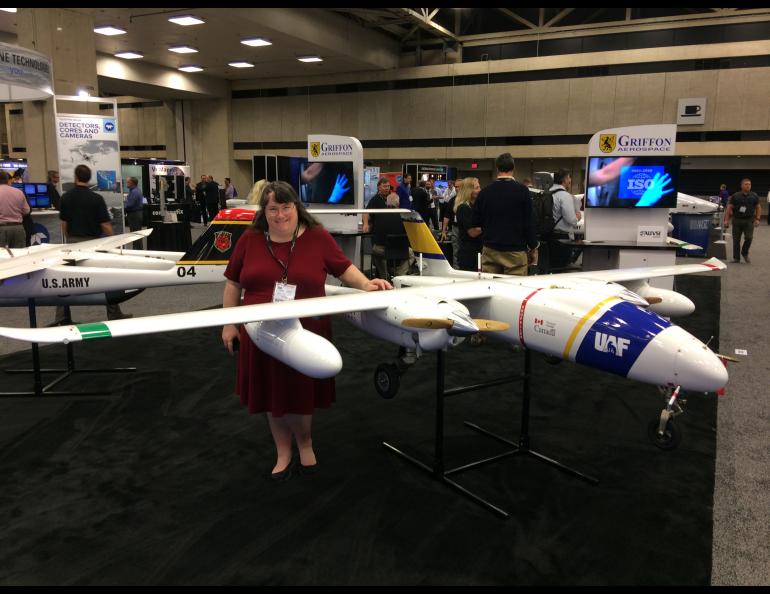 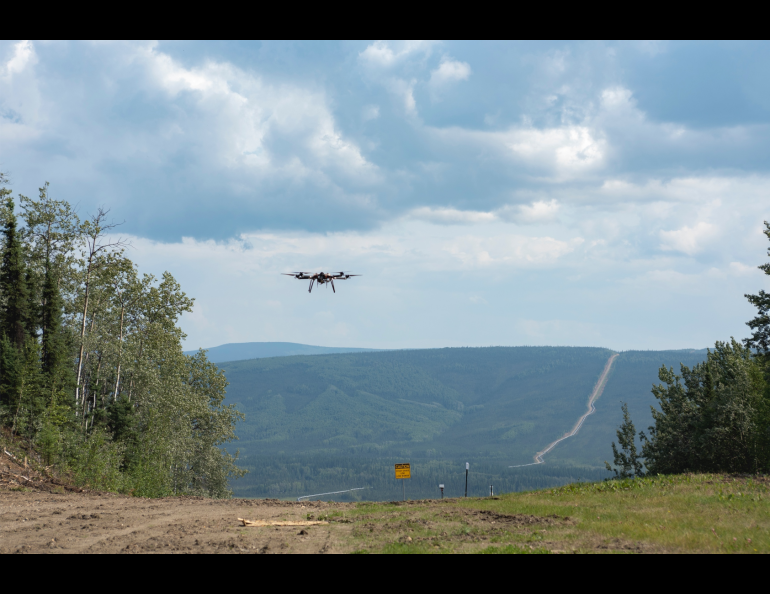 The Skyfront Perimeter 4 flying over the trans-Alaska oil pipeline northeast of Fairbanks, Alaska, during the summer of 2019. Photo courtesy Alaska Center for Unmanned Aircraft Systems Integration. 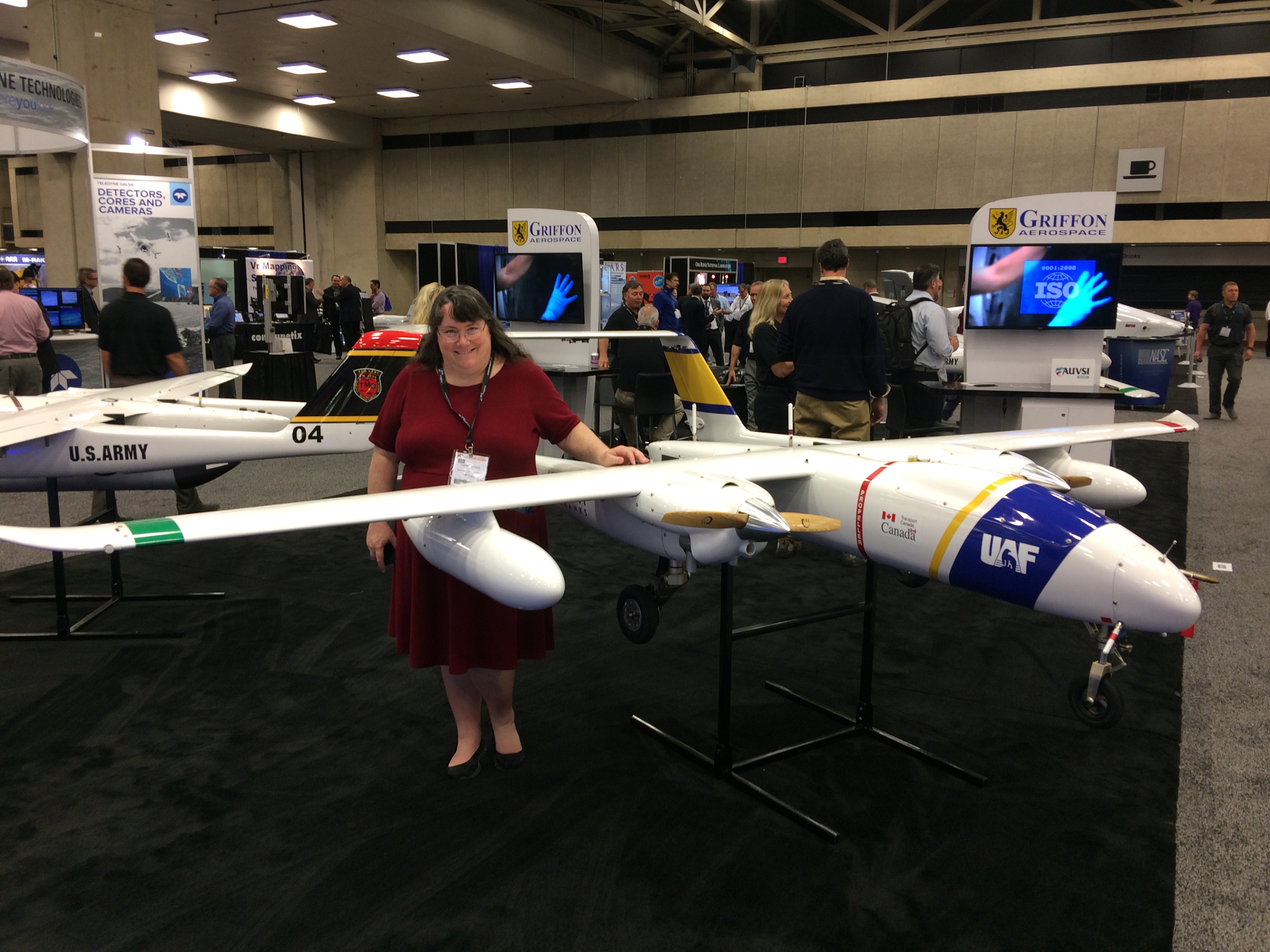 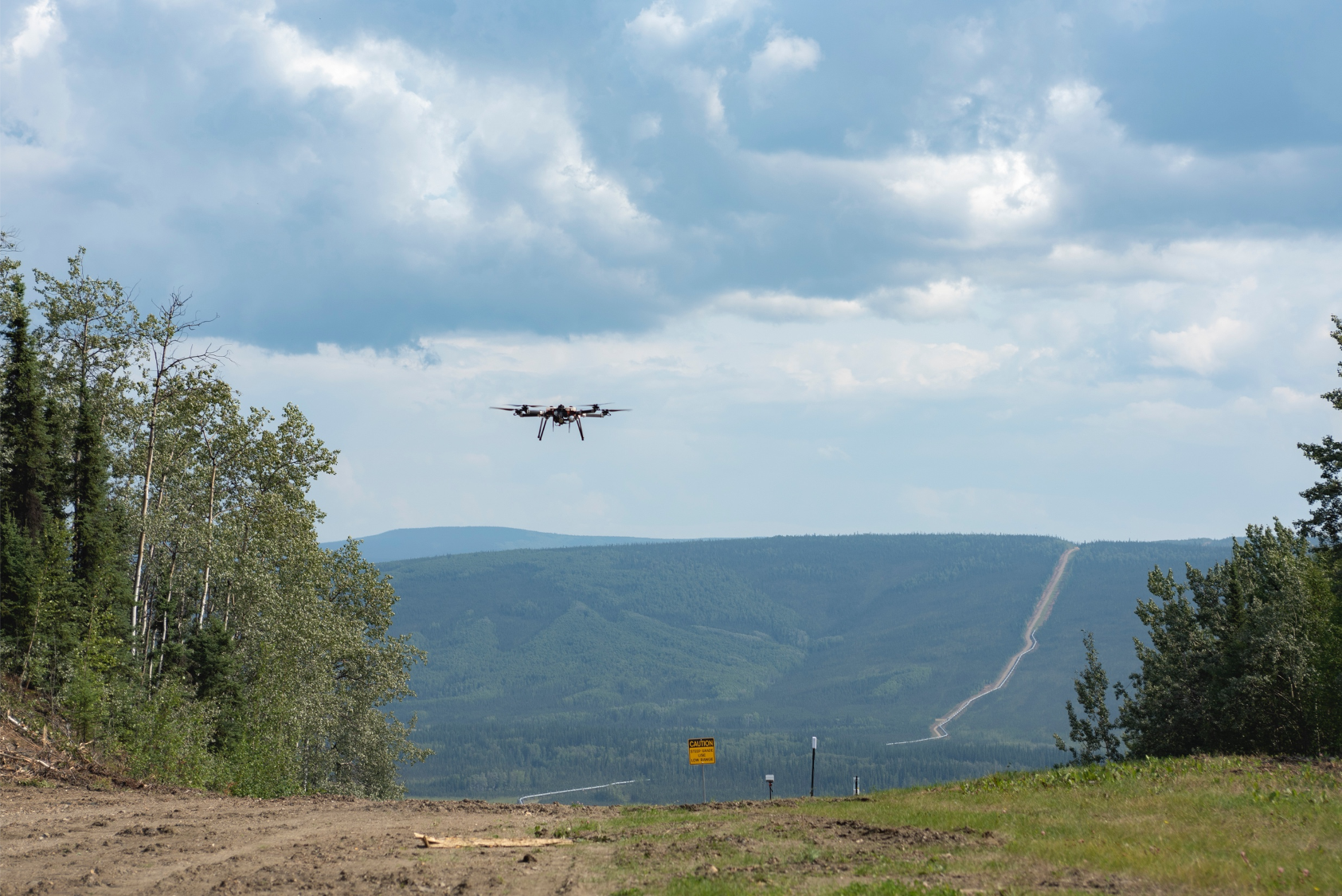 The Skyfront Perimeter 4 flying over the trans-Alaska oil pipeline northeast of Fairbanks, Alaska, during the summer of 2019. Photo courtesy Alaska Center for Unmanned Aircraft Systems Integration.

Leaders at the Geophysical Institute at the University of Alaska Fairbanks delivered strong support of Alaska as an aerospace state in remarks Wednesday to the Alaska Senate Labor and Commerce Committee.

Alaska’s recognized leadership in the rapidly growing field of unmanned aircraft systems, or UAS, was a key component of the presentation by Cathy Cahill, director of the Alaska Center for Unmanned Aircraft Systems Integration at the Geophysical Institute.

“We are trying to leverage all of the different expertise at the state and the university to really break open the airspace here in the state for operations for Alaskans,” said Cahill, who has a Ph.D. in atmospheric sciences.

Cahill also praised the partnership with the state Department of Transportation and Public Facilities that operates many of Alaska’s airports. She called the department “a key partner.’”

“They have a really strong unmanned aircraft program that works with us,” Cahill told lawmakers.

She also praised the relationship with the Federal Aviation Administration, particularly in the agency’s BEYOND program, an effort begun under President Donald Trump as the Integration Pilot Program to accelerate the commercial use of unmanned aircraft in the national airspace. The FAA, excited by the work of UAF, extended its involvement with the university for four years through the new BEYOND program.

Cahill told lawmakers that UAF, as a lead entity, has numerous Alaska public and private sector partners in the BEYOND program. Those partners include the nation’s leading unmanned aircraft system operators, manufacturers, sensor developers, telecommunications companies and users. The BEYOND program brings together state, local and tribal governments, the FAA, and commercial entities to tackle the challenges of conducting unmanned aircraft operations across the country.

The Alaska Center for Unmanned Aircraft Systems Integration manages one of the nation’s seven FAA-approved UAS test sites. UAF is also one of the 15 core universities in the FAA’s Center of Excellence for UAS Research, also known as the Alliance for System Safety of UAS through Research Excellence, or ASSURE.

“So we are a world leader, and the FAA acknowledges where we are,” Cahill said.

Work by the Alaska Center for Unmanned Aircraft Systems Integration is building up a new component of the state’s economy.

“We’re not allowed to compete with commercial industry. So as we're doing this research, we're developing the policies and procedures and are transitioning them to the industry users here in Alaska,” she said. “So it is laying the foundation for the entire unmanned aircraft industry in the state.”

Cahill and Robert McCoy, director of the Geophysical Institute, also informed lawmakers of other UAF research and cooperative work being conducted with state and federal agencies, including the Department of Defense, the Department of Energy, NASA and the National Science Foundation. Some of that work, for example, involves use of university facilities such as Poker Flat Research Range north of Fairbanks and the High-frequency Active Auroral Research Program at Gakona.

“Alaska is an aerospace state; we have lots of advantages,” McCoy said. “We have quite a breadth of activity.”

Among the advantages: Eleven of the 14 daily orbits of polar-orbiting satellites pass over Fairbanks, giving the Geophysical Institute's Alaska Satellite Facility an edge in connecting to the satellites; Poker Flat Research Range is an optimal location for the launch of aurora sounding rockets, and the large and relatively unpopulated region adds to the advantage; the expansive region also makes it easier for the Alaska Center for Unmanned Aircraft Systems Integration to experiment with its vehicles.

Also testifying at the hearing on aerospace activity in the state were Mark Lester, CEO of the Alaska Aerospace Corp., and Ross Garelick Bell, executive director of the Aerospace States Association.

NOTE TO EDITORS: A recording of the hearing can be found online at the following link: http://www.akleg.gov/basis/Meeting/Detail?Meeting=SL%26C%202021-03-17%2…