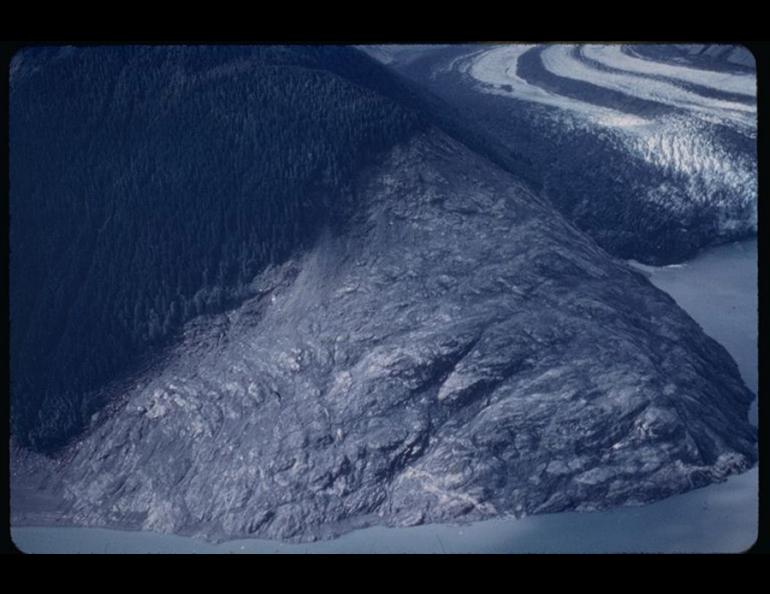 The giant waves of Lituya Bay

One of the prettiest places in Southeast Alaska has felt some of nature’s most violent behavior.

Lituya Bay, on the Pacific coast about 100 miles southeast of Yakutat and 40 miles west of Glacier Bay, is the site of the largest splash wave ever recorded. In 1958, a magnitude 8.3 earthquake triggered a tremendous landslide into the ocean. The wave that followed reached 1,740 feet above sea level on a hill opposite the slide. The slide also triggered a wave more than 100 feet high that raced down the bay.

Neil Davis, a Fairbanks author, geophysicist, and emeritus professor at the Geophysical Institute at the University of Alaska Fairbanks, flew over Lituya Bay in a Super Cub two days after the earthquake.

“When I got there, it was a truly amazing sight,” Davis said. “The bay was filled with icebergs and trees, and there was a tongue of trees and ice going out to sea outside the bay.”

Seven miles long, two miles wide, and shaped like a T, Lituya Bay is the only refuge for boats along a 100-mile stretch of the Southeast coast. The bay, carved by a glacier and nestled within the snow-covered Fairweather Range, impressed French explorer J. F. La Perouse so that he named it “Port of France” in 1798.

La Perouse soon witnessed the dark side of this beautiful place. The extreme tidal current at the narrow mouth of the bay killed 21 of his men as they explored in small boats. The current at the bay entrance reaches about 14 miles per hour, twice as fast as the Yukon River at Eagle. After a futile search for bodies, La Perouse named the only island within the bay Cenotaph, meaning “empty tomb.”

The shallow entrance to the bay was the most predictable hazard at Lituya Bay, but the absence of Native villages within the bay and distinct lines on hillsides that separated old trees from newer growth hinted at the other. The inland part of the bay lies dead on the Fairweather fault, a weak section of Earth’s crust, which, like the San Andreas fault, causes earthquakes when it fails and slips from side to side.

The 1958 earthquake shook loose millions of cubic yards of dirt and rocks from a 40-degree slope in the northeast corner of the bay. The rock mass displaced a large body of water, causing both the splash wave that rose to 1,740 feet and a gravity wave that was 150 feet high at the head of the bay. The waves sheared and stripped the bark from thousands of trees, some of them four feet in diameter.

The late geologist Don Miller flew over Lituya Bay 12 hours after the earthquake. Miller later interviewed the captains of two of three trolling boats anchored in Lituya Bay at the time of the earthquake. He described their experiences in the U.S. Geological Survey publication, The Giant Waves of Lituya Bay.

The wave sunk one boat near the entrance to the bay, killing a husband and wife. A second boat in mid-bay survived the wave by riding over its crest. Moving about 100 miles per hour, the giant wave carried the third boat over La Chaussee Spit and into the open ocean. The captain recalled riding the wave “like a surfboard” and looking down on trees of the spit as the wave carried him 80 feet above. The captain and his wife survived the trip outside the bay, though their boat did not.

The July earthquake in 1958 was not the first time a giant wave had raced through Lituya Bay. Miller dated the trim lines on the hills and confirmed witnesses accounts of a several giant waves in 1936, and also found evidence of similar waves in the 1850s and 1874. Despite the bay’s violent history, Miller didn’t discourage people from visiting there. He estimated the odds of a giant wave occurring in Lituya Bay on any given day as 9,000-to-1.

This column is provided as a public service by the Geophysical Institute, University of Alaska Fairbanks, in cooperation with the UAF research community. Ned Rozell is a science writer at the institute. This column first appeared in 2002. 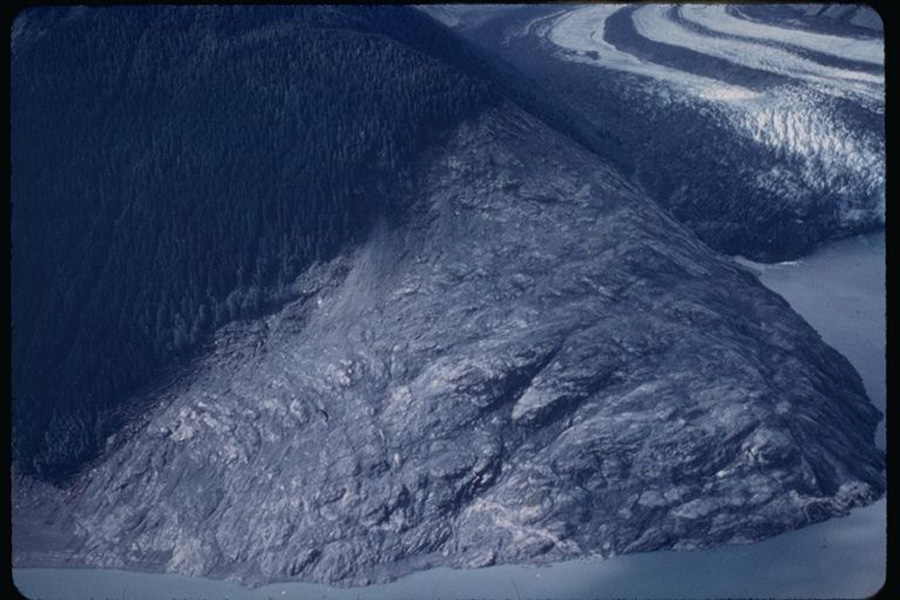