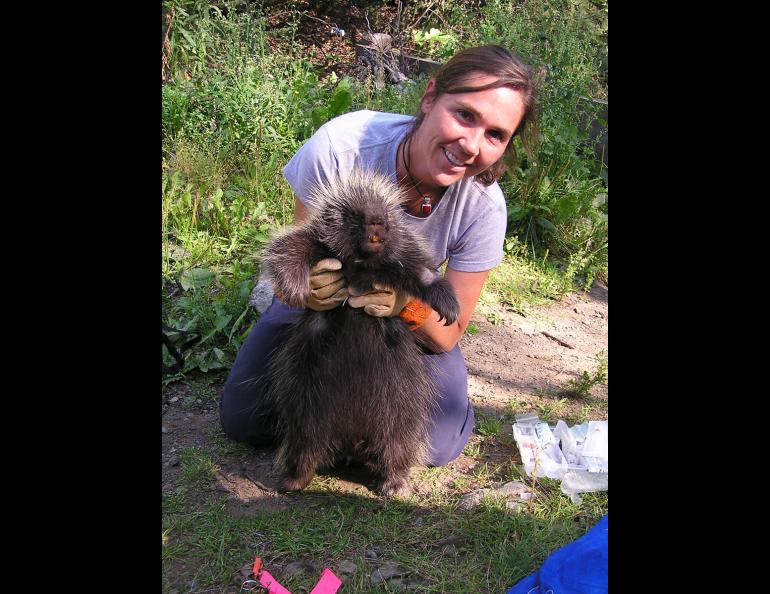 The Alaska porcupine's winter in slow-motion

While running through Bicentennial Park in Anchorage, biologist Jessy Coltrane spotted a porcupine in a birch tree. On her runs on days following, she saw it again and again, in good weather and bad. Over time, she knew which Alaska creature she wanted to study.

“I thought, ‘Oh my god, how does he do it? How does this animal make it through winter?’” Coltrane said during the December defense of her doctoral thesis in Fairbanks. “It would be 20 below out and he’s there eating (bark).”

Coltrane’s study has cast some midwinter light on the Alaska porcupine, perhaps the least-studied mammal in the state. She at first wanted to learn about what porcupines did in winter, but switched to studying the physiology of the quilled creature after the porcupines she watched hardly moved on their tree-limb perches. Winter porcupine behavior “doesn’t happen,” she joked at her fdefense.

But that lack of activity in a subarctic winter made porcupines more intriguing to her. The porcupine doesn’t avoid winter by hibernating like a bear, nor does it curl up in an earthen womb like the beaver (the only larger rodent in Alaska). She saw porcupines most often in trees, with no protection from the elements.

In designing her study, Coltrane mused about the challenges of an exposed life during an Alaska winter. Bitter air temperatures would probably require a porcupine to take in more calories, she thought. This seemed puzzling when a porcupine’s major food was to be the inner bark of white spruce trees and the tree’s bitter needles, rich with toxins that discourage most every other animal from chewing them.

To begin her study, she searched for detailed studies of far-north porcupines. She found none. With advice from biologists she respects, she set up her own study, installing radio collars on porcupines in the forests of Anchorage and with the help of her husband building pens for a few in Fairbanks. The captive porcupines helped her understand how they functioned on such a poor diet.

After a study that took her more than six years, Coltrane presented these porcupine insights during her thesis defense:

This column is provided as a public service by the Geophysical Institute, University of Alaska Fairbanks, in cooperation with the UAF research community. Ned Rozell is a science writer at the institute. 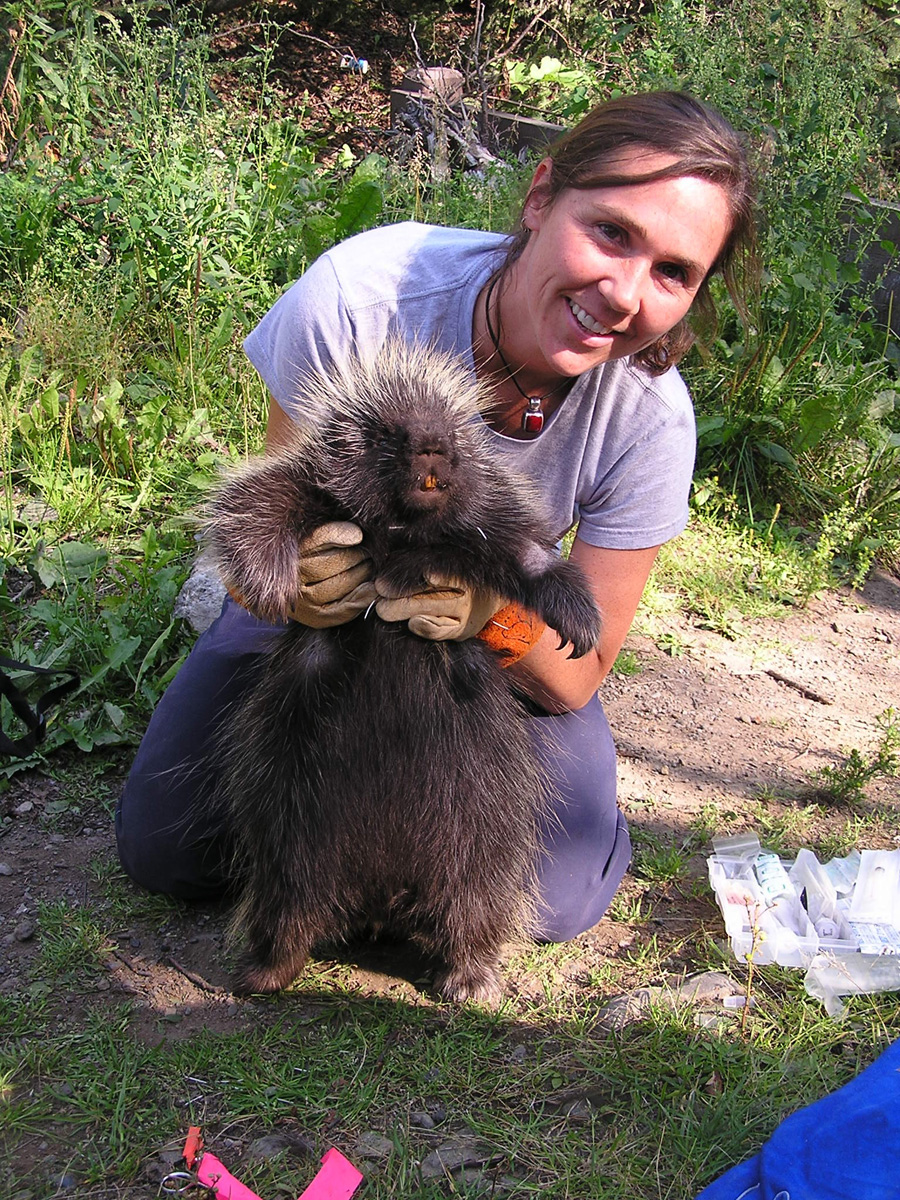