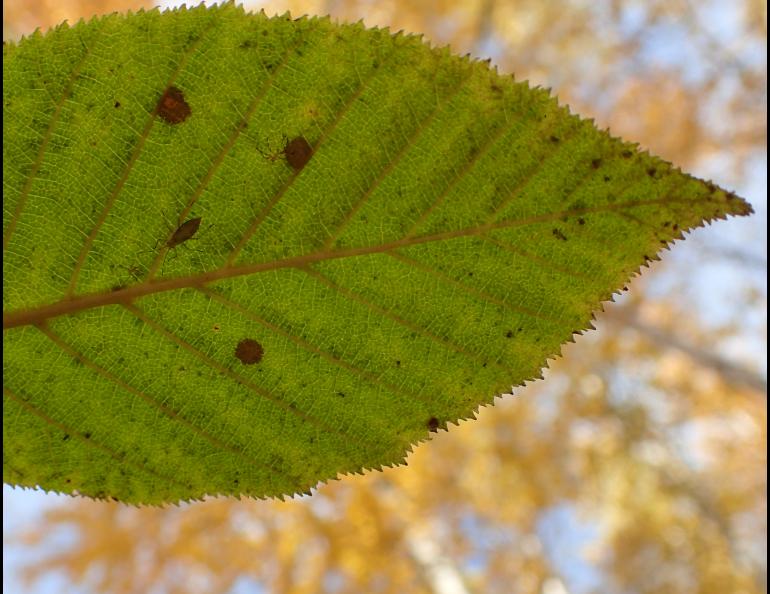 An alder leaf in its mid-September shade. Photo by Ned Rozell.

Alders go their own way in autumn

With every autumn breath we take, Alaska brightens with yellows, reds and oranges of plants recovering what they can from tired solar panels. But one shrubby tree does not join the party. Alders remain a stubborn green. Many won't drop their leaves until long after the snow falls.

This reluctance is one of the wonders of an overlooked organism, said ecologist Roger Ruess. A UAF professor, Ruess has studied alders on Alaska floodplains and within upland forests for the past quarter century.

"It's got its tentacles all over the place," he said of the woody plant that improves the vigor of many others. Often found around road cuts, landslides and other recent disturbances, alders are a terrific hiking obstacle, with ankle-catching curved stems and leaves at face level. The opportunistic plant is often the one scientists refer to when they say the Arctic is getting shrubbier.

Ruess has a notion why alders stay green in the fall.

This is where alder is not just another tree. Like other plants, alder pulls carbon dioxide through its leaves and converts that carbon into wood, roots and leaves. But in addition to feeding itself, alder also supplies carbon to bacteria that live in tiny knobs that grow on its roots. Inside these nodules, the bacteria (called Frankia) use an enzyme to convert nitrogen gas into a form alders can use.

It's expensive to feed the bacteria, which might be why alder leaves remain green in fall. Unlike other plants that break down chlorophyll in leaves to regain some nitrogen, alders get most of their nitrogen from their guest bacteria.

Nitrogen is a precious, needed element for all plants, but the alder is one of a few able to mine it from the air, which is 78 percent nitrogen. And the alder is not stingy with its catch. Other plants benefit when alder leaves drop and decompose on the forest floor. But much of the sharing happens underground.

"There's a lot of nitrogen being cycled very rapidly through alder roots that are only living a few weeks," Ruess said.

Those unassuming bushes quietly enhance life all over the landscape.

"All the nitrogen you find in forests after 200 years of succession along floodplains can be accounted for by nitrogen fixing by alders during the first 30 years after sandbar development," Ruess said. "In some upland forests where you don’t find alder, I'll bet alder was there several fire cycles ago, or even thousands of years ago."

Along with the magic power of retrieving nitrogen from air and sharing it, some alders are just about immortal. In addition to springing from the seeds that fall from their woody cones, alder stems can sprout from the roots of damaged trees.

"Alders can live for hundreds of years," Ruess said. 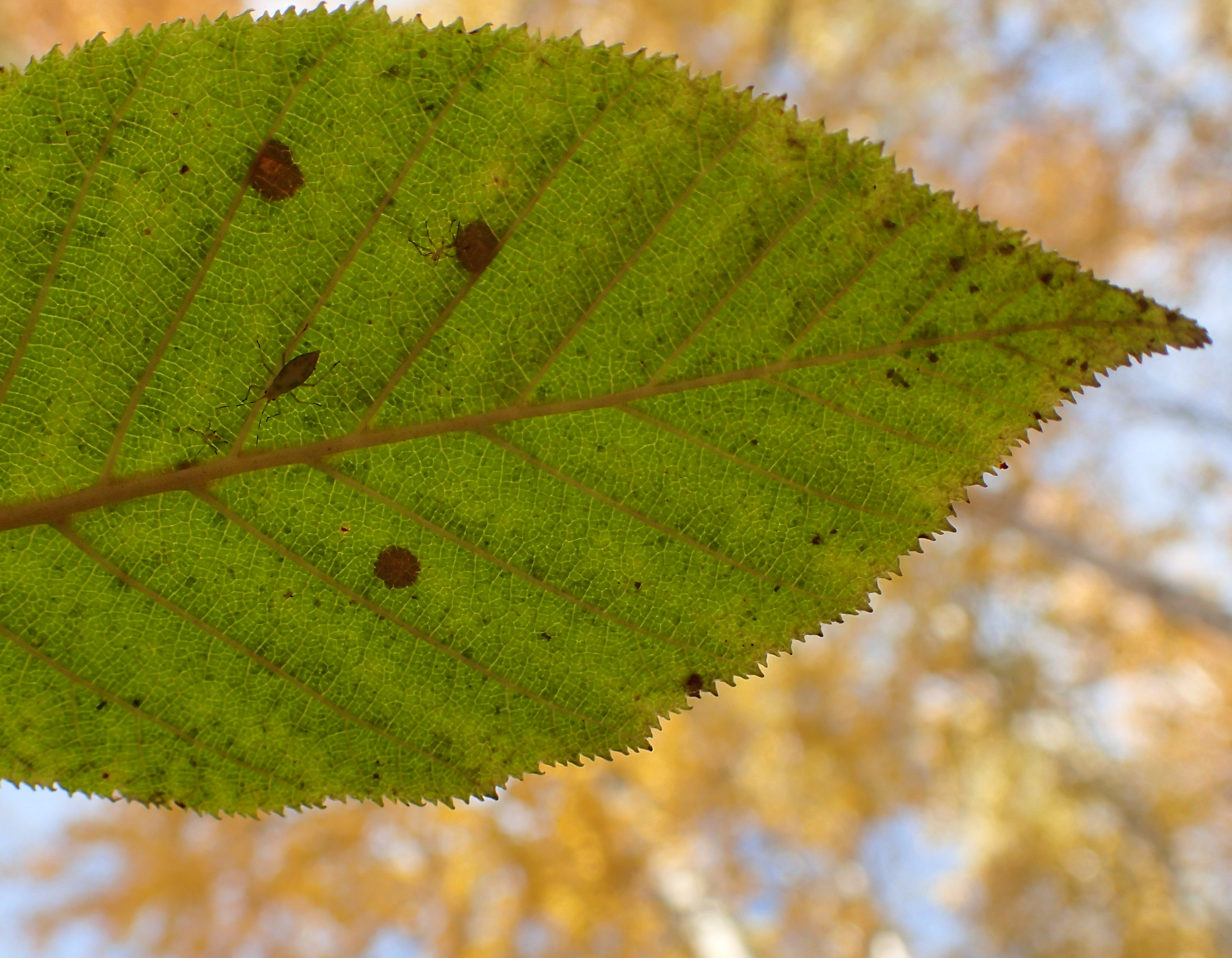 An alder leaf in its mid-September shade. Photo by Ned Rozell.