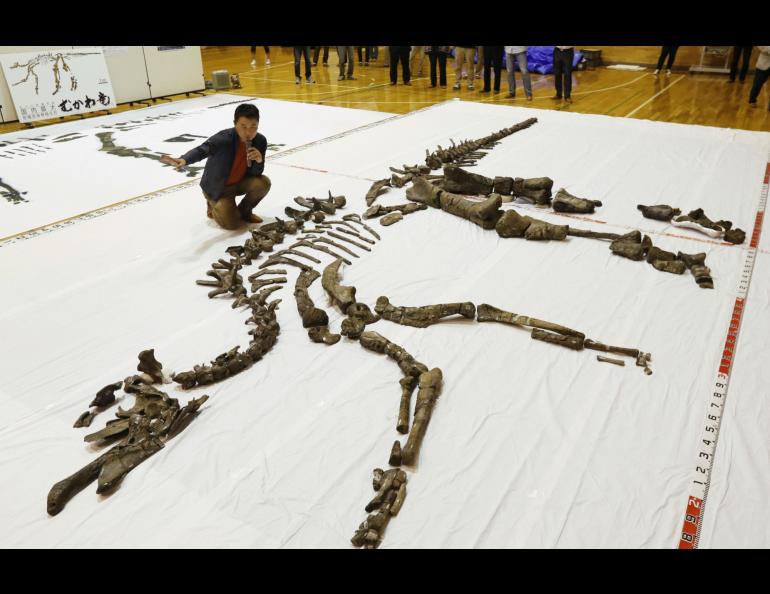 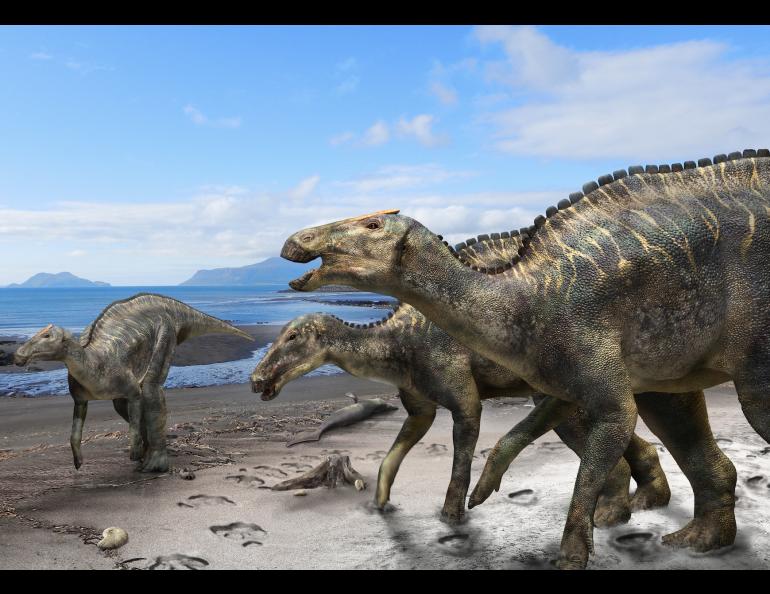 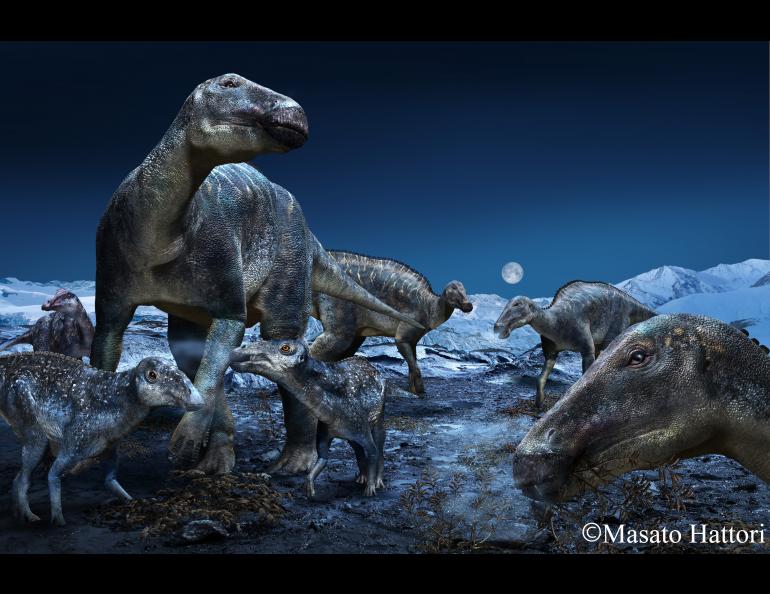 Dinosaurs striding across the land bridge

The recent discovery of the most complete dinosaur skeleton ever found in Japan suggests the duck-billed creatures once stomped across the Bering Land Bridge.

The dinosaur found in Japan is very similar to Edmontosaurus, fossils of which have been found throughout Alaska. The creatures may have been more adaptable and widespread than caribou are today.

Millions of years ago, the dinosaur’s bones came to rest in the town of Mukawa, in the northern region of Japan. Yoshitsugo Kobayashi of Hokkaido University Museum in Sapporo led the excavation of the dinosaur there.

During the dig, Kobayashi had for days made a seat of a long, narrow rock. One day, a colleague suggested the rock he was sitting on was about the same length as the largest bone in the dinosaur’s body. Kobayashi investigated, and saw it was indeed the animal’s femur.

“It was bigger than I imagined,” he wrote about the bone, long as his legs and thick as his waist. “This was the first time I realized the hugeness of this dinosaur.”

Kobayashi’s find is similar but not identical to Edmontosaurus, a plant-eater more than 20 feet from head to tail that left many fossils and footprints in Alaska. The rich bone deposits of Edmontosaurus within a hillside of the Colville River were perhaps the result of the dinosaurs perishing together in a prehistoric flood.

Edmontosaurus, which weighed two tons or more and perhaps walked upright on its two hind legs, roamed the landmass from today’s Colorado to Alaska, said Tony Fiorillo of the Perot Museum of Nature and Science in Dallas. Fiorillo, a frequent visitor to Alaska, is a coauthor on the 2019 paper unveiling the Hokkaido dinosaur.

“It seems that Edmontosaurus had an ability to adapt to a polar environment and established an exceptionally wide range latitudinally, compared to other dinosaurs,” said Kobayashi, who has teamed with Fiorillo on many Alaska expeditions. “It’s fascinating to think they likely used the ancestral Bering Land Bridge between Asia and North America for migration, in a similar manner to mammoths, woolly rhinoceroses and early humans.”

The Japan dinosaur was close, but not identical, to the Alaska version.

The ones that settled in North America were the Edmontosaurus. The ones that perhaps wandered to Asia and moved onto northern Japan were Kamuysaurus japonicus, the name scientists gave the Hokkaido dinosaur.

Even though the Bering Land Bridge might have still existed, the dinosaurs were separated long enough to be considered different species.

“While we did discuss whether or not we were looking at the first Asian Edmontosaurus, there are enough differences to warrant separation of the two dinosaurs,” Fiorillo said.

In 1961, Shell Oil geologist Robert Liscomb found what he thought might be mammoth bones on the North Slope. Those fossils turned out to be the first dinosaur documented in Alaska. In the late 1980s, paleontologists determined the bones were Edmontosaurus.

Researchers have since made dinosaur finds all over the state. They have tried to imagine the life of dinosaurs 60 to 70 million years ago, when Alaska was farther north than it is now, and have come up with more questions than answers.

For example, how did animals like Edmontosaurus survive long periods of darkness, even if Alaska was warm as a Louisiana bayou? And, if these dinosaurs were migrating across the Bering Land Bridge to roam Asia, were they, at times, stumbling through the dark? 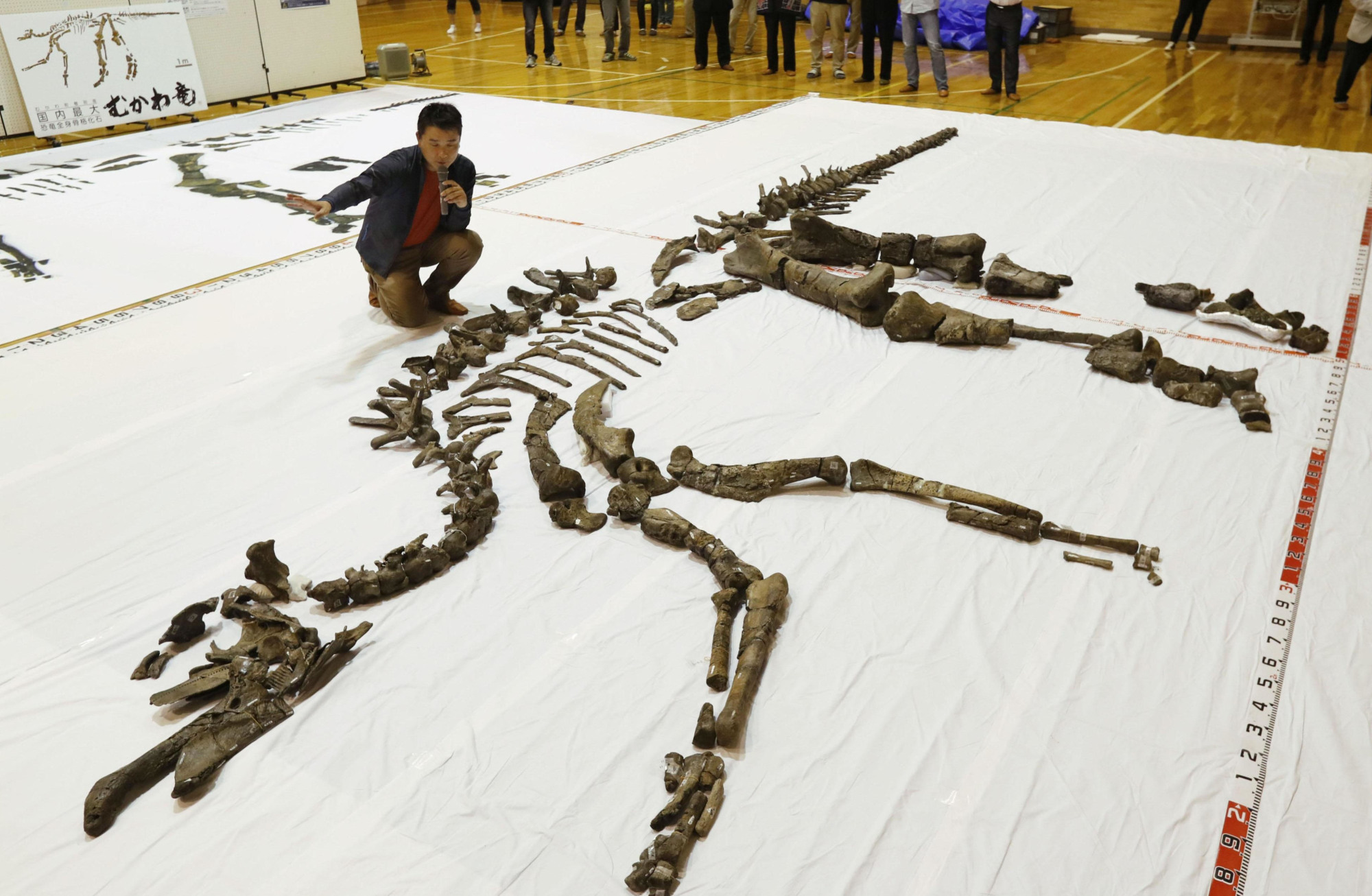 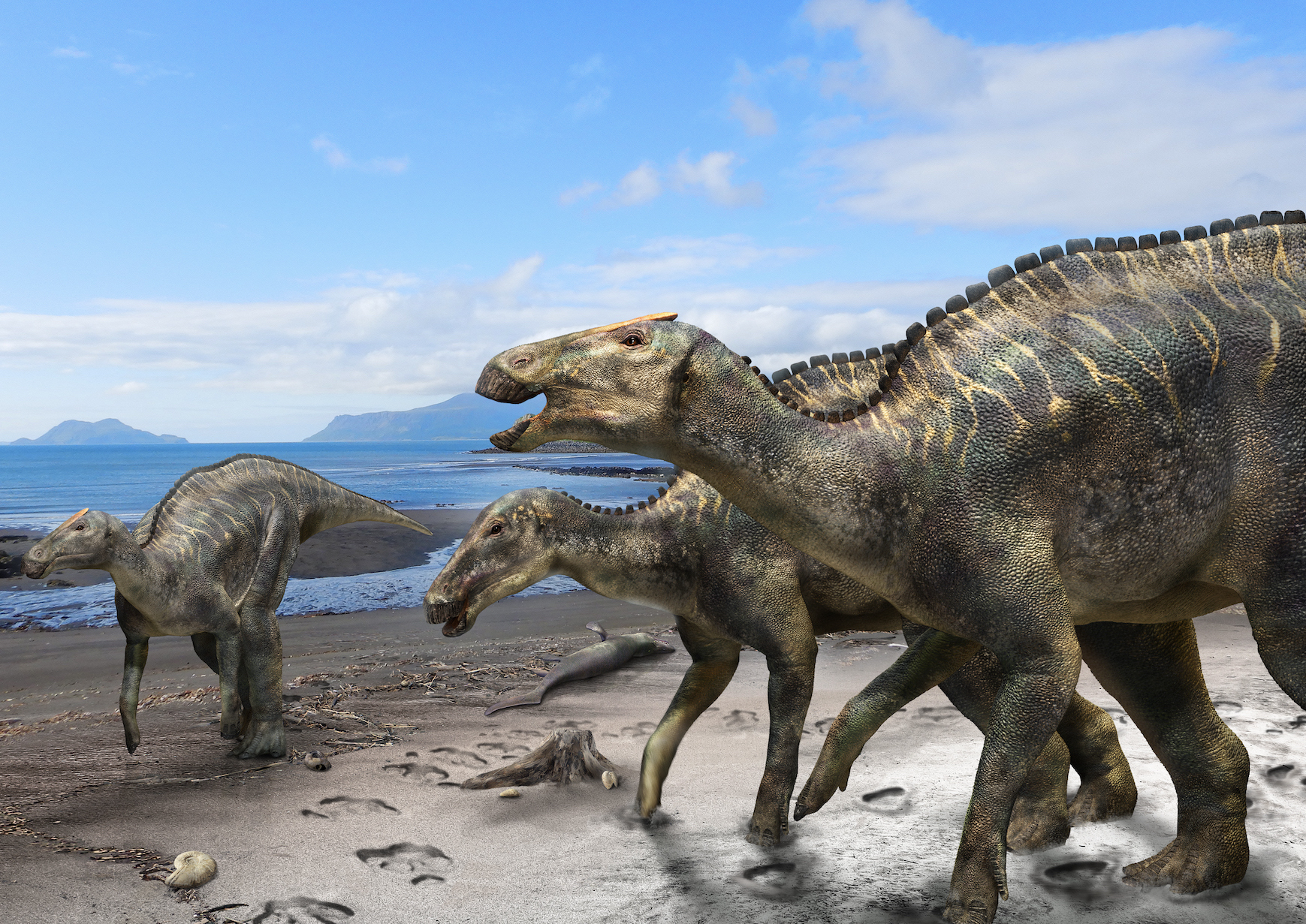 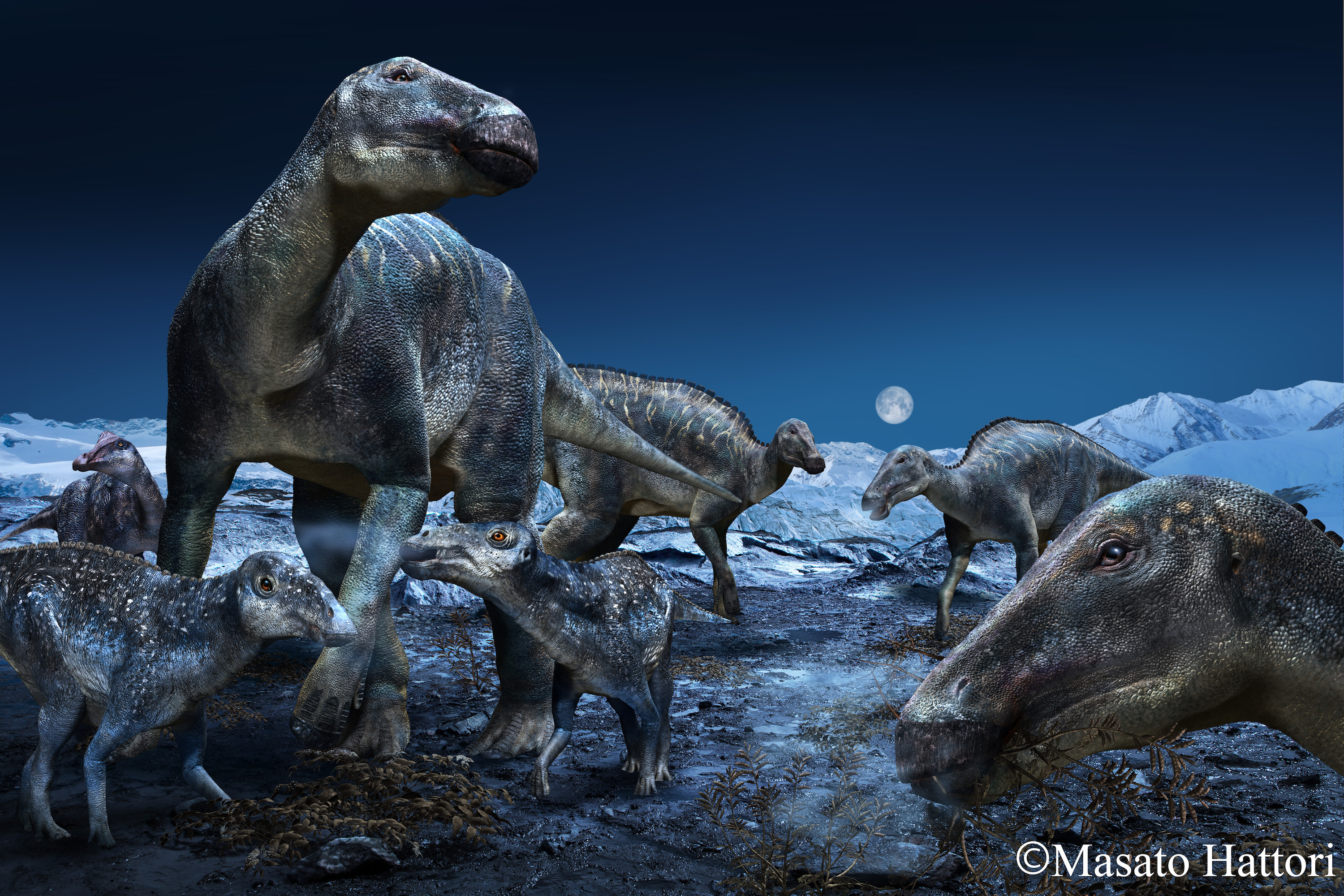