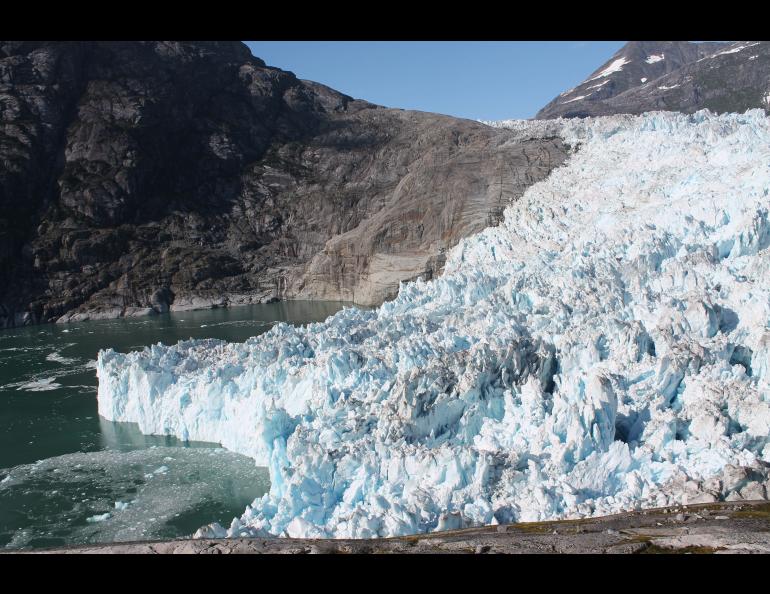 LeConte Glacier near Petersburg is the farthest-south glacier that spills into the sea on this side of the equator. Where that ice tongue dips into salty water, scientists recently measured melting much greater than predicted.

Scientists like working at LeConte because it’s just 25 miles from the fishing town and the ice has carved a few clifftops upon which glacier watchers can perch. They can also compare the 20-mile long glacier to larger ones in Greenland and Antarctica that are dumping huge amounts of fresh water into the ocean.

A few generations of Petersburg High School students have taken helicopter and boat rides to LeConte Glacier as part of their science classes. Teacher Victor Trautman, who retired in June 2019, visited the glacier this May with six students.

Trautman was continuing the work of Paul Bowen, a teacher at Petersburg High School who began aiming surveying equipment at LeConte Glacier’s blue-white face in 1983.

In the mid 1990s, Bowen noticed the glacier’s sudden retreat of a mile after it had pretty much remained in the same place for more than 30 years.

That’s when glaciologists became interested in Bowen’s detailed reports and started their own monitoring of LeConte. Roman Motyka of UAF’s Geophysical Institute has been around for all of those professional studies. He was one of nine authors of a 2019 study in the journal Science. He and others documented their direct measurements of glacier ice turning to water beneath LeConte’s thunderous face.

David Sutherland of the University of Oregon is lead author of the new LeConte Glacier study. In August 2016 and May 2017, scientists bounced sound waves off the glacier front to create images of the underwater part of the glacier. They sampled the ocean water for temperature and salinity. They also recorded air temperature and precipitation and videoed the glacier’s behavior.

Sutherland is now on his way to Greenland to study glaciers flowing from the ice sheet into the ocean. The complicated logistics of that trip half a world away make him appreciate LeConte Glacier, which got its name in 1887 when U.S. Navy admiral Charles Thomas surveyed the Alaska coast and honored his friend Joseph LeConte, a California biologist.

“It’s amazing to me that the environment (Alaskans) have in their backyard can be used as analogues for globally important processes,” Sutherland, an oceanographer, said as he prepared for his trip.

As it melts, LeConte Glacier is behaving like almost every other glacier in our warming world, contributing to sea-level rise that threatens coastal cities from Sri Lanka to Sweden.

In the recent study, Sutherland, Motyka and other scientists, including former Geophysical Institute graduate student and University of Alaska Southeast scientist Jason Amundson, showed underwater melting “up to two orders of magnitude greater than predicted by theory.”

The scientists hope their paper will guide others to make real measurements of ice loss where glaciers meet the sea, and will make predictions of sea-level rise more accurate.

As for LeConte Glacier, the body of ice that exists farther south than the city of Kodiak may now be losing much more ice than it is gaining through snowfalls in the high country.

“The warming of both the ocean and atmosphere may spark another rapid retreat,” Motyka said from his home in Juneau. “The entire Stikine Icefield (which feeds ice to LeConte and other glaciers) is thinning at a high rate.” 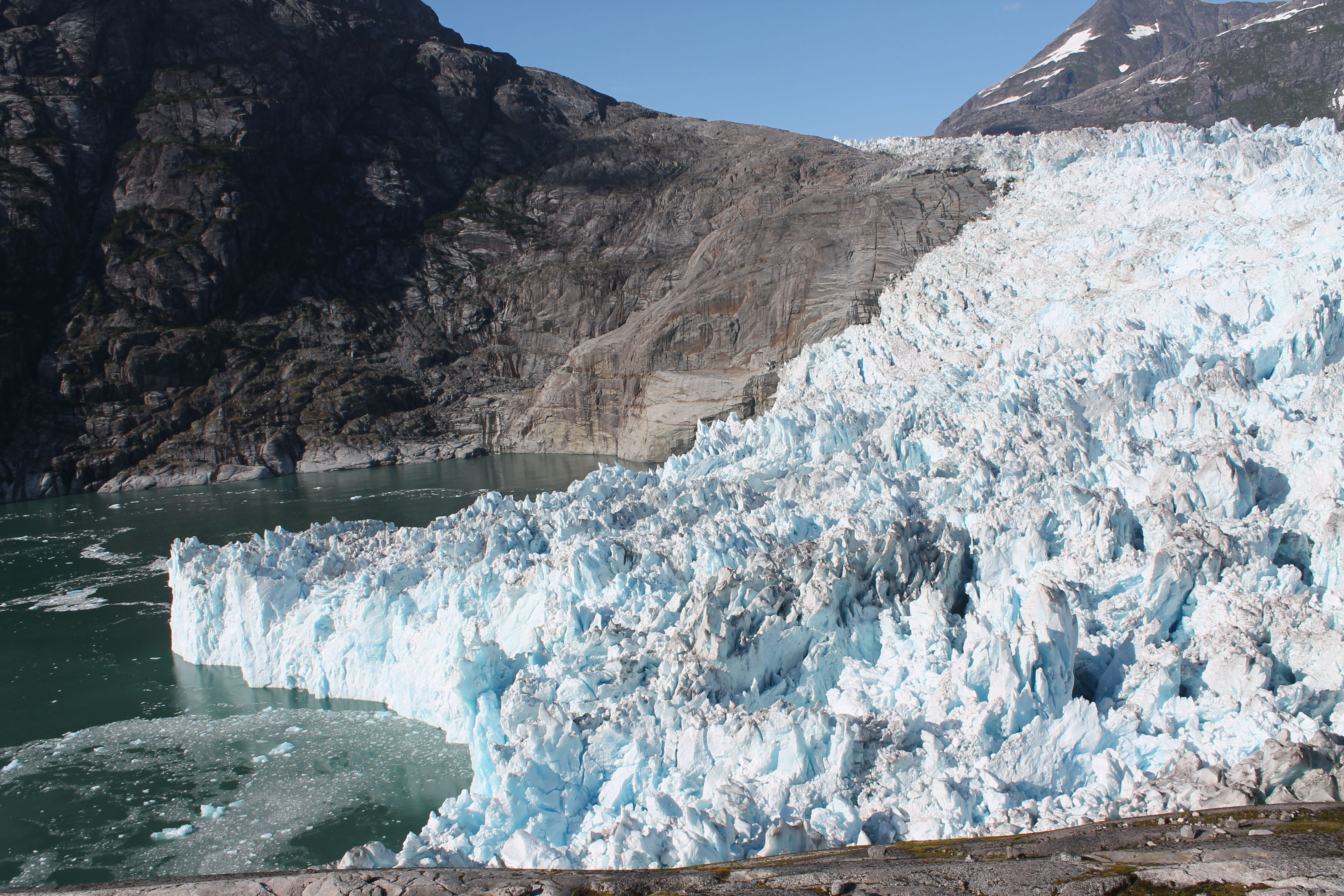