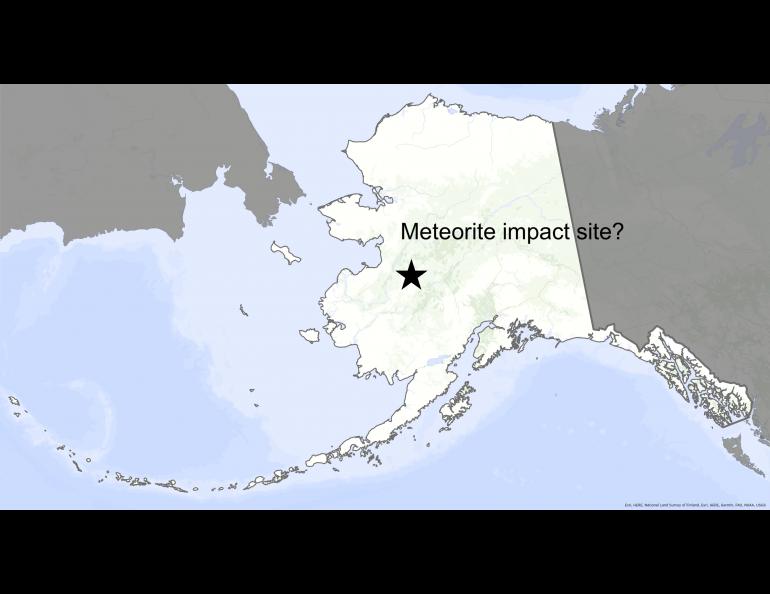 A meteorite — or more likely pieces of it — may have come to rest in the frozen swamps of middle Alaska on October 15, 2020.

Fireball in the sky over Alaska

Katie Kangas operates a bed-and-breakfast in Ruby, Alaska. On the morning of October 15, she turned to look out her picture window, toward the cabin next door. She was waiting for her client to switch the light on, at which point she would step out and deliver his breakfast.

Staring out into the darkness, she and her husband Ivan saw “an enormous ball of light in the sky to the west. It was moving north to south, and was quite big.”

A few hundred miles northwest, Daisy Sours was standing outside in Selawik, Alaska, at about 7:30 that morning. She saw something she never had before.

“It looked like fireworks, until it split into four dots,” she said.

At villages in northwestern and central Alaska, from McGrath to Wainwright, people saw what scientists think was a meteorite — a rock falling from space burning up and breaking apart in the thick air surrounding Earth.

David Fee thinks it was a bolide, a fiery meteor that exploded in the atmosphere, probably above the quiet spruce swamps east of Kaltag and south of Galena.

Fee is head of the infrasound program at UAF’s Geophysical Institute. Infrasound is low-frequency noise; elephants might be able to hear it, but our ears don’t work in that range.

Scientists detect infrasound signals with microphones on spidery legs. The stations are peppered all over Alaska.

Since the 100-plus stations were installed all over Alaska, in Antarctica and on humid islands in large expanses of blue salt water, scientists have detected nuclear explosions beneath China from as far away as Fairbanks.

Helping determine compliance with the Comprehensive Nuclear Test Ban Treaty is a large part of the Wilson Alaska Technical Center’s existence, but scientists have found the infrasound networks valuable for other things.

Fee, who is also a researcher with the Alaska Volcano Observatory, finds infrasound useful for capturing the explosive roar of volcanoes. Scientists have also detected the aurora borealis stirring the thin air above us, and the air disturbed by far-off mine explosions.

And, it turns out, infrasound is also a good tool for measuring the path of space rocks screaming through the 30-mile shell of gases surrounding our planet. An infrasound network on the UAF campus in Fairbanks recorded a clean signal of the air-pressure waves from the Oct. 15 bolide over western Alaska.

“I typically don’t work on meteors, but they are often really nice infrasound sources to help better understand the performance of our networks, and I think provide valuable information on meteors and bolides themselves,” Fee said.

Stations from all over Alaska helped Fee and his coworkers determine that the space rocks from the mid-October visitor to Earth are probably somewhere north of the upper Innoko River.

The chunks and nuggets — coated with a black “fusion crust,” the result of sizzling friction with air molecules — have now cooled to the touch. Those bits of space are now buried by snow within a quiet portion of the third rock from the sun. 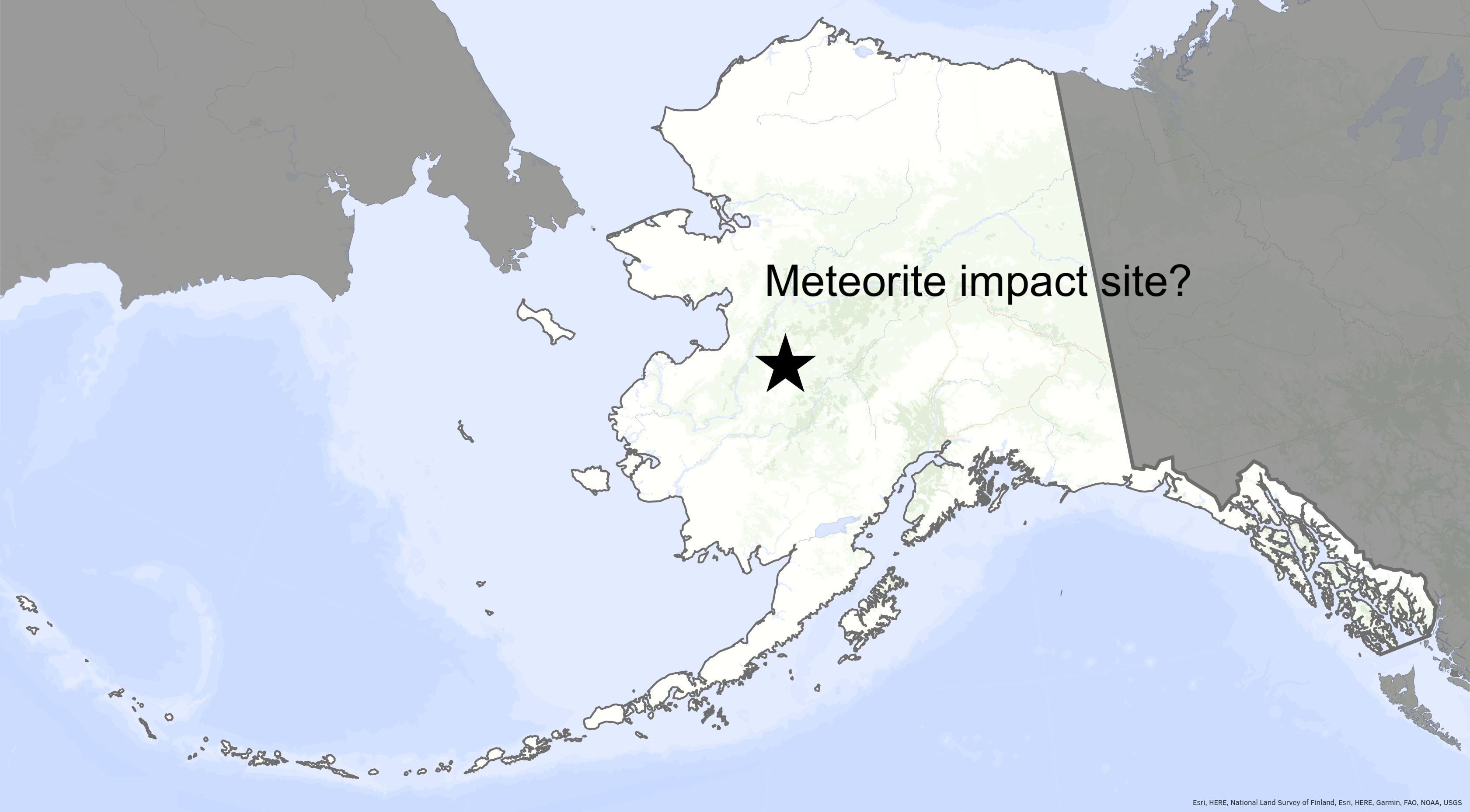 A meteorite — or more likely pieces of it — may have come to rest in the frozen swamps of middle Alaska on October 15, 2020.