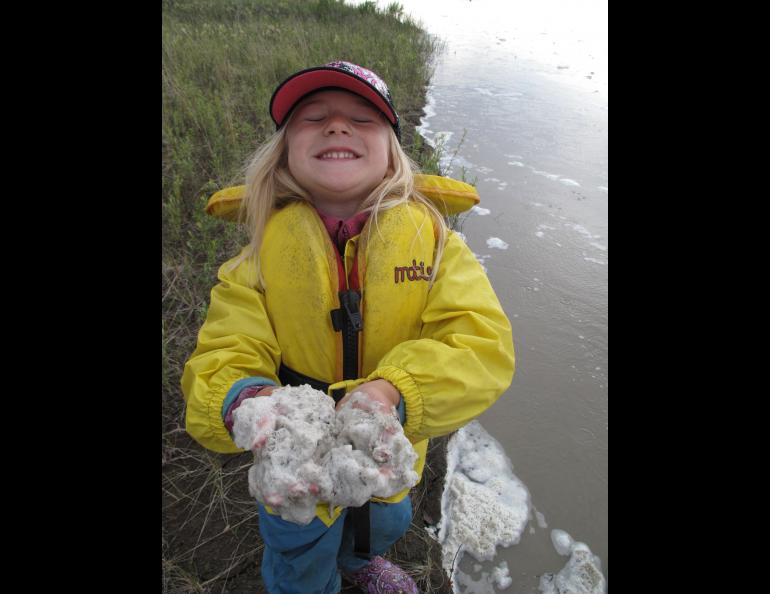 A girl with foam that was floating on the Tanana River. Photo by Ned Rozell.

Foam on the water a sign of life and death

While sitting in the front of a canoe on a twisty Alaska creek, my daughter asked to steer closer to the riverbank. She wanted to grab some suds. There, caught in the elbows of fallen trees, were quivering mounds of white foam.

Foam is floating on most Alaska waterways this summer. Years ago, when I first saw yellowish suds on a creek that ran behind my cabin, I thought of something manmade and nasty spilled upstream. But the Pearl Creek foam and other globs seen far from towns are probably natural.

David Wartinbee of Soldotna knows this because he has sought out river scum for scientific purposes. The aquatic ecologist, attorney and pilot has for years gathered foam from streams and lakes. Within it, he finds the shed pupal skins of delicate midges that began their lives in the waterway. Using foam as his collecting agent, Wartinbee identified 88 species of midges that live in the Kenai River.

So where does the foam come from? It emerges from anything that was once alive that sheds fatty molecules during decomposition.

Plants are a major foaming agent. Dead parts of plants, like birch leaves that fell the preceding fall, contain lots of lipid molecules. Lipids are fats and oils that make up things like waterproof plant cell walls. Lipid molecules don't mix with water. They float on the water like an invisible layer of liquid dish soap.

Waves beat the fatty skim to a froth. Air gets beneath the film. Bubbles form and multiply, piling against logs and rocks. The resulting foam can last for a long time, until bacteria gobble it up.

Foam often turns yellow or brown as its blob captures other floating debris, like the former skins of waterborne flies, pollen, seeds, algae and moss spores. Foam is a good recorder of what's going on in a stream.

Plants growing and dying in Alaska's bogs and wetlands deliver loads of carbon to streams, often staining them the color of iced tea. These streams, like the river my daughter and I were on, tend to be foamy ones during times when rain or snowmelt rinses the land.

Foamy water can also be the result of pollution, but that probably doesn't happen much in Alaska, especially far from cites and villages. Soaps and detergents don't drift far from the source and will often reveal the scent of perfume added to the soap.

"In some places, like when the Cuyahoga River in Ohio was catching on fire, foam told you things are bad," Wartinbee said. "But it's a perfectly normal part of stream activities." 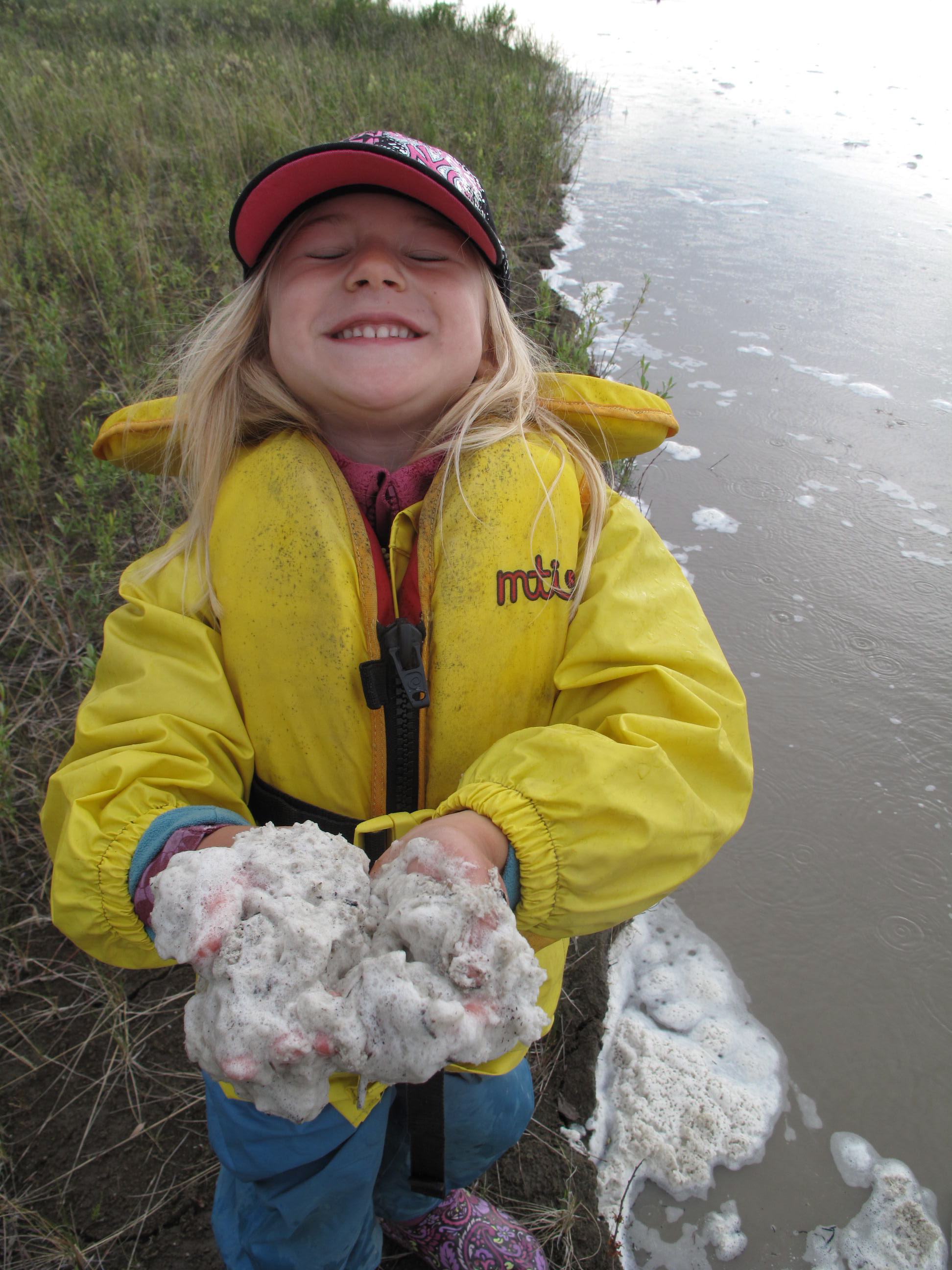 A girl with foam that was floating on the Tanana River. Photo by Ned Rozell.