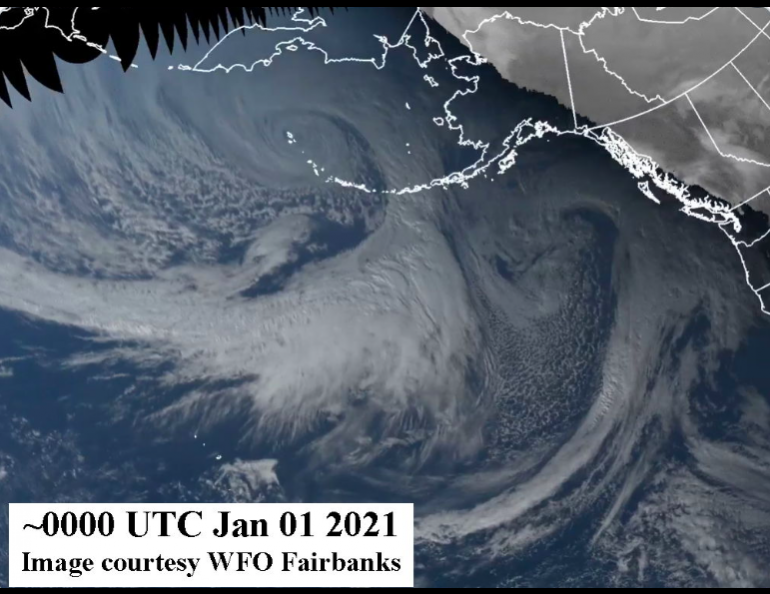 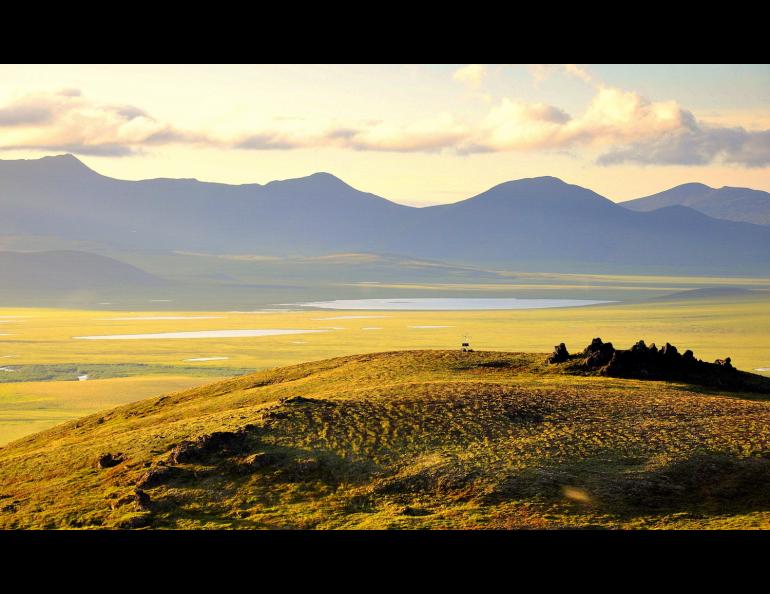 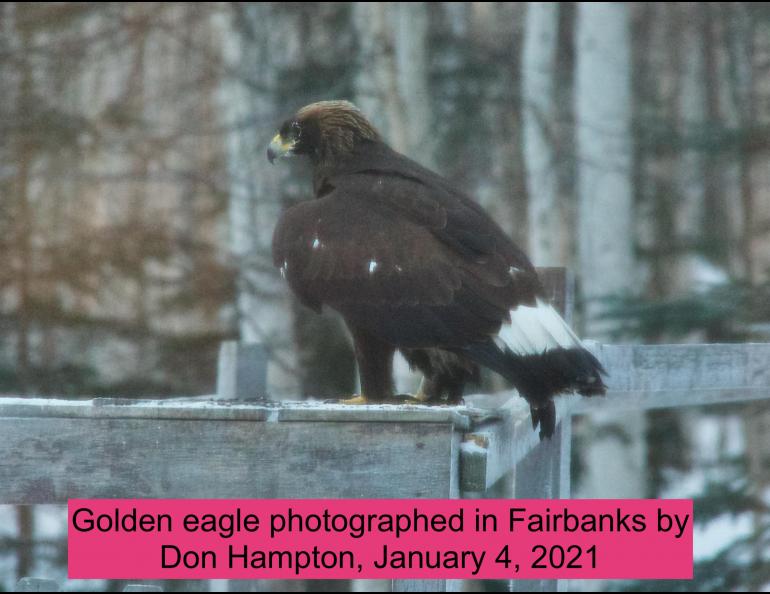 A golden eagle that showed up in the Fairbanks yard of Don Hampton and Anne Ruggles. Photo by Don Hampton.

First, on New Year’s Eve 2020, a superstorm spun its way through the North Pacific Ocean and into the Aleutian Islands.

The twirling mass of gases surrounding Earth was more than 5,000 miles wide, its boundaries stretching from northern Japan to middle Alaska. That’s about 10 times the width of a typical hurricane in the Gulf of Mexico.

The Alaska storm that covered a good portion of the globe induced a Dec. 31 low-pressure reading on the Aleutian island of Shemya of 924.8 millibars, a record low for Alaska. Winds on the island registered more than 80 miles per hour. A buoy in the ocean south of Amchitka Island — farther east than Shemya in the middle of the Aleutian chain — rode up and over a 58-foot wave.

If you weren’t white-knuckling through waves and troughs in the western Aleutians, you probably didn’t notice the New Year’s superstorm. Its massive energy dissipated in the vastness north of the Aleutians.

“It's a good example of a meteorological extreme event that has minimal impact on land,” said University of Alaska Fairbanks climate specialist Rick Thoman. “As forecast days in advance, the storm crossed into the Bering Sea north of Attu and then stalled out.”

An unrelated weather event happened on Jan. 2, 2021, when the Howard Pass weather station in the western Brooks Range recorded an air temperature of minus 33 degrees Fahrenheit. At the same time, the wind was blowing 47 miles per hour. That’s a windchill of minus 78 degrees.

That inhumane condition is not unusual for Howard Pass, a relative low spot (2,062 feet) in Alaska’s farthest-north mountain range. Curiously one of the richest archeological sites in northern Alaska, Howard Pass also features some of the state’s snappiest weather.

National Park Service researchers installed a weather station at Howard Pass in 2011. The station with the pebble-pocked metal legs survived a windchill of minus 96.9 degrees on Feb. 21, 2013. That day, the air temperature was minus 45 and the wind ripped over the mesa at 54 miles per hour.

The Howard Pass station has recorded windchills of minus 70 or colder each year since its installation, said Pam Sousanes of the National Park Service. The instrument got its 70 below out of the way early in 2021, because of an atmospheric-pressure difference between Alaska’s North Slope and the great Interior south of the Brooks Range.

Space physicist Don Hampton was mapping magnetic field lines from his desk at home early in 2021 when he spotted movement out the window.

“Anne (Ruggles, his wife) normally puts out some suet for the ravens every day,” Hampton said. “I thought ‘Huh, that’s a big raven.’”

Another look had Hampton scrambling for his camera. With it, the aurora expert at UAF’s Geophysical Institute recorded the visit of a golden eagle. Most golden eagles left Alaska months ago for wintering grounds farther south.

Hampton got in touch with Carol McIntyre, a biologist who has studied golden eagles in Denali National Park for decades. She said people have seen the large birds overwintering in the Brooks and Alaska ranges, and on the Seward Peninsula, but Hampton’s cleared yard in the boreal forest of Fairbanks is not where she would expect to see one.

“What this eagle was doing in Fairbanks this time of year is anybody's guess,” McIntyre said. “Have wings, will travel. Seems like he was scouting for a meal at Don and Anne's place, perhaps attracted to their yard by the local ravens.”

The golden eagles she and others have tracked have left Alaska in August or September, McIntyre said.

“We've tracked golden eagles from Denali and other places in Alaska to many different wintering locations, ranging from as far south as central Mexico, as far west as northern California and as far east as central Nebraska.” she said. 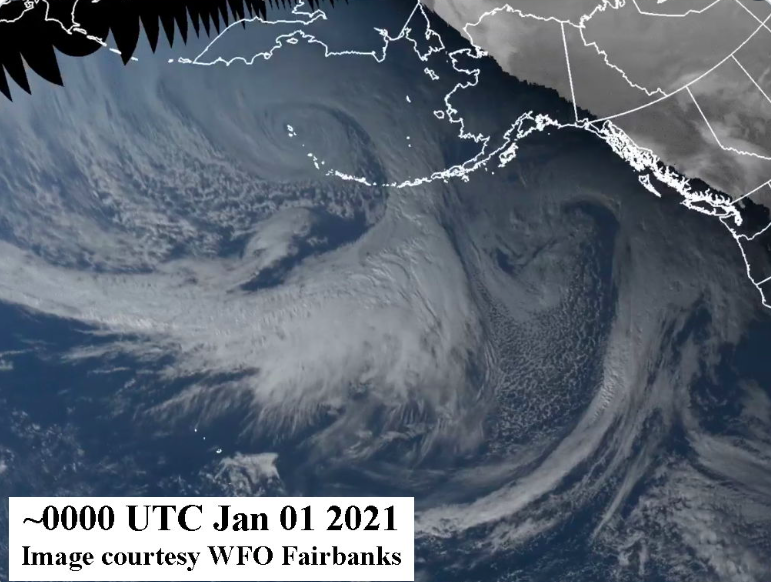 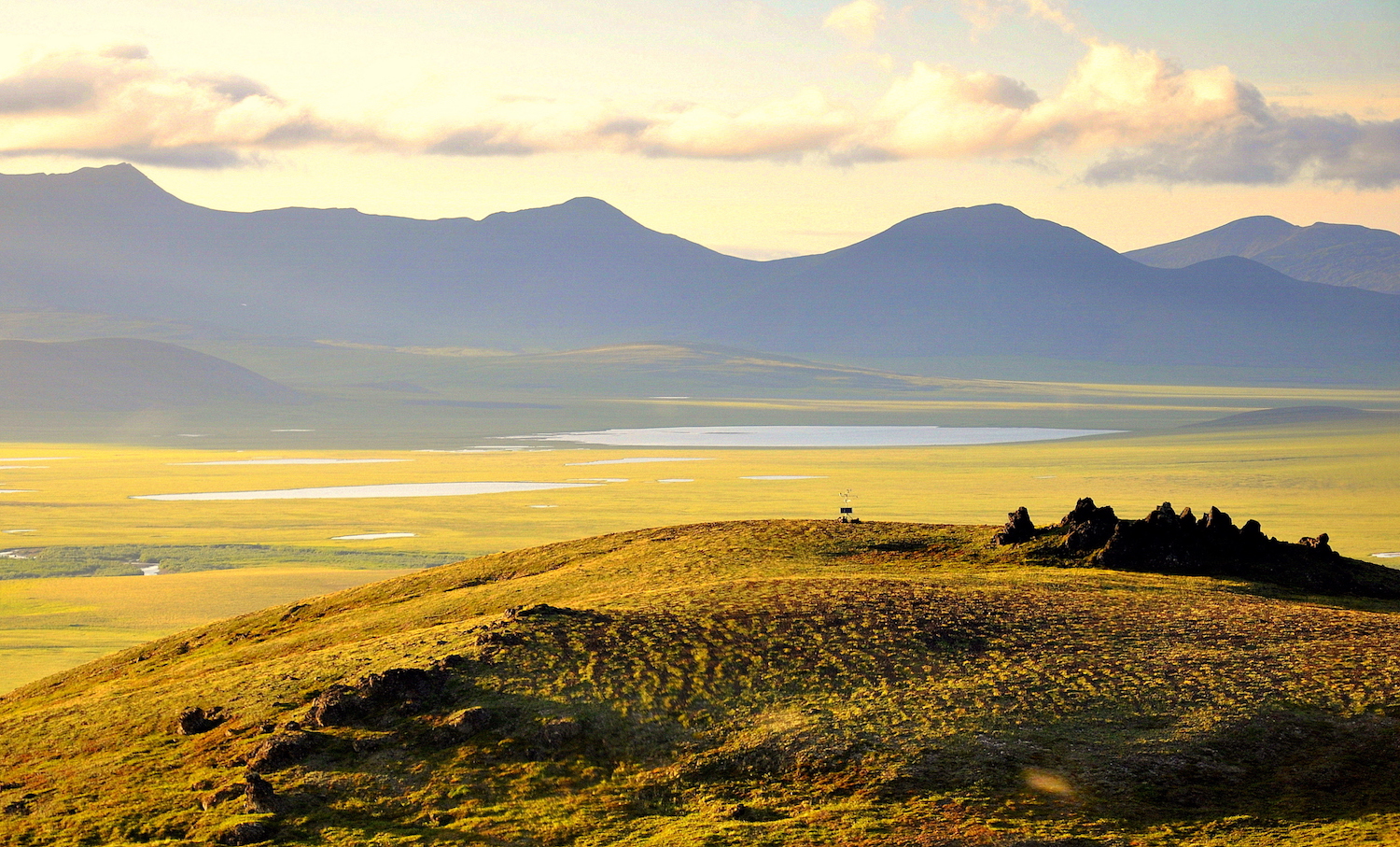 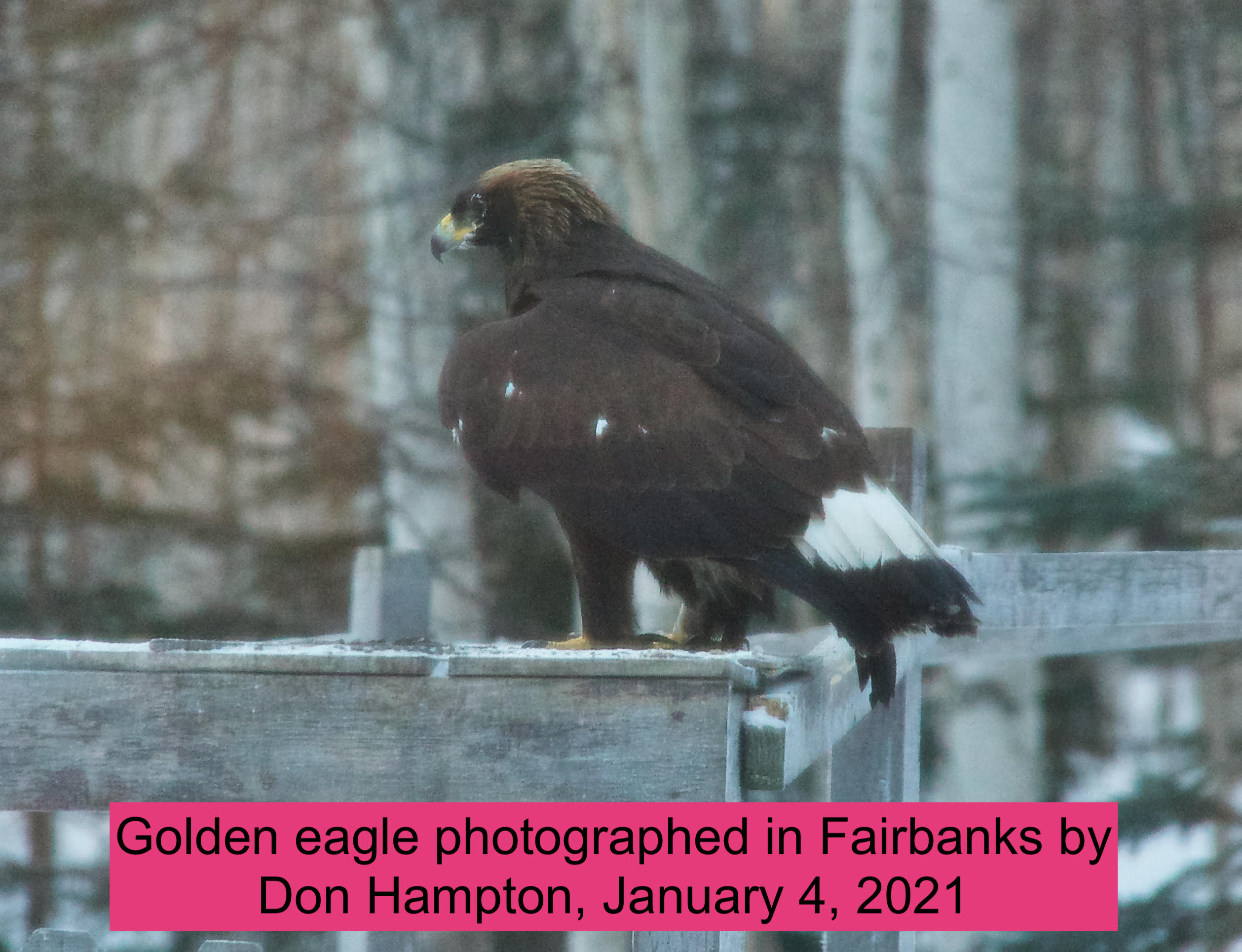 A golden eagle that showed up in the Fairbanks yard of Don Hampton and Anne Ruggles. Photo by Don Hampton.