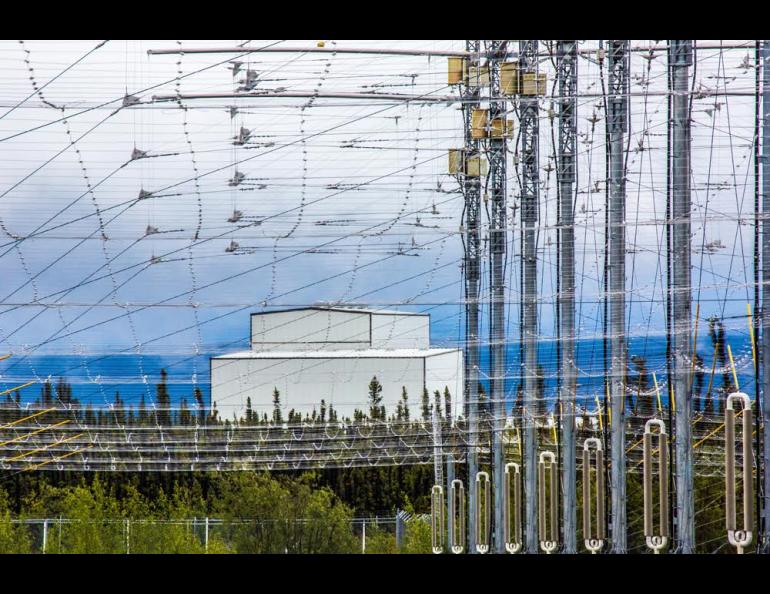 The antennas of the upper-atmosphere research station near Gakona now owned by the University of Alaska. UAF photo by Todd Paris.

Instead of falling to the dozer blade, the High Frequency Active Auroral Research Program has new life.

You may have heard of HAARP. Nick Begich wrote a book about it. Jesse Ventura tried to bully his way past the Gakona gate during a TV episode of Conspiracy Theory. Muse recorded a live album, HAARP, at Wembley Stadium from a stage filled with antennas meant to resemble those standing on a gravel pad off the Tok Cutoff Road.

The science-fiction assertions of caribou walking backwards, human mind control and HAARP's ability to change the weather have made researchers wince. It’s hard to describe a complicated instrument that sends invisible energy into a zone no one can see.

HAARP is a group of high-frequency radio transmitters powered by four diesel tugboat generators and one from a locomotive. The transmitters send a focused beam of radio-wave energy into the aurora zone. There, that energy can stimulate a speck of the electrical sun-Earth connection about 100 miles above our heads.

Why did university higher-ups swing the door back open for the conspiracy theorists? Why not let HAARP go quietly back to boreal forest?

"Even though it's esoteric and hard to understand, it's the best," said Bob McCoy, head of UAF's Geophysical Institute, which now has the keys to the complex, located off mile 11.3 of the Tok Cutoff Road.

The facility is the best tool to study a region above Earth we know little about, McCoy said. Of three such ionospheric heaters in the world — in Norway, Russia and soon-to-be in Puerto Rico — HAARP is the "most powerful and agile of the three," according to Craig Heinselman, director of the facility in Norway.

At an interview in his office on the UAF campus, McCoy said meetings with others in the space physics community convinced him HAARP was worth saving. During a 2013 workshop with potential users who study the shell of ionized plasma that coats the planet from 40 to 600 miles over our heads, researchers said they would use HAARP if the university took it over.

"(With HAARP), it is now possible to conduct controlled experiments, versus simply watching and waiting for the sun to perturb space and attempting to learn from studying its response," Herbert Carlson of Utah State University said at the workshop.

What's to be gained from perturbing space? The ionosphere carries satellite and radio signals that are disturbed during solar storms.

"With heat, we can create a disturbance and watch how quickly it dissipates," said Bill Bristow, a space physicist and the Geophysical Institute's point man on HAARP. "We can generate irregularities to test the effects on satellite to ground radio systems. We don't have to wait for Mother Nature to generate conditions."

Since it opened in 2003 with funding the late Ted Stevens helped secure, HAARP hosted many scientists doing applied research for the military. One such study was using the antenna array to heat a part of the ionosphere that in turn acted as a low frequency antenna that could send an ocean-penetrating signal to a submarine. That ping could tell a submarine captain to surface in order to receive conventional radio communications.

"The military had specific objectives, now we can do more basic science," Bristow said. "It will help us with general ionospheric/thermospheric modeling, like how do ions and neutrons couple in the upper atmosphere?"

HAARP is now open, but the transmitters have been cool since spring of 2014. With the transfer from the military to the university, Bristow and McCoy are now looking for customers — scientists funded to travel to central Alaska on two-week campaigns in which they fire the transmitters for 10 hours each day.

There are no customers yet. But McCoy and Bristow are confident they will be able to pay back a $2 million loan from the University of Alaska statewide office. That money is now keeping the lights on at HAARP and funding other costs of operation.

Bristow said the worst-case scenario is that few or no researchers step forward and they are forced to sell HAARP instruments to recover the loan cost. Best-case: scientists use it, a national entity sponsors the cost of operating HAARP (as NASA does for the institute's Poker Flat Research Range) and "we run it as a research facility indefinitely."

The clock is ticking to repay the loan, said McCoy.

"I've got three years to find customers," he said. "We're sticking our necks out here, but it is the best in the world and somebody spent $300 million to build it." 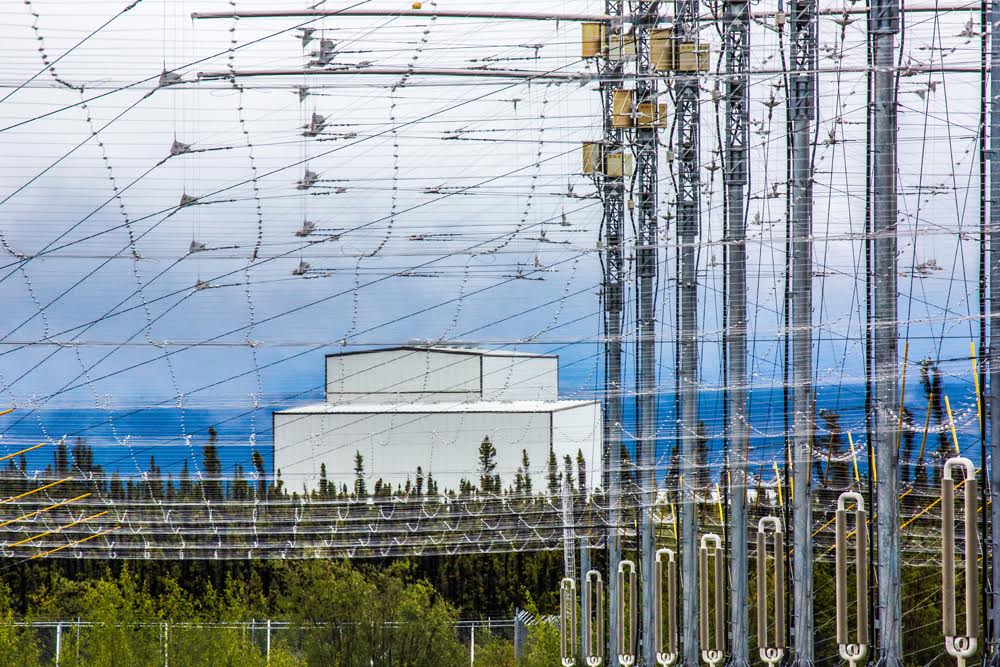 The antennas of the upper-atmosphere research station near Gakona now owned by the University of Alaska. UAF photo by Todd Paris.