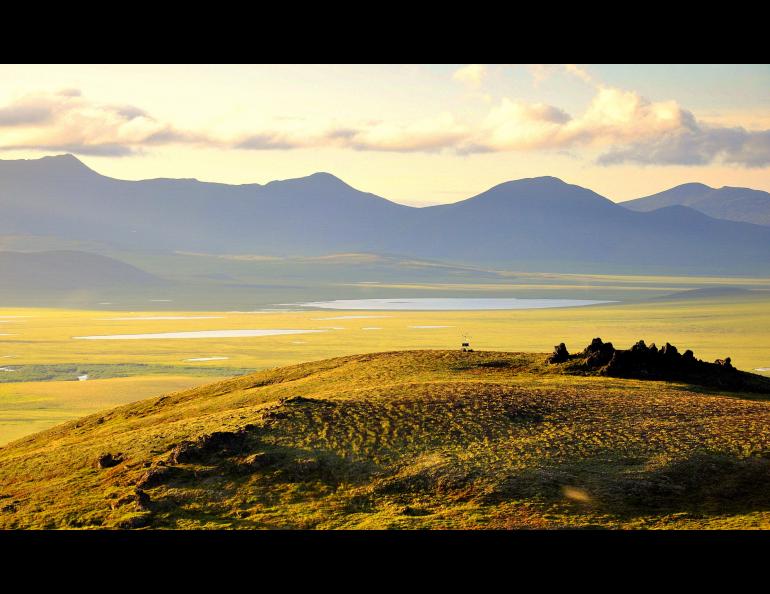 Howard Pass, a rock-stubbled tundra plateau in the western Brooks Range, is one of the lowest points in the mountains that arc across northern Alaska. It is a broad gateway between the great drainages of the Colville and Noatak rivers.

Scientists who have visited the lonely spot say Howard Pass is noteworthy for two reasons — it features some of Alaska’s most extreme weather and, curiously, the area has an abundance of archaeological sites.

Jeff Rasic is an archeologist for the National Park Service who has sifted through wet soil near Howard Pass. The pass, named for U.S. Navy explorer William Howard (who traversed it during an expedition on April 21, 1886) is more than 100 miles away from the closest villages today, Ambler and Kobuk, both to the south.

Howard Pass was not so quiet over the past 11,000 years. In the area, archaeologists have found hundreds of house remains, tent rings, food-storage pits, scattered stone chips from tool makers and cairns that resembled humans to help drive caribou into traps.

This food-rich area has another side to its character. Howard Pass’s Inupiaq name is Akutuq, a word for a treat made of whipped animal fat, sugar and berries. Natives gave the pass that name because the wind-tortured snow patterns there reminded them of akutuq.

National Park Service scientists in 2011 installed a rugged weather station at Howard Pass as one of 50 similar climate stations in hard-to-reach park lands across Alaska. The stations are battery and solar-powered, and send their data in blips to orbiting satellites.

That information has included — on Feb. 21, 2013 — a wind-chill temperature of minus 96.9 degrees Fahrenheit. The air temperature that day was minus 45.5 degrees F. The wind blew at a sustained 54 miles per hour.

“This was not an isolated event,” Pam Sousanes of the National Park Service said of the Howard Pass windchill. “Similar conditions have been recorded in 2014, 2015, 2016 and 2017.”

The average wind chill for Feb. 12-16, 2014 was minus 84.5 degrees F, when the highest wind gust through the pass was 103 miles per hour. Wind chills of minus 70 or colder have been recorded each year.

This low spot in the western Brooks Range becomes a wind tunnel when a great atmospheric-pressure difference exists between Alaska’s North Slope and the rest of the state. Cold air from the north rips southward though the pass.

“The wind chill can be so severe as to freeze to death caribou caught there by a winter storm,” wrote Ernest Burch in the book Alliance and Conflict: The World System of the Inupiaq Eskimos. “After every bad blow the Eskimos used to go into the pass to look for well-preserved caribou carcasses.”

Sousanes and her colleague Ken Hill have replaced the wind monitor on the Howard Pass station every year; the steel mast that holds it up is pocked by rocks and ice.

Minus 100 degrees does not seem to mesh with human occupation; nor does a place with no firewood.

However, not only is the pass loaded with archeological sites, a few of them are winter dwellings, Rasic said, with half the living area underground and featuring cold-trap tunnels at the entrances.

Why might people have chosen a spot with such inhumane conditions?

“It’s a reliable place to harvest caribou, and there are lakes with fish,” Rasic said. “If you are someone trying to escape clouds of mosquitoes, winds aren’t necessarily bad. And maybe a windswept place is good for winter travel — hard and crusty, good to get around on.” 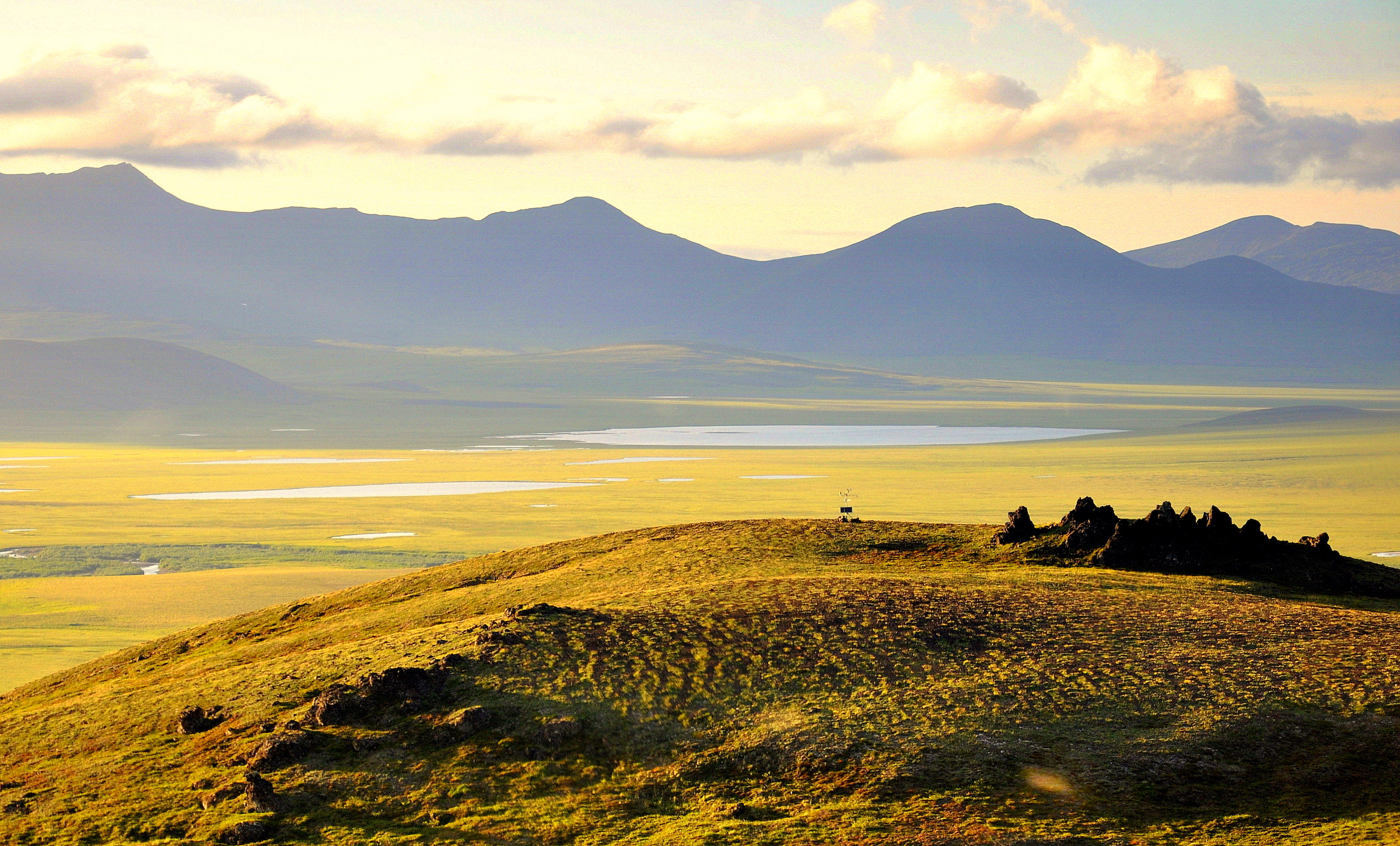