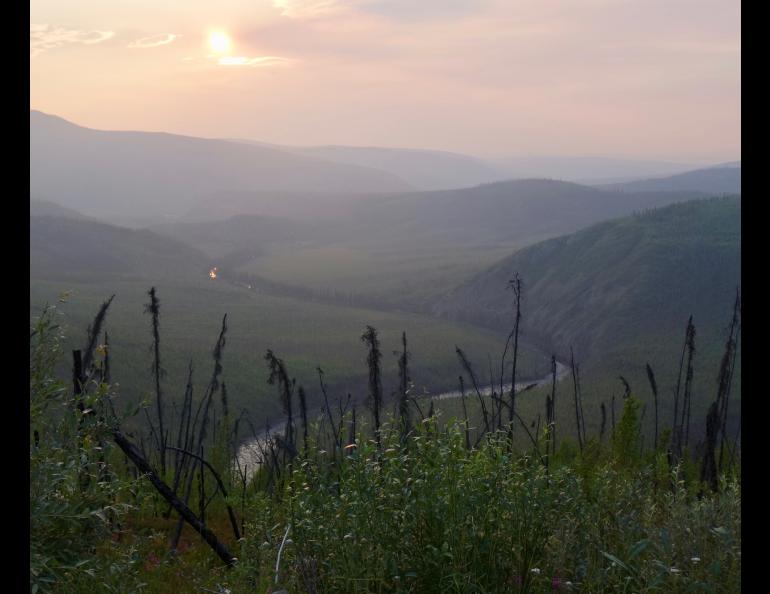 The amount of carbon dioxide reaching the atmosphere from Alaska wildfire smoke each year is, on average, equal to the exhaust of 13 million cars in one year, said Carly Phillips of the Union of Concerned Scientists. Photo by Ned Rozell.

Keeping the carbon in Alaska forests

Carly Phillips, an ecologist with the Union of Concerned Scientists, thinks there is a unique Alaska opportunity to keep carbon in the soil, and in tissues of living trees and other plants.

“Alaska stores nearly one half of U.S. land carbon,” Phillips said in December at the Fall Meeting of the American Geophysical Union. “In the past 20 years, the amount of burned area from Alaska wildfires has gone up.”

The average amount of carbon dioxide reaching the atmosphere in Alaska wildfire smoke each year from 2001 to 2015 was equal to what 13 million cars spew in one year, Phillips said. In 2019, more than 2 million acres of Alaska burned.

Much of the greenhouse gases emitted by Alaska wildfires are from wilderness areas hit by lightning strikes. Alaska fire managers let many of these fires burn, because they are not threatening life and property and they are expensive to fight.

Phillips and her colleagues have been running the numbers on the acreage and CO2 emissions of Alaska forests that might be spared with more aggressive firefighting. She figured if Alaska’s firefighting budget were quadrupled, there could be a 60 percent reduction in acreage burned each year.

“That’s similar to nearly 7 million cars removed from the road,” she said.

Phillips, who lives in Massachusetts and also has an affiliation with Woods Hole Research Center, has met with Alaska wildfire professionals several times over the past few years.

Tom Paragi, a biologist with the Alaska Department of Fish and Game who attended one of the meetings, said fire managers told Phillips that wildfires are a natural disturbance that creates new habitat for wildlife. He also pointed out that occasional fires break up stands of flammable black spruce, which can spread into massive fires during hot and dry summers.

Another point the Alaskans brought up was the extreme cost of fighting remote fires with helicopters and tanker aircraft, as well as the fact that, though Alaska has an impressive swath of boreal forest, it is small compared to Russia and Canada.

Randi Jandt of the Alaska Fire Science Consortium said Alaska wildfire seasons are so spontaneous that Phillips’s plan would be hard to execute. Alaska firefighting crews focus on wildfires that burn near villages and towns. When a big wildfire year happens, plans to douse remote fires would get set aside, she said.

Phillips thinks her group’s thought experiment regarding Alaska wildfires is worth a try.

“On average, fire management costs less per ton of CO2 than other emission-reduction strategies, like wind power, nuclear power, and even some negative-emission technologies,” she said. “While there are certainly costs, both in dollars and carbon emissions, to this strategy, the cost of inaction is far greater in the long term.”

Time is running short to reduce carbon emissions, Phillips said, and controlling Alaska’s wildfires is perhaps one of the lower hanging fruits on the CO2-reduction tree.

“We need to be in a net-zero emission world,” she said. 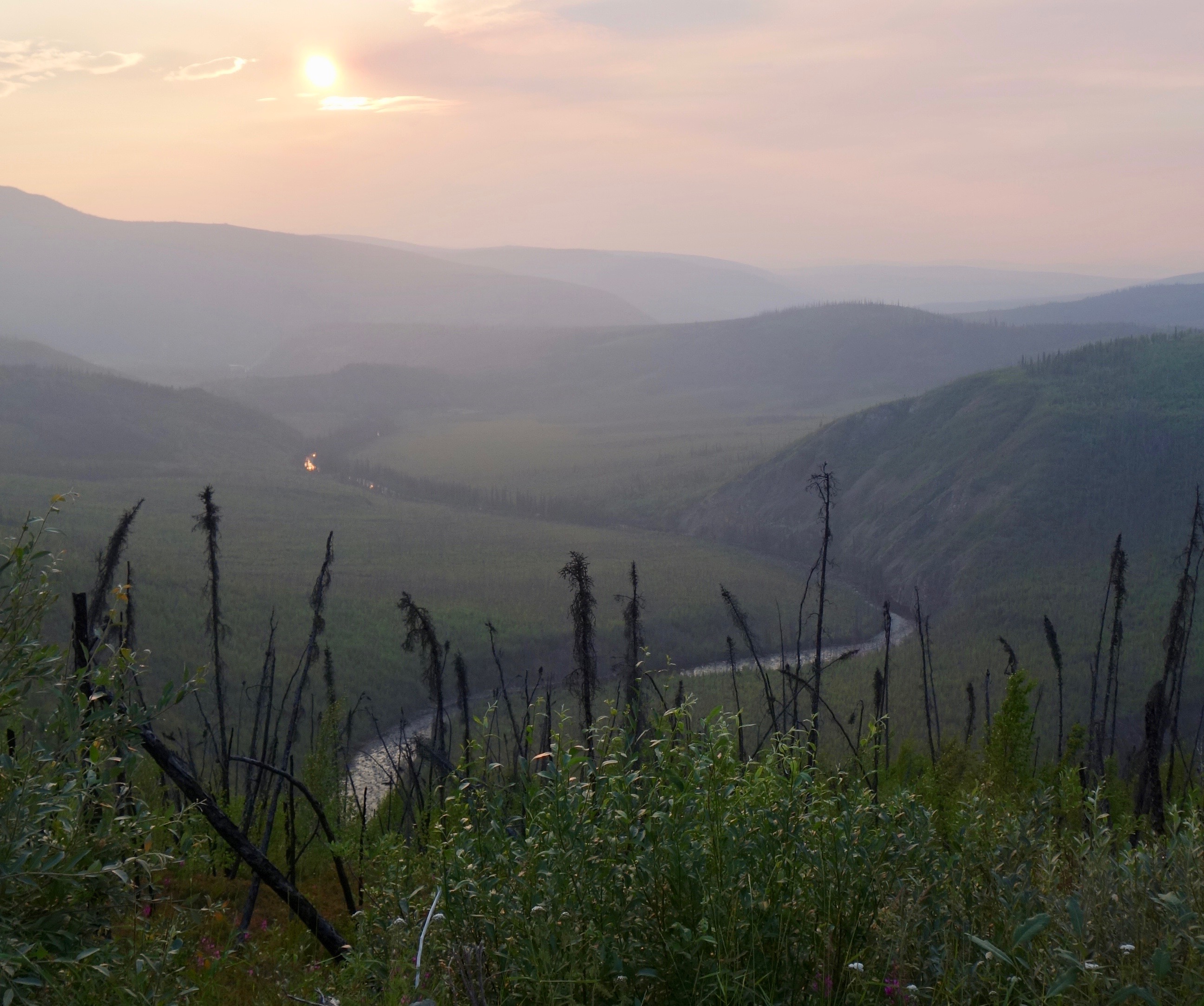 The amount of carbon dioxide reaching the atmosphere from Alaska wildfire smoke each year is, on average, equal to the exhaust of 13 million cars in one year, said Carly Phillips of the Union of Concerned Scientists. Photo by Ned Rozell.