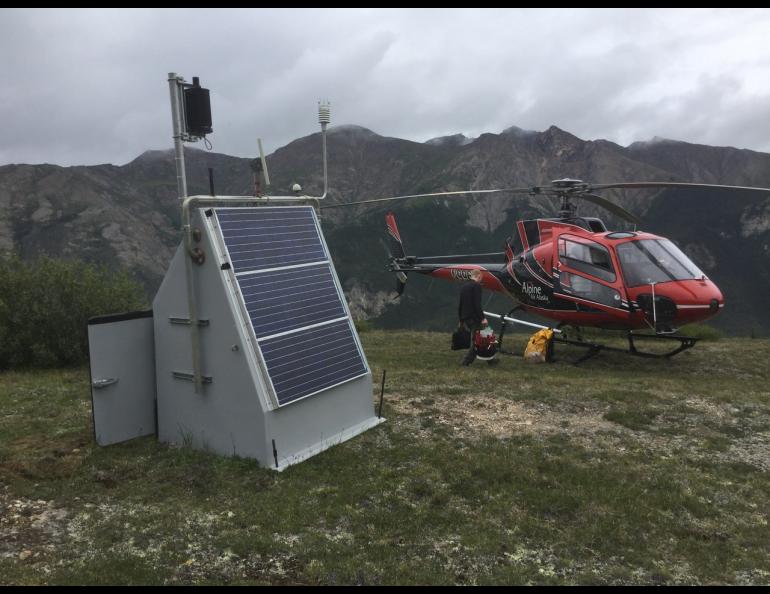 A seismic station near the John River in the Brooks Range north of Bettles during a trip in which technicians serviced it on July 19, 2018. Photo by Max Enders.

Listening to the heartbeat of Alaska

Across Alaska and a sliver of western Canada, 280 seismic stations silently do their jobs. Hidden in dark holes drilled into rock in boreal forest, northern tundra and mountaintops, the instruments wait patiently for the next tremor.

The EarthScope Transportable Array of seismic monitors is now embedded across Alaska and Canada, adding 196 new stations to existing networks. The stations have spent the past year recording even the smallest earthquakes, sounding out an unprecedented level of detail about Alaska’s rumblings and transmitting that information in real-time.

EarthScope, its national office housed at the University of Alaska Fairbanks Geophysical Institute, is a National Science Foundation program focused on mapping the dynamic geological structure of North America. The Transportable Array is hundreds of seismic stations deployed in a grid; it has leapfrogged its way every two years across swaths of the continent for more than a decade. Now, it’s Alaska’s turn.

Technicians and engineers with EarthScope partner Incorporated Research Institutions for Seismology finished installing new stations and upgrading existing stations in fall 2017. The grid spacing is about 50 miles between stations, from Southeast Alaska to the North Slope.

Each station consists of a small borehole drilled into rock that houses a seismometer, which records vibrations in the ground. The boreholes are about nine feet deep; the surrounding rock shields the sensitive seismometer from surface noise.

The stations have proved durable in the harsh northern environment. Max Enders, station deployment coordinator at IRIS’s Alaska office, says bears are sometimes curious about this strange new thing in their environment.

“A little chewing by a bear can really damage a delicate seismic cable, even if it just bites the cable once or twice,” he said.

In addition to seismometers, some stations may host weather monitors, soil-temperature gauges and infrasound microphones sensitive to sounds generated by storms and volcanoes.

Before the arrival of the Transportable Array, the existing permanent seismic stations were huddled around Southcentral and Interior Alaska, the most active earthquake zones near Alaska’s largest population centers.

Alaska Earthquake Center scientists started using the real-time data from the new stations as soon as the first ones went live in 2014. This is the first year with the full array. It’s catching some intriguing results.

For the second year in a row, Alaska will break its record number of earthquakes detected. According to seismologist Natalia Ruppert, in 2017 they recorded 42,000 earthquakes. Alaska surpassed that with 46,500 earthquakes by early December 2018.

There are only two parts of the state where seismometers haven’t recorded earthquakes: around the Kuskokwim River delta and the northwestern North Slope.

“There are instruments in place there now, so we know that the absence of earthquakes is because they aren’t happening, not just due to lack of local monitoring,” said Ruppert.

The nearly 200 stations EarthScope installed are scheduled for removal starting in 2020, though there are discussions underway to keep some stations in place long term.

“For now, we are just collecting as much data as possible while the TA is in place,” said Ruppert. “It will take years for researchers and students to comb through the data to look for other interesting trends and discoveries.” 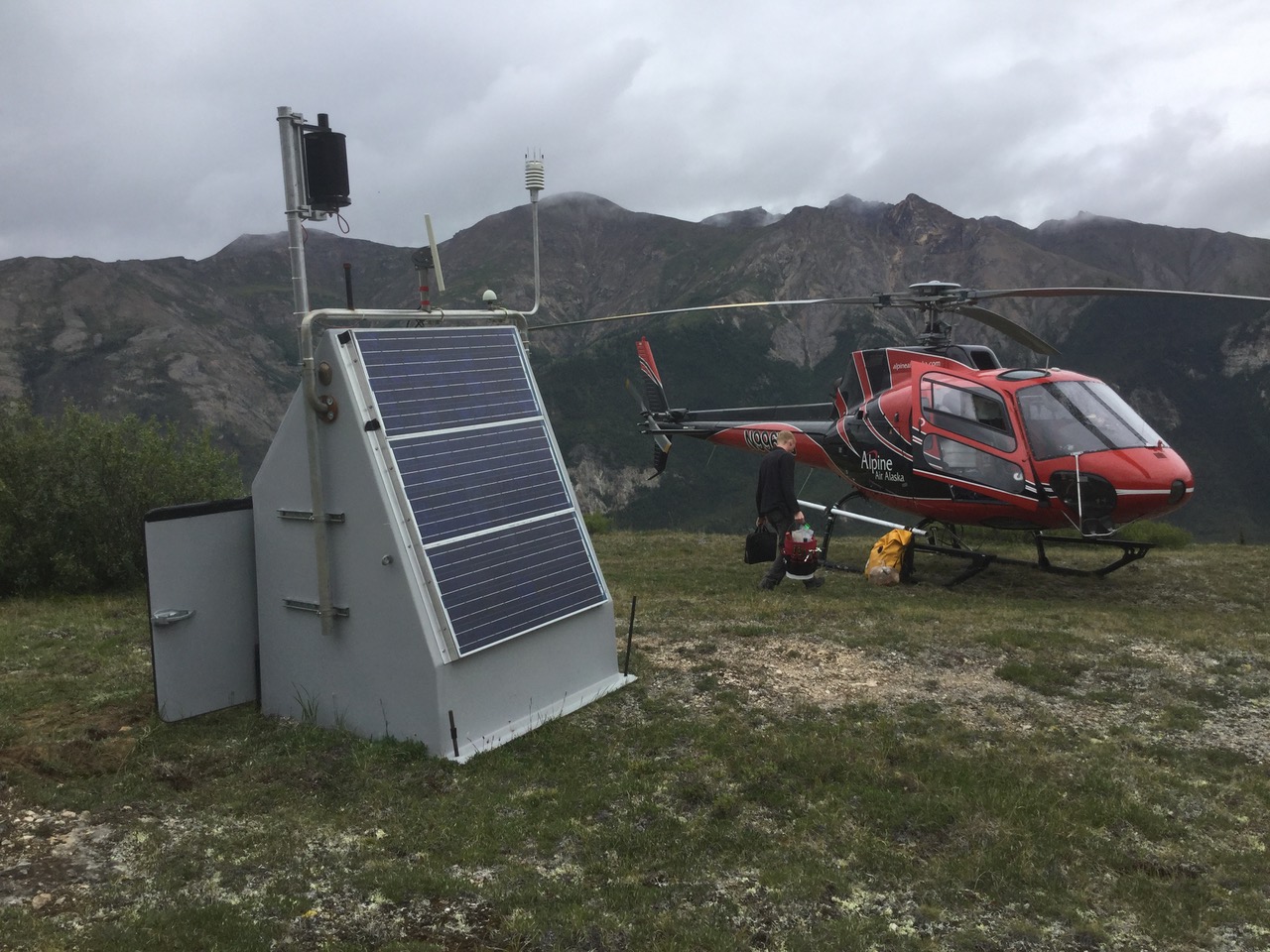 A seismic station near the John River in the Brooks Range north of Bettles during a trip in which technicians serviced it on July 19, 2018. Photo by Max Enders.