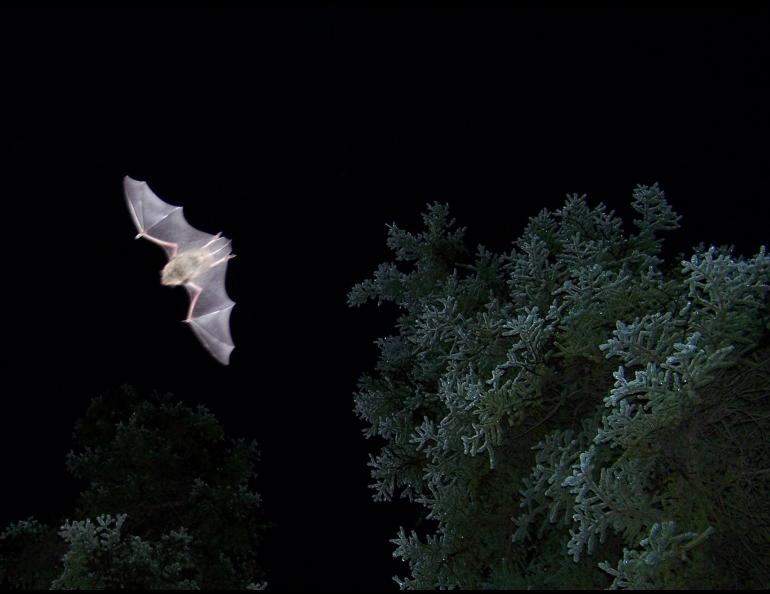 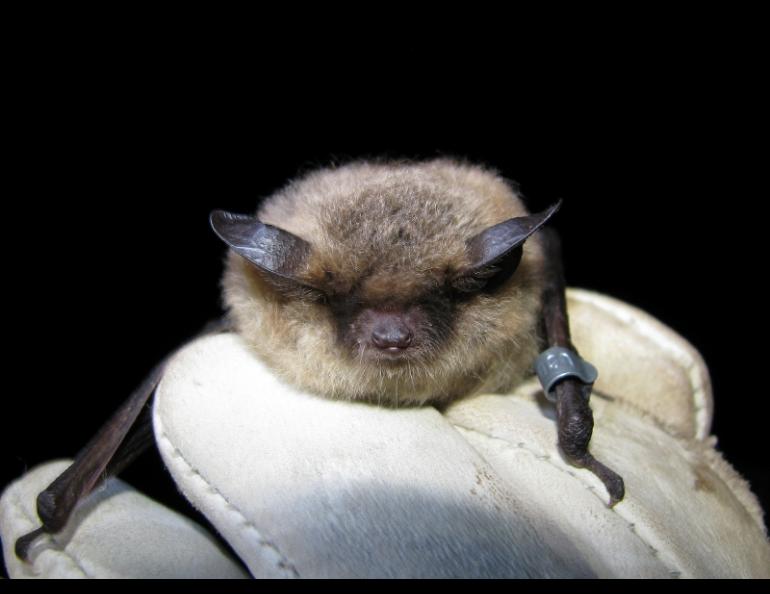 “There really could be bats in your belfry this Halloween, or it turns out, they may be snuggled up in your wood pile.”

At the risk of plagiarizing myself, that is the lead sentence of my first science column, which appeared on this day 25 years ago. One-quarter century later, we still don’t know a lot about the only bat seen in northern Alaska, the little brown bat.

Seven species of bat live in Alaska, but north of the Alaska Range people only see one — the little brown bat (Myotis lucifugus). Smaller than chickadees, little brown bats are on the very northern edge of their range in Alaska.

In fall, little brown bats may migrate from dry interior areas of Alaska and Canada to the coast. They may hibernate in middle Alaska, though the only ones found hunkering down here have wedged in crevices of human-built structures.

While living in Fairbanks for 33 years, I have never seen a bat in the city or surrounding forests or rivers. I didn’t see one while walking slowly from Valdez to Prudhoe Bay two summers ago. I have only seen three skittering through the air in Alaska: Once in Anchorage, in Yakutat and once near Tok.

Researchers who surveyed Alaskans in a bat-monitoring project from 2004 to 2012 recorded reliable bat sightings from many Alaska cities and towns.

In the study, authored by David Tessler and Marian Snively of the Alaska Department of Fish and Game, people logged in with surprise bat sightings from Kotzebue (the only report from north of the Arctic Circle), White Mountain, Saint Michael and the Semidi Islands off the Alaska Peninsula.

Each of those eyewitness accounts was new to science, extending the range of the little brown bat. The encounter with the best timing was in Saint Michael, when on Halloween a worker for the Alaska Department of Transportation warmed up a warehouse and noticed a bat flying around inside.

Northern Alaska is an illogical place for bats because temperatures are below freezing much of the year and, as Yukon biologist Tom Jung says, bats love heat. Bats prefer to hunt at night, and there is not much of it in summertime.

Little brown bats live all over North America, and as far south as Mexico. Like many creatures at their latitudinal limits, they do things a little differently to survive Alaska’s extremes.

Scientists who studied bats that roosted in buildings off the Tok Cutoff Road found that the fur and wings of many of the bats they captured in mist nets were often coated with webs.

“Interestingly, bats in this population rely heavily on spiders and consume fewer of the ubiquitous mosquitoes than would be expected under non-selective prey consumption,” wrote Justin Boyles of Southern Illinois University, who coauthored a 2016 study with Alaska biologist Jesika Reimer and Slana residents Robert and Teresa Rutherford.

Almost 50 percent of the Slana bats’ diet consisted of orb-weaver spiders, the larger bodies of which gave bats more food mass compared to flies, wasps, moths, midges and the ultra-available mosquitoes. Bats at lower latitudes that eat a variety of insects have much lower proportions of spider in their diets. The researchers also found the Slana bats seemed to feed for just about two hours of the darkest part of bright summer nights.

What are the far-north bats doing now? Some of them may be cramped into cracks beneath the peaks of metal-roofed structures, somehow preparing to survive the winter. When studying bats in the Copper River valley, Reimer and her coworkers found many of them had ragged, damaged ears, suggesting they had suffered frostbite the winter before.

My woodpile reference from 1994 came from a woman who was carrying in firewood at her Nenana home in May when a bat fell from a log, then seemed to warm up and fly away. A woman in Fairbanks once said her cat presented her with a bat in September.

Yukon biologist Tom Jung once said he is skeptical that a large number of bats can survive overwintering the seven months of cold winter in Interior Alaska and Canada. He has placed wing tags on many Yukon bats, and hopes someone across the border in Southeast Alaska finds one of them hibernating in a cave there, to solve a longstanding mystery. 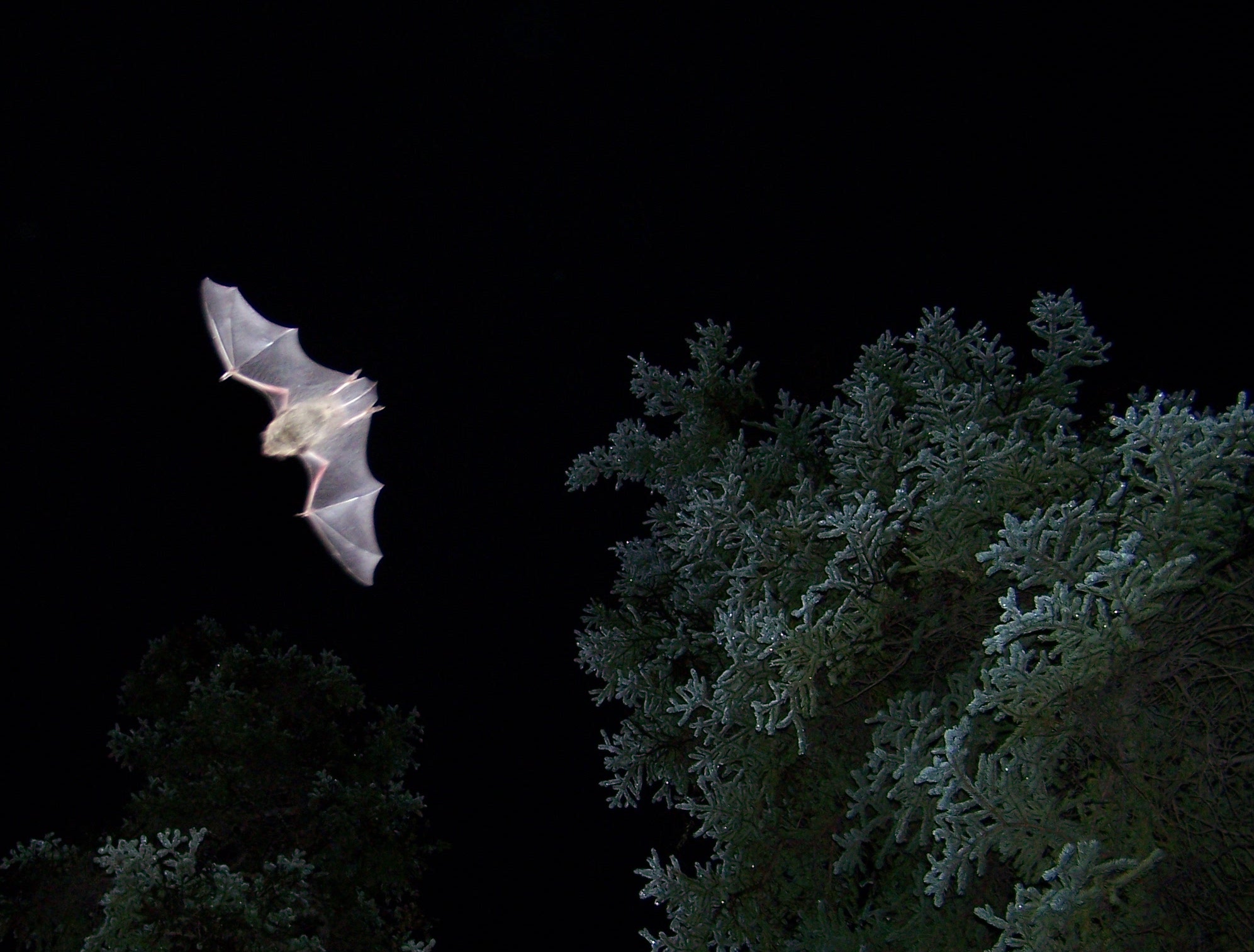 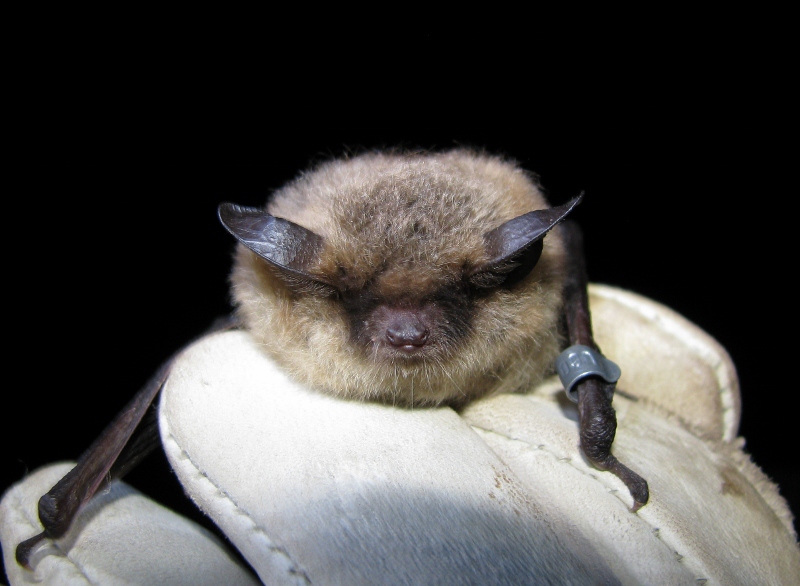