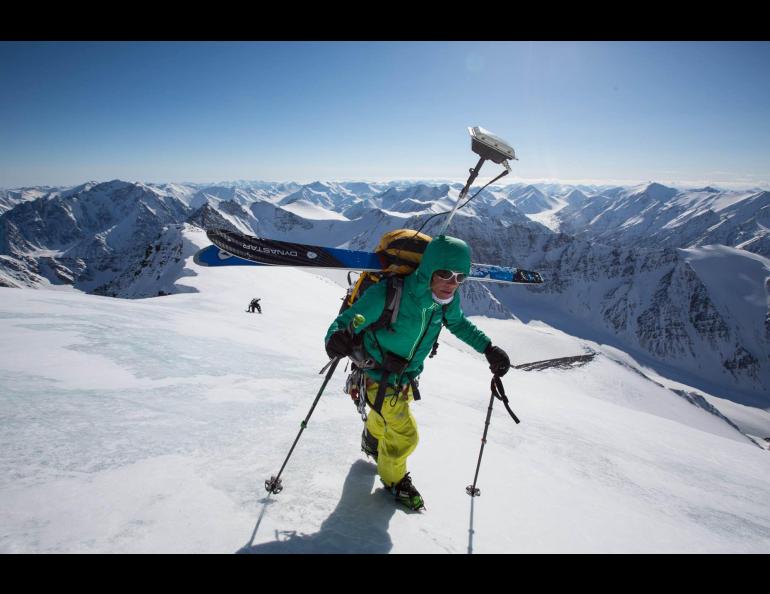 Measuring the highest peaks in the Brooks Range

U.S. Geological Survey topographic maps give you a choice on the height of Mount Isto. Depending on what map scale you choose, the mountain in the Brooks Range is either higher or lower than 9,000 feet.

That scientist, UAF's Matt Nolan, spoke Dec. 16 at the 2015 Fall Meeting of the American Geophysical Union in San Francisco. The Fairbanks resident is one of about 25,000 researchers gathering at the Moscone Center from Dec. 14-18.

Nolan has spent many hours in the Brooks Range staring at white pyramid peaks from his camps on McCall Glacier, which he has studied since 2003. About five years ago, adventurer Kit Deslauriers was waiting at the Coyote Air compound in Coldfoot for a trip in to ski the highest peak in America's arctic. She bumped into Nolan there and informed him of a discrepancy in the USGS maps: Depending on what scale map she used, either Mt. Chamberlin or Isto was the highest peak.

Their meeting led to the precise measurement of the peaks. Deslauriers, the only person who has climbed the tallest peaks on seven continents and skied down them, got a sponsorship from the National Geographic Expeditions Council for the Brooks Range project.

She climbed the high mountains there and parked a GPS receiver at the summits before shouldering it in her backpack and skiing down. Nolan fitted his aircraft with a system he calls fodar and confirmed the GPS readings to within a few centimeters.

Nolan had been frustrated with the expense of Lidar, a land-imaging system flown on small aircraft. As a pilot and researcher, he thought there had to be another way. By combining a camera and precision GPS system while flying, he refined a system until it worked.

With his new measurements, undertaken to test the accuracy of his system in steep country, Nolan found no Brooks Range peaks taller than 9,000 feet. Mt. Chamberlin, the former highest mountain in northern Alaska according to USGS inch-to-the-mile maps, is now third highest (8,899 feet) behind Mt. Isto (76 feet higher) and Mt. Hubley (8,916 feet).

Because the summit ridges are sometimes made of corniced snowpack, the elevation of Brooks Range peaks fluctuates, Nolan said. On the fifth-highest mountain, he found the location of the peak (determined by the highest pixel within each digital elevation model he created) moved more than 40 feet laterally along a flat ridge between April and July 2015. Mount Chamberlin shrunk about three feet between April 2014 and April 2015.

Despite these changes, Nolan thinks Mt. Isto (named for Pete Isto, a civil engineer who headed the USGS Brooks Range field mapping efforts in 1956) will remain the highest mountain in North America's arctic.

Nolan, with his company Fairbanks Fodar, is hoping to be hired on by scientists who want a less-expensive alternative to Lidar surveys, as he did. He also uses fodar for his own glacier research.

"I've used a lot of other remote sensing techniques," he says. "This is a lower-cost method and under my control, so I can map whatever when I want."

Nolan flew the Brooks Range missions in 10 round-trip flights from Fairbanks, about 325 miles south. Nolan has also flown Alaska's west coast from Wales to Bethel to map the changing coastline. He has also compared his method to hand-punched snow probes in an arctic river basin.

The results have been great, he says, so good that in a recent paper he described his system as a "disruptive innovation." 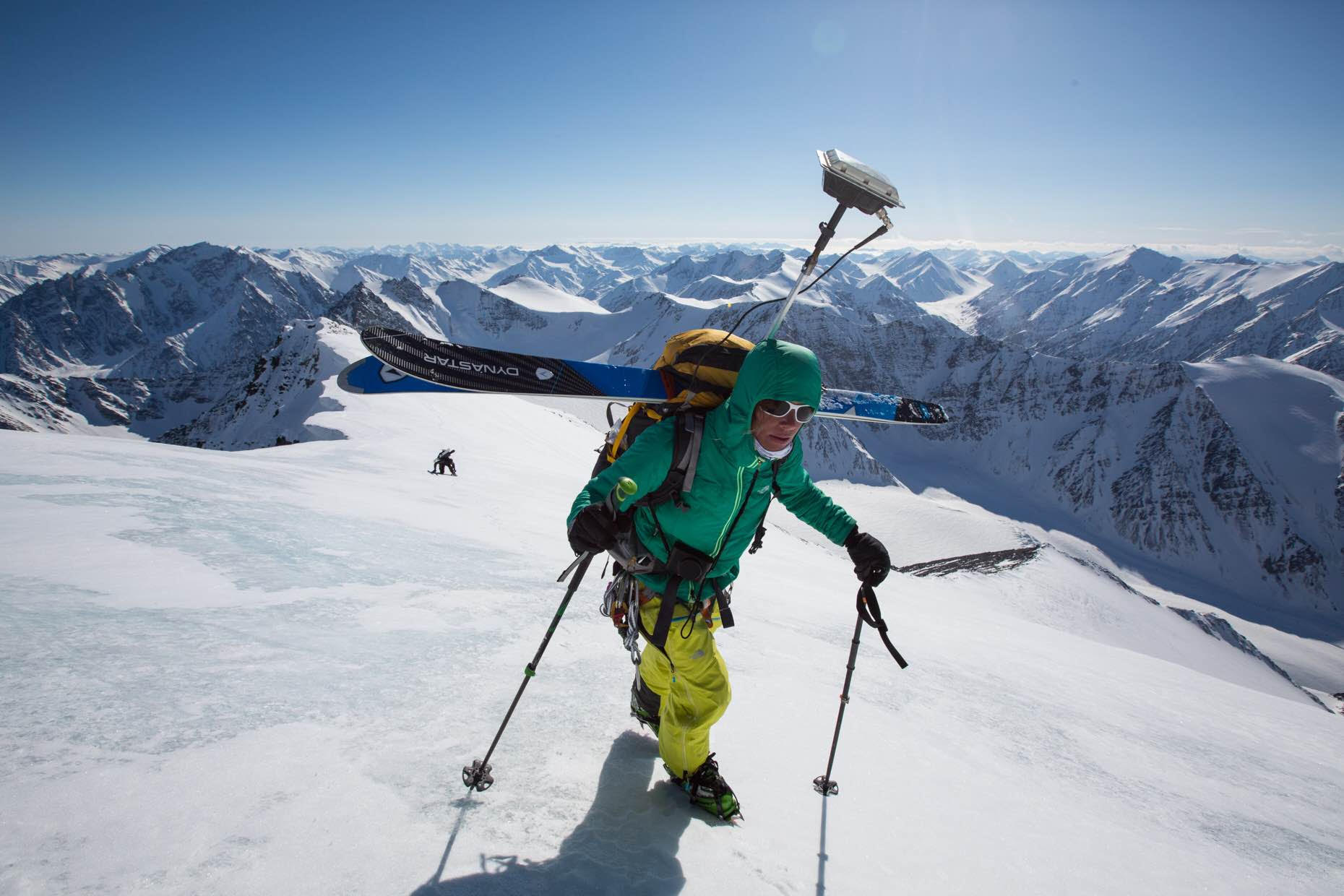