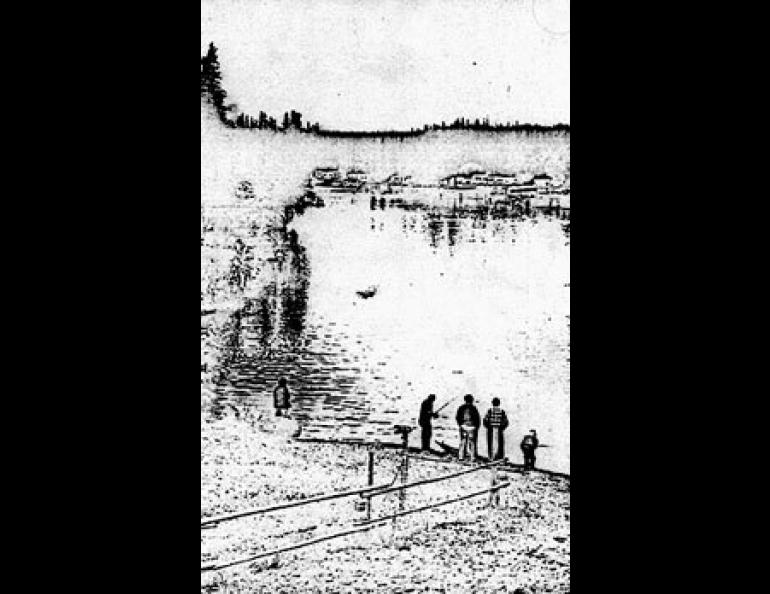 During the summer salmon runs, fishermen by the hundreds line the banks near the junction of the Moose and Kenai Rivers. Now called Sterling, this used to be Naptowne. Naptowne nowadays is the name of a small suburb just west of Sterling.

Where did this curious name Naptowne come from? Did someone stop for a short rest once, or did someone named Sam Nap settle here years ago?

Another, more elaborate, possibility is that Naptowne was named after its early inhabitants: Eskimos who occupied the coastal area of southern Alaska as far east as Controller Bay, east of Cordova. Sometime not long before historic times, Alaskan Eskimos expanded inland to occupy fishing sites held by Athabascan Indians and which, again, many years later, were held by Indians.

It seems probable that the Eskimos occupied the Moose-Kenai river junction before the area was reoccupied by the Tanaina Indians during the last two hundred years. Evidently the early Russian contact so decimated the Eskimos that they lost land to the less-affected Indians.

The final bit of conjecture is that Naptowne is derived from the Eskimo word "nap" or "nape" which means "many trees" or "forest." Thus in the Kuskokwim region Napamute meant people of the forest. Variations of the name "Nape" have been attached to various locations of the Kuskokwim, and there is one, Napaimute, located on the south shore of Iliamna Lake, across Cook Inlet not far west of Naptowne.

So perhaps the Eskimos who lived at Sterling were known as peoples of the forest or "napas" and that is how Naptowne got its name.

Geologists have applied the name Naptowne to the last of the five Pleistocene glaciations that affected the Matanuska and Cook Inlet areas. The Naptowne glaciation ended about 5500 years ago; its moraines extend out westward from the Kenai Mountains as far as the present- day location of Naptowne. 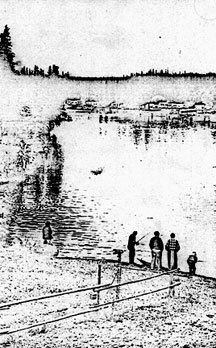