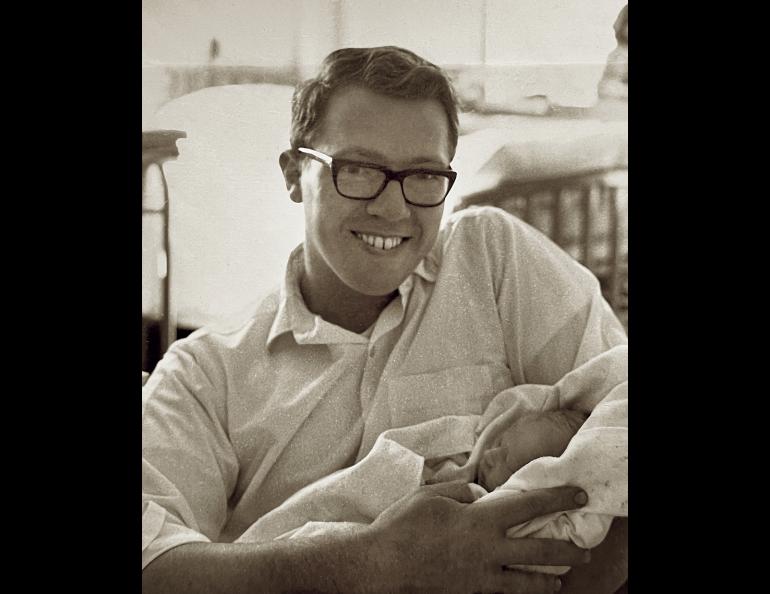 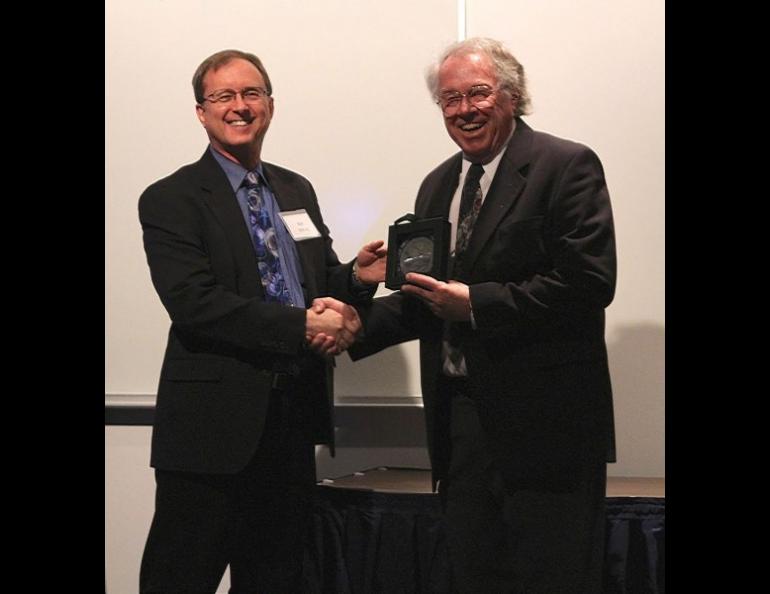 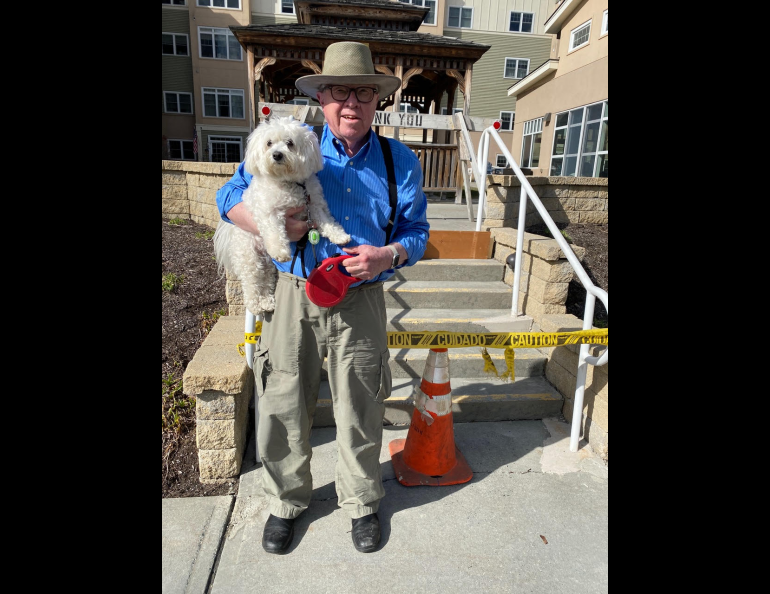 Neal Brown in 2021, on an outing in New Hampshire with his dog Molly. Photo courtesy Becky Lees.

Neal Brown has died. The former leader of Poker Flat Research Range and the smiling, suspender-wearing man remembered by many Alaska kids was 82 years old.

Born in Idaho, Brown grew up on a farm in Pullman, Washington. He made his way to Alaska in 1963. Here, in 1971, he became the first director of the brand-new Poker Flat Research Range north of Fairbanks, helping space physicists like himself launch more than 200 rockets.

After 21 years at UAF’s Geophysical Institute without a break, he then took a professional sabbatical at the University of Colorado in Boulder. There, he discovered a passion — sharing science with non-scientists, especially kids.

“I realized I really enjoy teaching,” Brown said in a 2018 interview with Fairbanks journalist Robert Hannon.

In his very active retirement, Brown invented the Alaska Space Camp — which brought hundreds of kids to Alaska for a week of adventure — and helped many other young people build and launch model rockets as part of programs at the Geophysical Institute.

Brown never lost his child-like wonder about the world. His laugh was from the belly, infectious, and frequent.

Unlike most of his peers, Brown never earned a Ph.D. But his hands-on approach with kids in camps and adults in Elderhostel-like programs had more punch than any stack of papers he might have written.

“My basic skill is an incredible curiosity and an enthusiasm,” he told Hannon in 2018.

Following are some words from Brown’s friends, family and co-workers who were close to him during his 55-year adventure in Alaska. He and his wife Fran Tannian moved to New Hampshire in 2019.

Becky Lees, who worked with Brown at the Alaska Space Grant program:

“If you considered yourself an arts-and-literature type person, then spent an hour building and launching model rockets with Neal, you might question whether you’re actually a science person instead.

“Neal’s gentle demeanor, soft-spoken voice, and bear hugs made you feel special, loved, and cherished. His presence was so large, I don’t know how to explain it, except maybe God made Neal’s heart just a little bit bigger than the rest of us.”

Dan Osborne, who worked for Brown at Poker Flat and the Geophysical Institute:

Erin Parcher Wartes, who worked with Brown at the Geophysical Institute, Poker Flat, and the Alaska Space Academy:

“He was just as comfortable working with elementary-school students as he was with scientists from NASA. Nothing made me happier than telling him a story that brought out one of his glorious bursts of laughter.”

“His model-rocket launches were the highlight of most of our events, but not only because kids got to launch and triangulate their rockets. No, it was Neal, tirelessly helping children assemble their model rockets, sharing stories from Poker Flat, and then enthusiastically yelling, ‘three, two, one, BLAST OFF!’”

Mary Farrell, who learned she was pregnant soon after she had taken a job with Poker Flat, where Brown was her boss:

“I worried for weeks about how to tell Neal this news (I was due smack in the middle of the next rocket launch season) and how he'd react. I very nervously told him the situation. He threw up his hands and exclaimed ‘Congratulations! That's wonderful news!’”

“He was known as a great scientist, an effective speaker and had an infectious enthusiasm for the use of sounding rockets for space science — it was a gift.”

“Beyond being an incredibly loving man who I adored and who I know adored me, he was a great guy to just talk about a book, an article or just about anything.”

Carla Helfferich, who worked with him many years at the Geophysical Institute:

“His sheer likeability shone through, sometimes literally. There are many photos of GI teams in the field, muffled in big parkas, with a flash of white showing from the shadows of one hood: that was the gleam of Neal’s teeth in a huge smile.”

“He never lost his enthusiasm for doing/learning something new or doing something totally ridiculous. I’ll miss the kindness he showed to people and the love you could hear in his voice and his writing when he talked about his wife, his dog, his kids, and his friends.

“The world will be a dimmer, dumber, and less-fun place without him.” 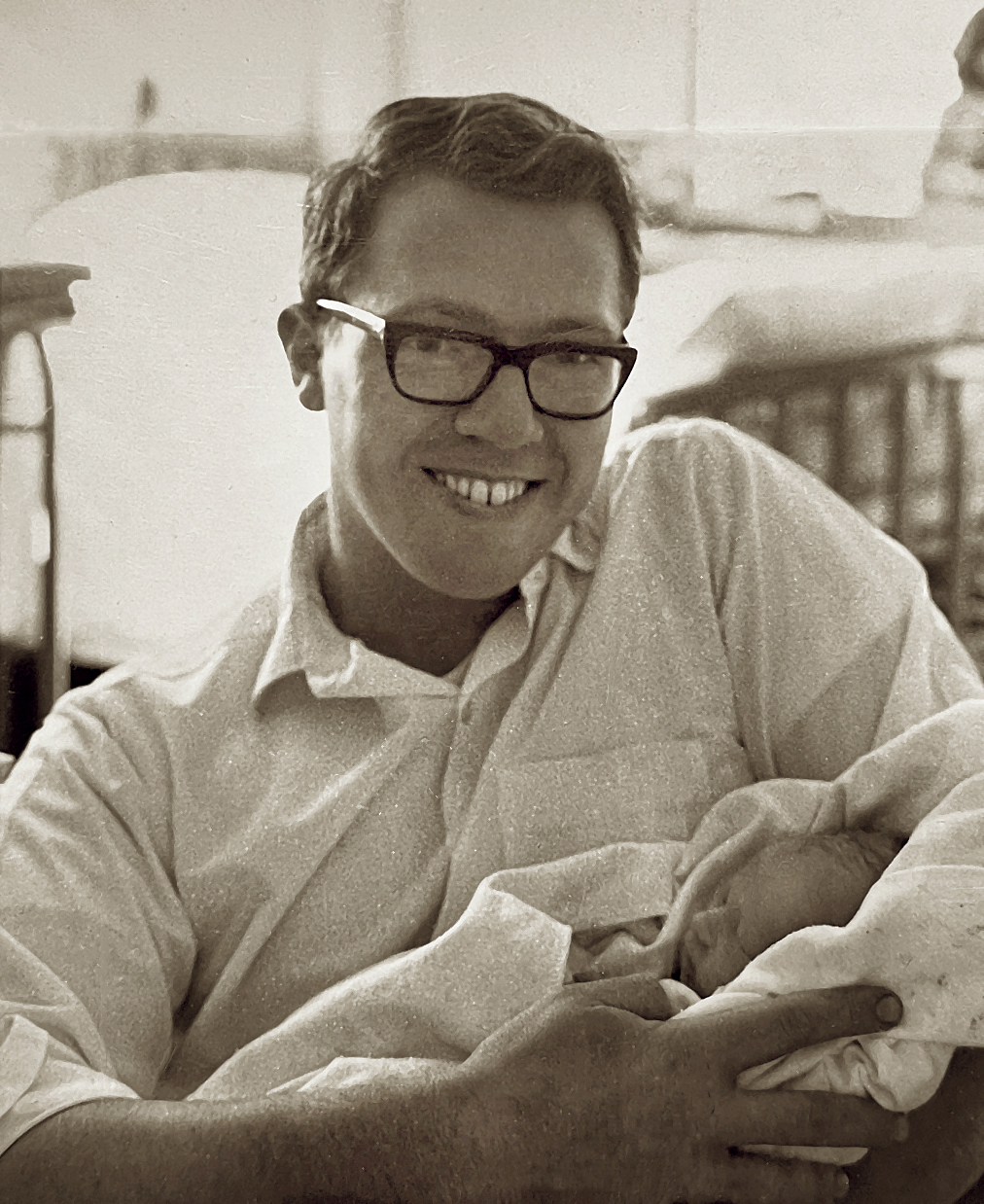 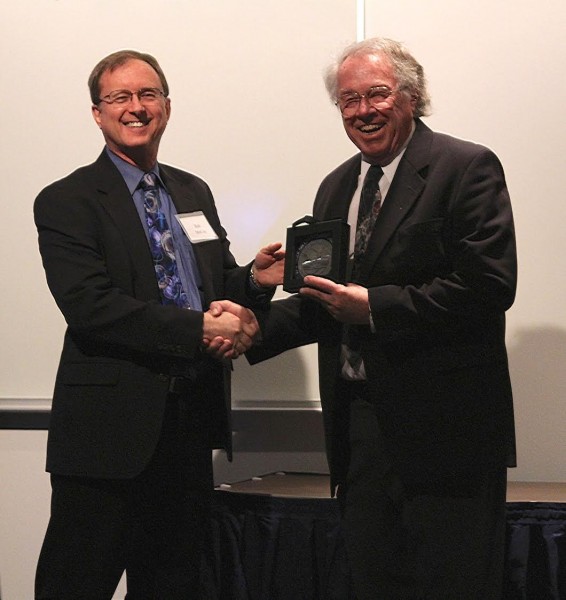 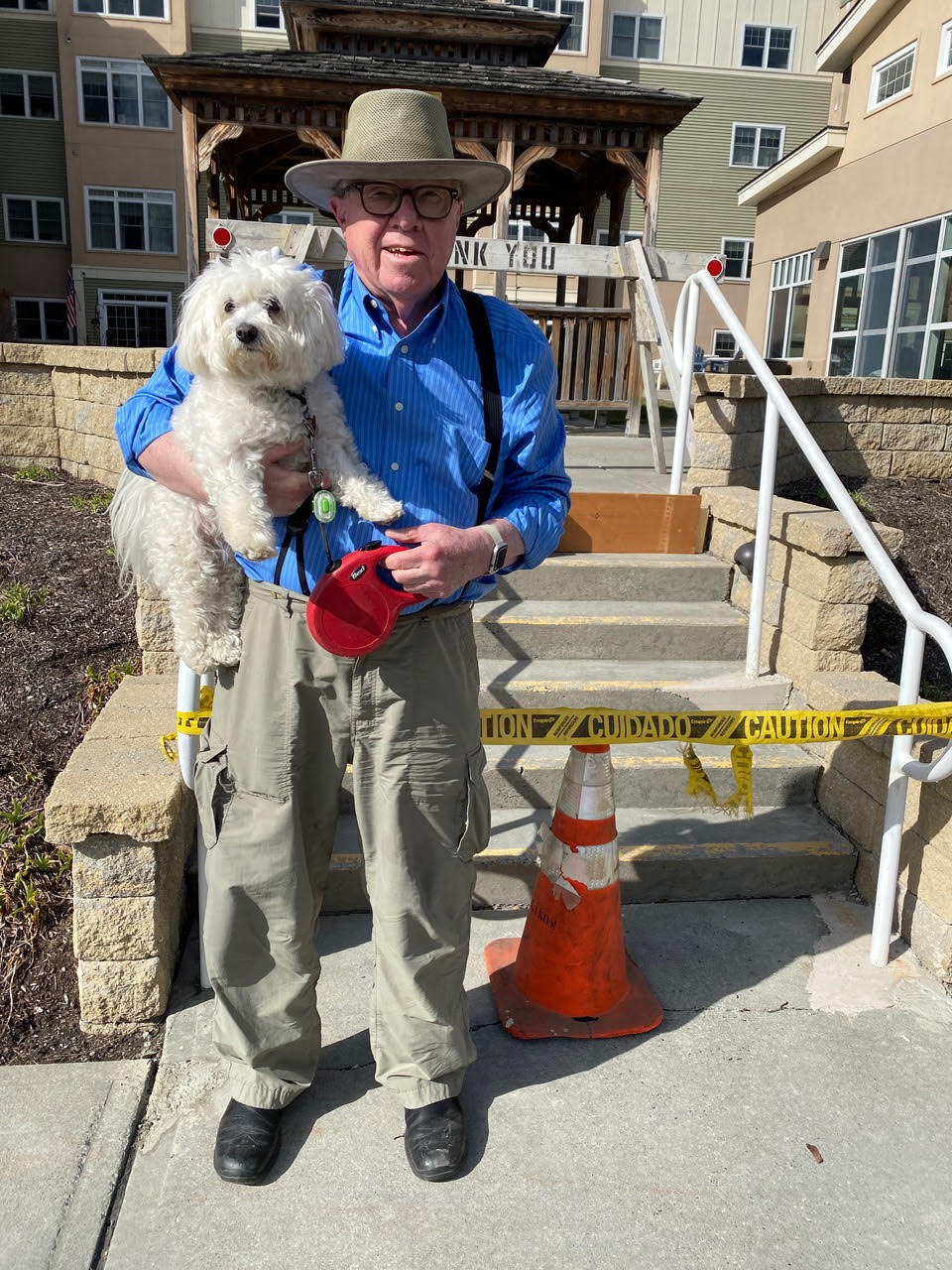 Neal Brown in 2021, on an outing in New Hampshire with his dog Molly. Photo courtesy Becky Lees.