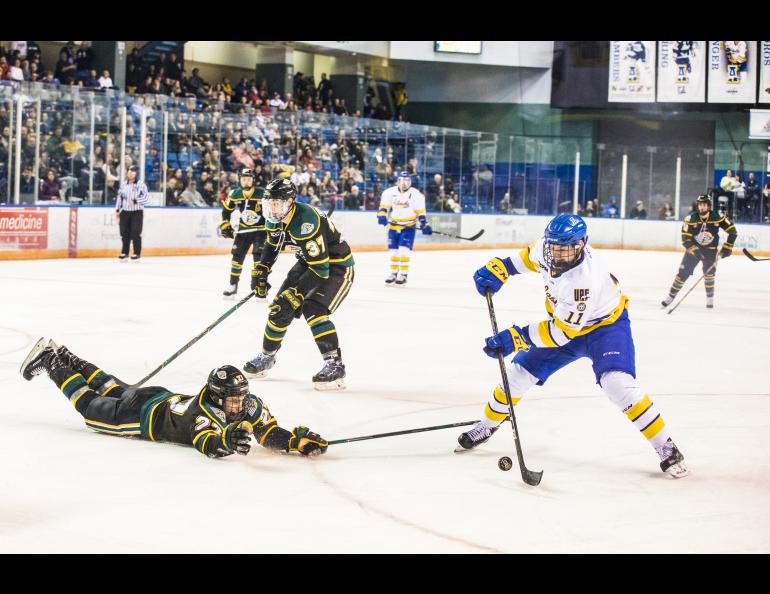 The physics of slapshots and mid-ice collisions

When two National Hockey League hockey players collide, their pads and body tissues can absorb enough energy to power a 100-watt light bulb for a minute and a half. During the 60 minutes of a hockey game, players can burn 6,000 calories and lose up to 15 pounds.

These are the calculations of Alain Hache, a physicist at the University of Moncton in New Brunswick, Canada. An amateur goalie, Hache has combined two of his passions in his book The Physics of Hockey.

Hache begins his look at one of the north’s favorite sports by examining the physical properties of ice, one of Alaska’s most abundant natural resources. Friction at contact points between surfaces is what slows most sports down, but the low friction coefficient of ice makes hockey players faster on their feet than the athletes of any other team sport.

Many NHL players can skate faster than 25 miles per hour, and Hall of Famer Bobby Hull was once clocked at 29.3 miles per hour. Scientists once tracked Hull during a game and calculated that he had skated more than eight miles during his 29 minutes on the ice.

While everyone agrees that ice is slippery, scientists have long debated the reasons why. Hache wrote about a study in the year 2000 by researchers at the University of California at Berkeley that revealed one of ice’s slicker secrets. The California scientists used an atomic microscope to find a thin, wet layer of quasi-fluid water on the surface of an ice crystal. That layer provides a lubricant, even when ice is very cold. Without it, the friction of ice would be comparable to concrete, Hache wrote.

This microscopic wet layer and other physical properties of ice make a sharpened skate on ice one of the fastest non-motorized ways of propelling the human body. Though downhill skis move fast, the friction between a waxed downhill ski and snow is 10 times greater than that between a steel skate blade and ice.

Using the magical surface of ice to combat friction, hockey players are able to generate incredible amounts of energy. Hache calculated that 180-pound NHL veteran Paul Kariya had more kinetic energy while skating at full speed than does a charging National Football League lineman of 300 pounds. He also calculated that a hockey player’s pads and flesh will compress as much as four inches during a collision with another player.

A goaltender on a series of teams since his youth, Hache devotes a chapter of his book to facts about that position. A goalie’s huge leg pads and other equipment cover 60 percent of a shooter’s target, the 4-by-6 foot goal made of red pipe and netting. Those leg pads, which cover 20 percent of the net space all by themselves, are made of leather and light synthetic padding because a hard plastic shell would allow the puck to bounce too far.

Hockey players have blasted slapshots faster than 100 miles per hour using a three-stage process, Hache wrote. First, a player rotates his or her torso and stick in an accelerated motion toward the puck. Next, the stick blade touches the ice and the puck as the stick bends for a fraction of a second, storing energy like a loaded spring. The puck accelerates off and the stick returns to its original shape as the player completes the swing. The puck rockets toward the goal as the player converts angular momentum (stick and torso swing) to linear momentum (the puck traveling a straight course for the goal).

Players mastering this technique include Shea Weber of the Montreal Canadiens, whose slapshot was clocked at 106.5 miles per hour at the 2020 NHL All Star Game. 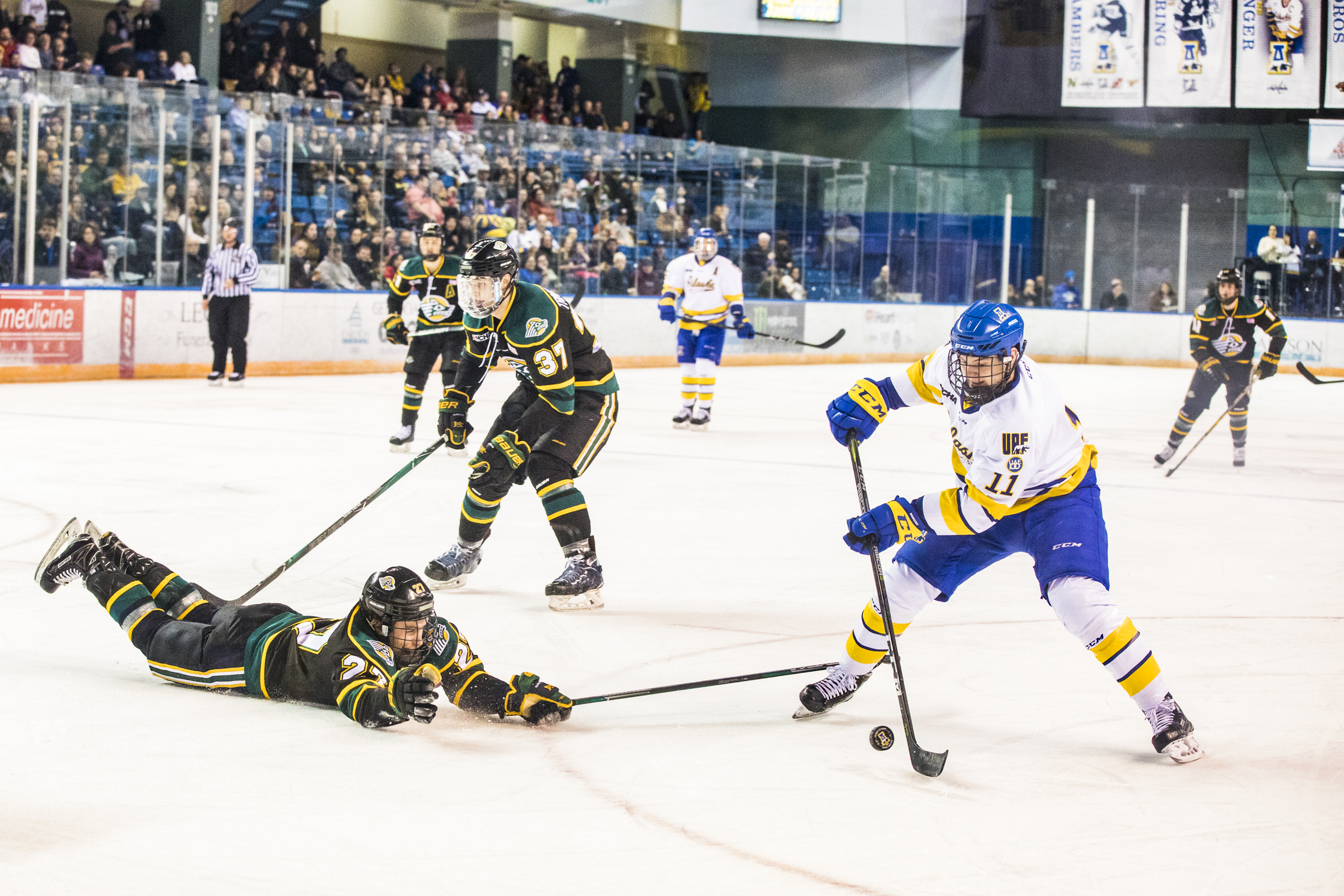