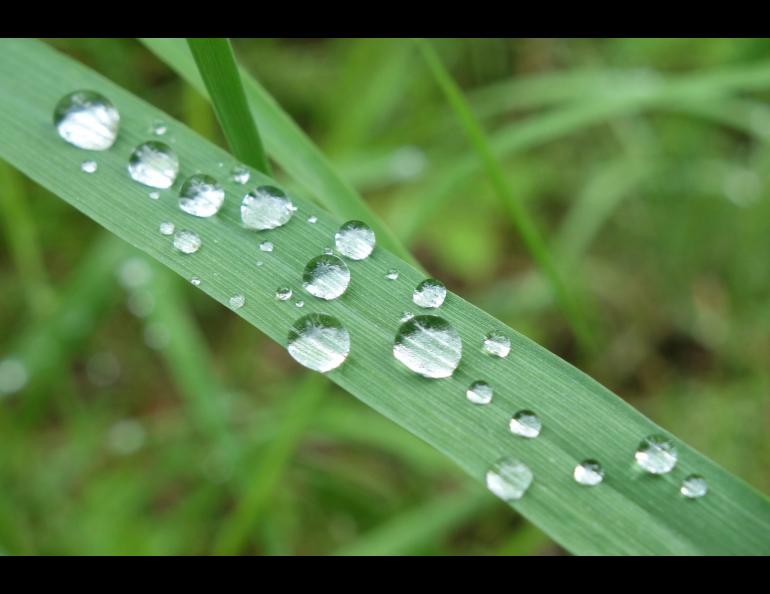 Water droplets on a blade of grass and following a rainy period in Interior Alaska. Photo by Ned Rozell.

Rain falls, as it always has

It has been a rainy week in middle Alaska. Blah.

But perhaps I judge liquid precipitation a bit harshly. Rain is, after all, the free distribution of a substance more valuable than gold. And, even in the Southeast’s Little Port Walter — where residents endure 80 days each year with precipitation amounts greater than one inch, most of it in the form of rain — we still don’t have it too bad.

Consider Mount Waialeale in Hawaii, where it rains more than an inch every single day. Or Cherrapunji, India, which experienced more than 1,000 inches of rain from August 1860 to August 1861.

As for daily deluges, it’s hard to beat Reunion Island, located in the Indian Ocean east of Madagascar. During the 24 hours from March 15 to 16, 1952, the black sands of the island absorbed 74 inches of rain. And it was impossible to keep the picnic lunches dry in Unionville, Maryland, during the minute on July 4, 1956, when 1.23 inches of rain burst from the sky.

Alaska doesn’t come close to those extremes, but Utqiagvik stands out for the opposite. In 1934, weather observers there recorded 1.4 inches of precipitation for the entire year.

That’s nothing compared to the 14 consecutive years without a raindrop in Arica, Chile, or the 767 days from 1912 to 1914 between rainfalls in Bagdad, California. But Utqiagvik’s dry year is similar to a typical year in Death Valley, which explains why umbrella sales are sluggish in both Utqiagvik and Furnace Creek.

A bit of research reveals that it is poor form for Alaskans to shake a fist at the sky during the few months the air is warm enough for rain to exist here. The wet phenomenon is more miracle than nuisance. As Jerry Dennis explains in his book, “It’s Raining Frogs and Fishes,” rain is about the closest thing we have to constancy on Earth:

Droplets splattering on tarps protecting our stuff have fallen before, perhaps cooling the slaves who shoved giant stone blocks into pyramids in Egypt, or soaking the soldiers who were knee-deep in muck and mosquitoes as they built the Alaska Highway.

As in every Alaska summer, this recycled, liquid air freshener has captured billions of soot and dust particles, pulling them from the sky and slamming them quietly to the ground. Rain is also the only substance known to quench our wildfires, and it humidifies the air to the point where our noses become receptive to the delightful musk of the earth.

Further, this falling liquid water is, as far as we know, unique to our home planet. This rarity highlights a most fortuitous fact: Earth orbits the sun at about 93 million miles, a favorable distance for a species that for its comfort depends on both air conditioning and down jackets. We live far enough away from the sun to keep our flood-swollen rivers from boiling away, yet close enough to keep all this precious moisture from being locked up, unusable, in a hard shell of ice. 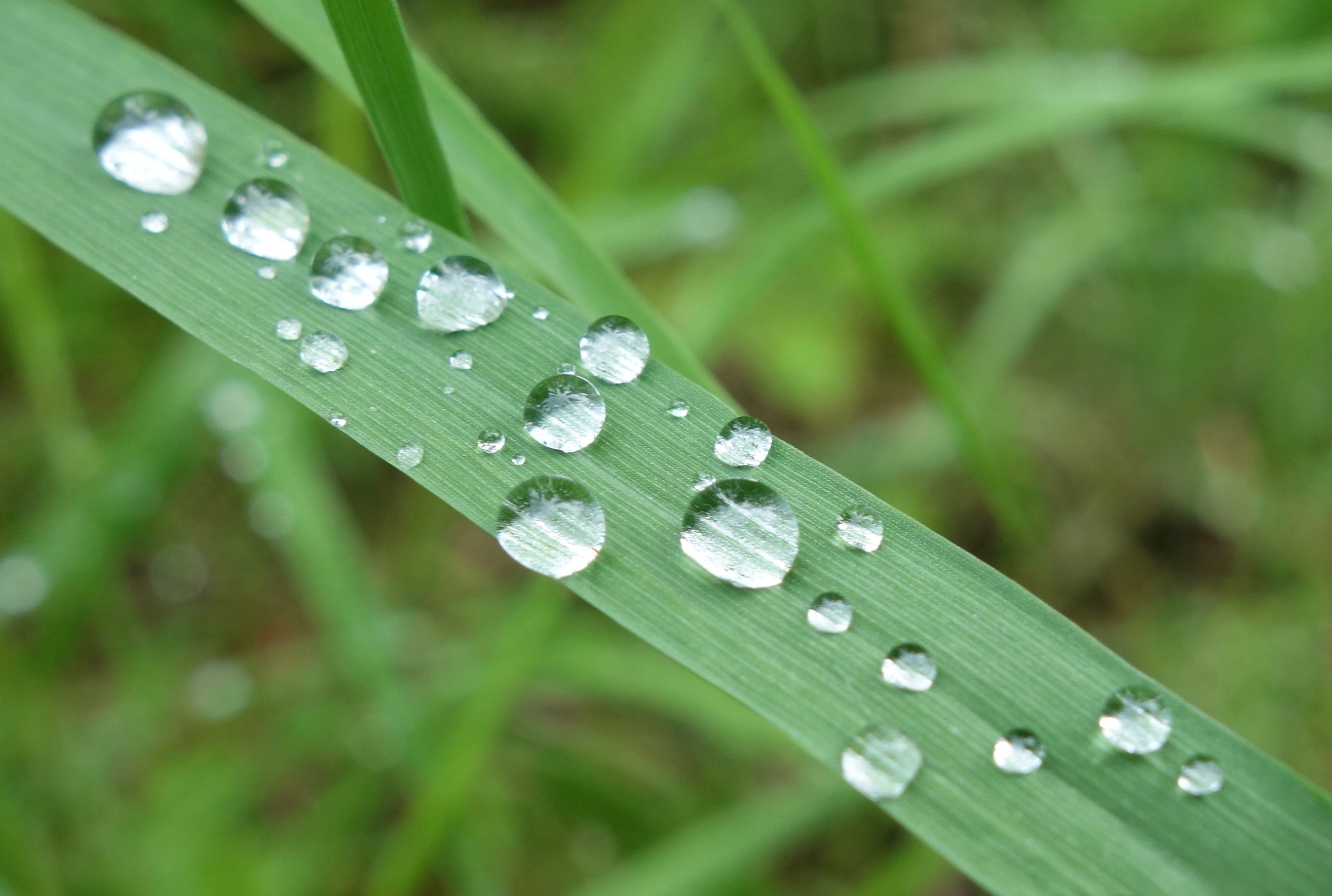 Water droplets on a blade of grass and following a rainy period in Interior Alaska. Photo by Ned Rozell.