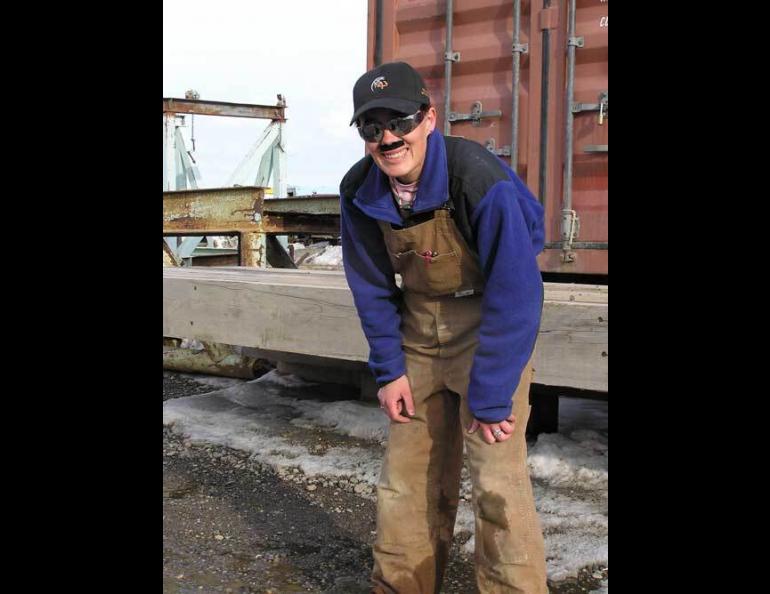 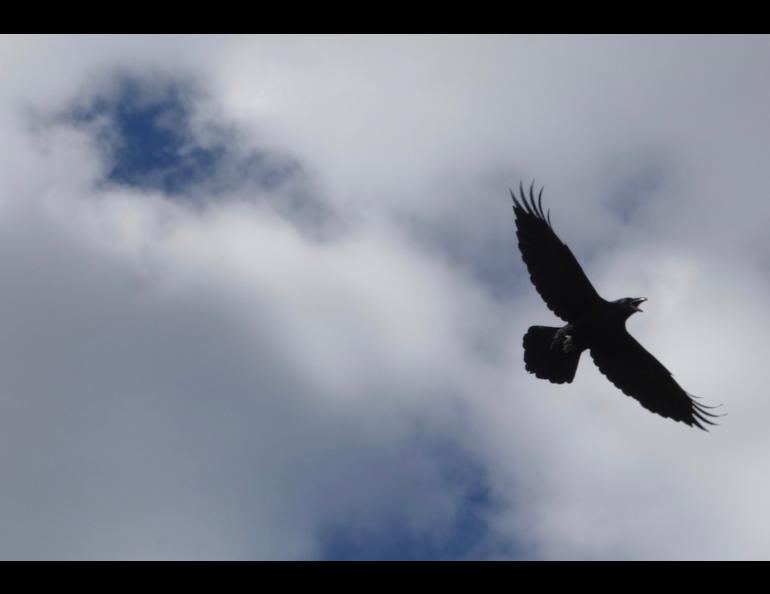 A raven in Alaska. Photo by Ned Rozell.

Ravens and crows are hard to fool

Biologist Stacia Backensto has fooled a raven. When trying to recapture birds on Alaska’s North Slope during her graduate student days at the University of Alaska Fairbanks, she wore a moustache and beard. She also strapped pillows to her waist.

“By the time I got around to the beard and the duct-taping of the pillows, I found myself with a 30-minute costume prep time before trapping,” said Backensto. “It was kind of like getting ready to go onstage.”

Backensto, who studied how oil and gas development activities affected ravens, posed as “a grumpy old oilfield worker” before the half dozen ravens she had previously captured in Prudhoe Bay.

“When I didn’t have my disguise on they were a bit obnoxious,” she said. The ravens sometimes dove at her or pecked hard on metal posts in her vicinity.

She occasionally needed to recapture birds that had lost their transmitters in order to follow them around the oilfields at Prudhoe Bay. She did not think she could do it without her elaborate disguise, which she accentuated by trying to walk differently.

The dean of raven studies in the U.S., Bernd Heinrich, a professor emeritus at the University of Vermont, also dressed up to fool ravens. He described it in his book, “Mind of the Raven; Investigations and Adventures with Wolf Birds.”

Heinrich once kept ravens he had captured in a large pen. After a year of living in captivity, they became comfortable with him coming in to feed them, though the birds were skittish around everyone else. Out of curiosity, he saw how ravens reacted when he wore a kimono.

“When I wore it, they flew up (in alarm) at fifteen yards, but it didn’t fool them for long,” Heinrich wrote. “After my thirteenth approach in the kimono, they again allowed me to get next to them.”

John Marzluff, author of “In the Company of Crows and Ravens” did a study on the University of Washington campus where his research team captured and tagged the raven’s close relative, the American crow.

“We did this experiment over a year and half ago, and to this day crows are still responding to this caveman face,” Marzluff said.

The crows learned to associate the caveman with something bad in three ways, Marzluff said. The seven birds captured by the caveman remembered it, but other crows learned from either watching the caveman capture the birds or from observing caveman-savvy crows scolding the person in the mask when he or she appeared in campus crowds.

For a social bird that interacts with humans, it is perhaps an advantage to remember the bad eggs, Marzluff said. He said crows and ravens are unique in this way.

“I don’t know of other birds who do this in the wild,” he said. 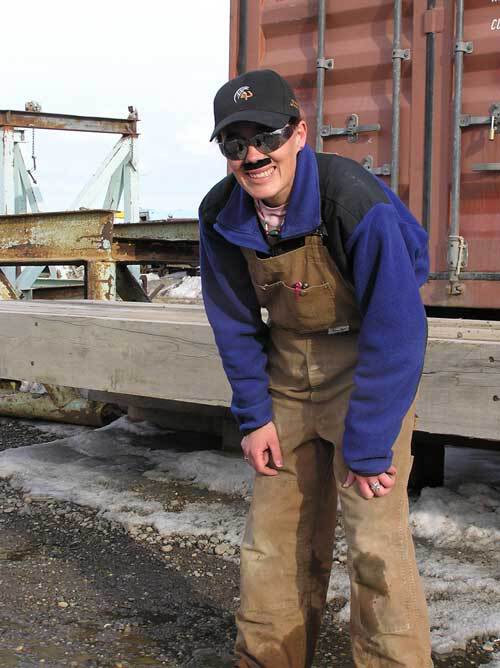 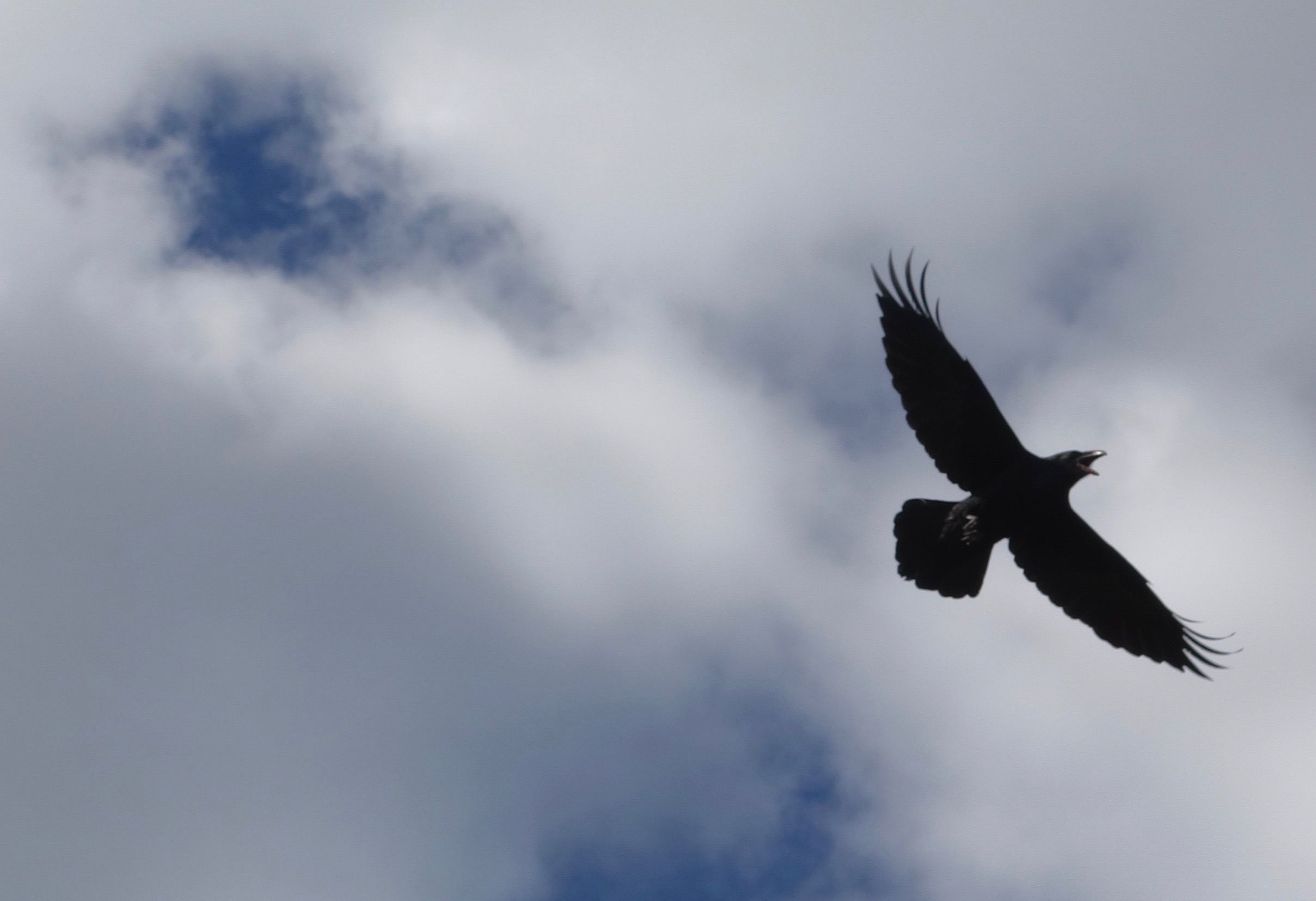 A raven in Alaska. Photo by Ned Rozell.