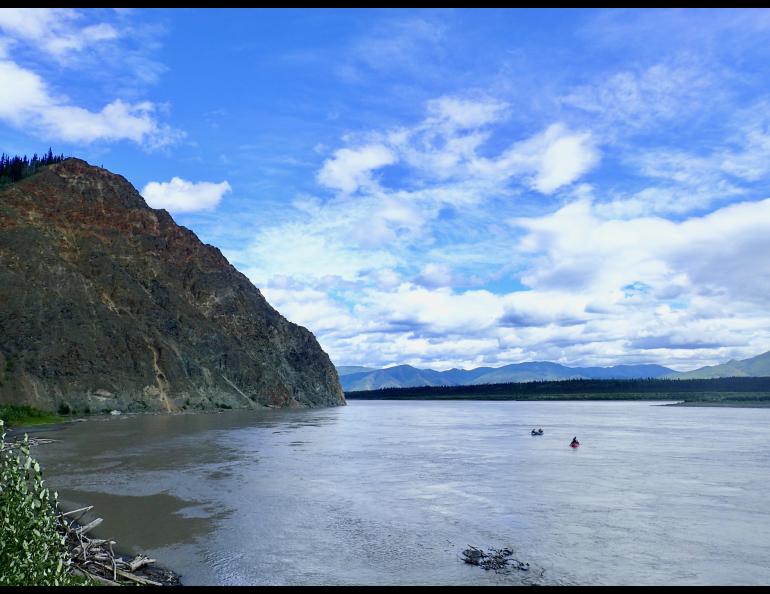 The Yukon River at Eagle, Alaska, in summer 2019. Photo by Ned Rozell.

The recent fall of the upper Yukon River

While skiing with two friends on the frozen Yukon River a few weeks ago, I visited the eight people who live between the towns of Eagle and Circle, which are 160 river miles apart.

The adults in those three households all shared the same observation: The Yukon River’s average level has dropped recently. They all mentioned “river piracy” that happened in an unseen high valley, 500 miles away, as a probable cause.

These people are among the keenest observers of the river as it enters Alaska. They fish for salmon with nets and fishwheels, they drive boats up and down the big river, they walk its muddy banks, and they hold their breath during spring flood season.

Though the river peoples’ views of a shrinking river are not based on hard data, professional hydrologists agree with them.

The Yukon River measured at Eagle had its lowest annual water flow on record in 2019, with low levels also in 2017 and 2018, according to Crane Johnson, who works for the Alaska-Pacific River Forecast Center in Anchorage.

Johnson also shared a paper on river piracy by a scientist who travelled north to study a Yukon tributary in 2016 and found it was barely flowing. Further investigation by Dan Shugar and two colleagues from Illinois and British Columbia made them believe they were catching river piracy in the act.

River piracy happens when one large drainage somehow steals the water of another. In this case, melting of massive Kaskawulsh Glacier, in the St. Elias Mountains of the southwest Yukon territory, rerouted most of the water flowing into Slims River. That water instead now runs into the Kaskawulsh River.

This redirection of water affects the Yukon River because Slims River, named by a prospector in 1903 after his horse drowned in it, drains into Kluane Lake, in between Haines Junction and the Alaska border at Beaver Creek. Kluane Lake flows into the Yukon River through the Kluane River.

Until 2016, a good deal of meltwater from Kaskawulsh Glacier (at 15,000 square miles larger than Massachusetts and Connecticut combined) flowed into the Yukon River and on to the Bering Sea. That water now mostly flows into the Alsek River and the Gulf of Alaska, taking a drastic shortcut to salt water.

Shugar, who works at the University of Calgary, thinks his chance discovery was the first time geologists have documented river piracy in close to real time. How did the North Pacific steal the Bering Sea’s water?

High on the divide between watersheds, Shugar and his team found a recent canyon of ice melted through the toe of Kaskawulsh Glacier. That conduit, with 100-foot walls, now connects a glacial lake that supplies Slims River to another glacial lake, one that feeds the Kaskawulsh River.

That new channel is enabling the water thievery, as most of the meltwater now empties toward the Pacific Ocean.

Because of the change, people driving the Alaska Highway near Kluane Lake are now driving through dust storms of the drying riverbed as they roll over the Slims River bridge.

How much has the disappearance of Slims River affected the Yukon River as it enters Alaska? Johnson said the lack of Slims River water has caused perhaps a 2 to 3 percent decline in the Yukon’s flow at Eagle, which averages about 84,000 cubic feet per second over the year.

That’s a pretty small drop in America’s third largest river (after the Mississippi and Missouri), and maybe not enough to account for what the river people are experiencing, said Heather Best, a U.S. Geological Survey hydrologist. She maintains the river-measuring gauges at Eagle and Stevens Village.

“The Yukon at Eagle has been really low in the last year, both anecdotally and as seen by our data,” she said. “But the big question is how much water was coming out of the Slims prior to the piracy, and there don’t seem to be good answers because it wasn’t regularly gauged.”

Best looked at recent Yukon water levels in Canada upstream of Eagle. She found the Kluane River at the lake outlet was indeed very low in summer 2019. But she also found the Yukon River level was down upriver of the confluence of the Kluane.

“Even upstream of the influence of the Slims’ piracy, the Yukon was already near record low,” Best said.

Both Best and Johnson both think the Yukon’s recent low water at Eagle and a bit downriver is probably due to low snowfall and rainfall in Yukon and British Columbia watersheds the last few years. 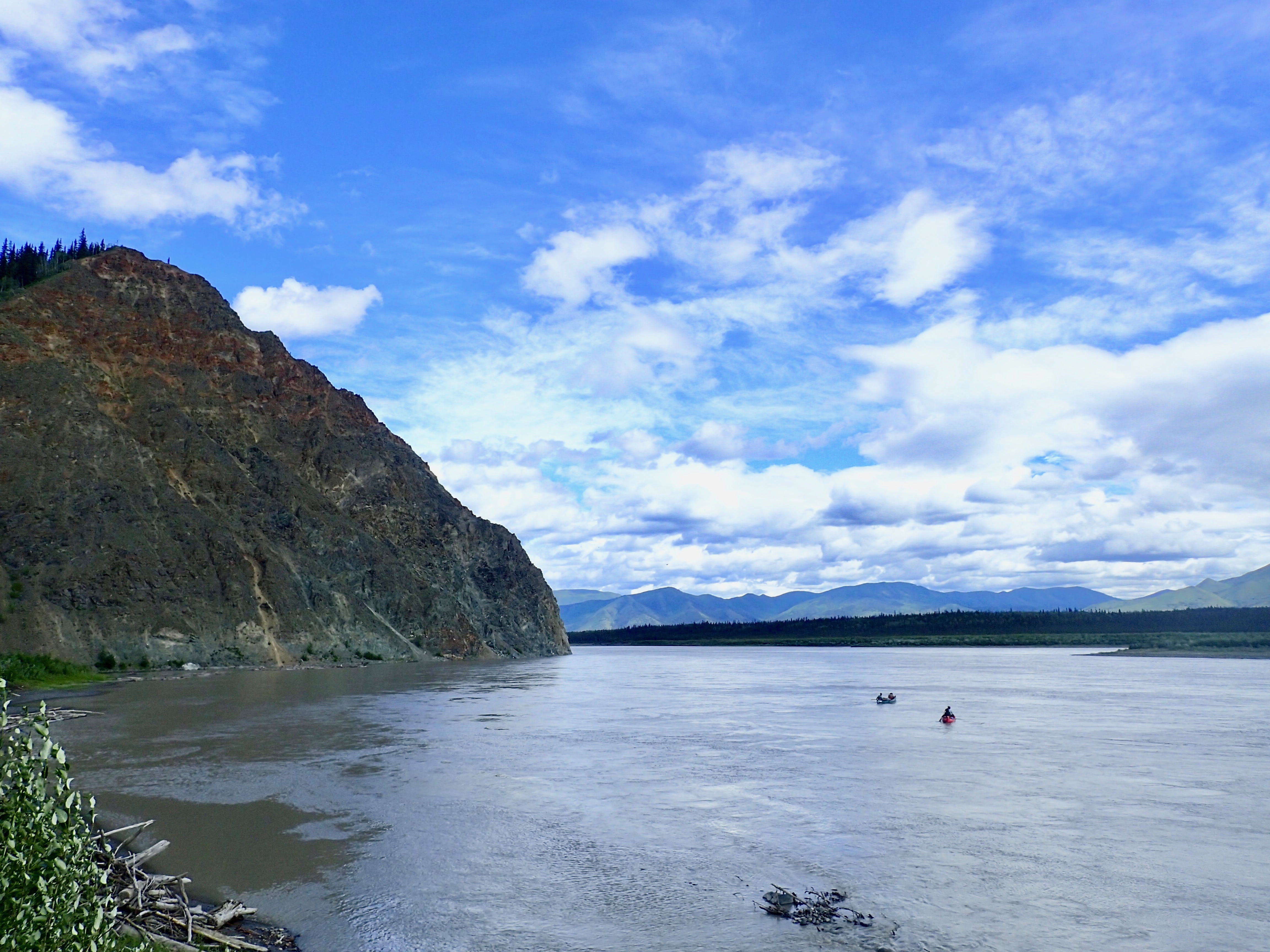 The Yukon River at Eagle, Alaska, in summer 2019. Photo by Ned Rozell.