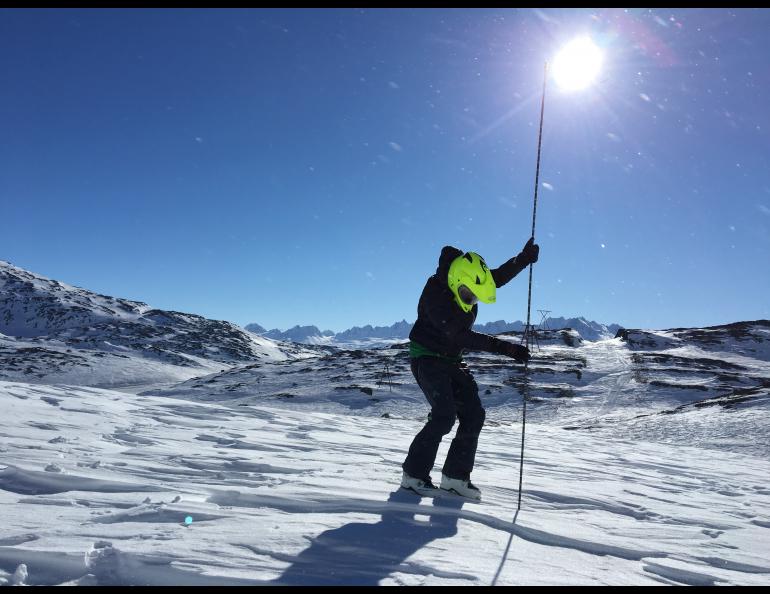 Snow falling silently on Alaska’s mountains will in a few months transform into a medium for migrating salmon, and so much more.

“That snowflake that falls on the mountain now is water that flows in streams and rivers late in summer,” said Gabe Wolken, a glaciologist who works both for the state and the University of Alaska.

Wolken and his colleagues recently added a snow-depth button to a smartphone app that allows anyone to add information about favorite winter landscapes and help scientists in the process.

The free app, Mountain Hub, now allows skiers, snowmachiners, mountaineers and others to enter a snow-depth measurement that helps researchers calibrate models of snowmelt and ground truth measurements from aircraft and satellites.

In Alaska, figuring how much snowfall will turn into river is a guessing game backed by a few real measurements fed into computer models. In other places, snow scientists can drive all over the place to sample, but Alaska has fewer miles of road than Vermont.

Wolken came up with the idea for help from “citizen scientists” a few years ago while flying a snow-measuring mission near Valdez. To check the accuracy of a series of photos taken from a plane to get snow elevations and compare them to the height of the bare ground, Wolken invited people from the Alaska Avalanche Information Center up to Thompson Pass, one of the snowiest places in Alaska and a favorite of backcountry skiers.

A group of snowmachiners and skiers took off in different directions that April day. They probed snow-depth measurements and added waypoints with GPS units. They met at the end of the day and gave their field books and hand-held GPS receivers to Wolken.

“We ended up getting so many more measurements than we could with just a science team,” he said.

When he saw a NASA call for proposals on projects to help make snowmelt models more accurate, Wolken got with scientists from UAF, the Alaska Division of Geological and Geophysical Surveys, the University of Washington and Oregon State University. They proposed to enhance the Mountain Hub app with a tab for snow-depth measurements. NASA funded their proposal for a prototype, and outdoors people have responded.

He has seen snow-depth readings from the White Mountains outside Fairbanks, Sitka and favorite climbing spots in the Alaska Range. Snow travelers have sent in more than 400 measurements from Thompson Pass.

People have measured snow using avalanche probes, often carried in the backcountry, but can use something as simple as a yardstick in areas like the Interior that receive less snow.

The app registers location and the typed-in snow depth even if the reporter has no cell signal. As soon as the smartphone senses a cell or wifi signal, the information is transferred to a site used by researchers. Though developed for Alaska, the app takes readings from anywhere in the world.

“We’re trying to get people to do this anywhere, any time there’s snow on the ground,” Wolken said. “In Alaska, there are so many areas without weather or snow observations. And if we can get a better idea of baseline conditions now, we’ll have a better idea of climate change effects.”

“We want to let the data guide us to where we tune the next models,” Wolken said. 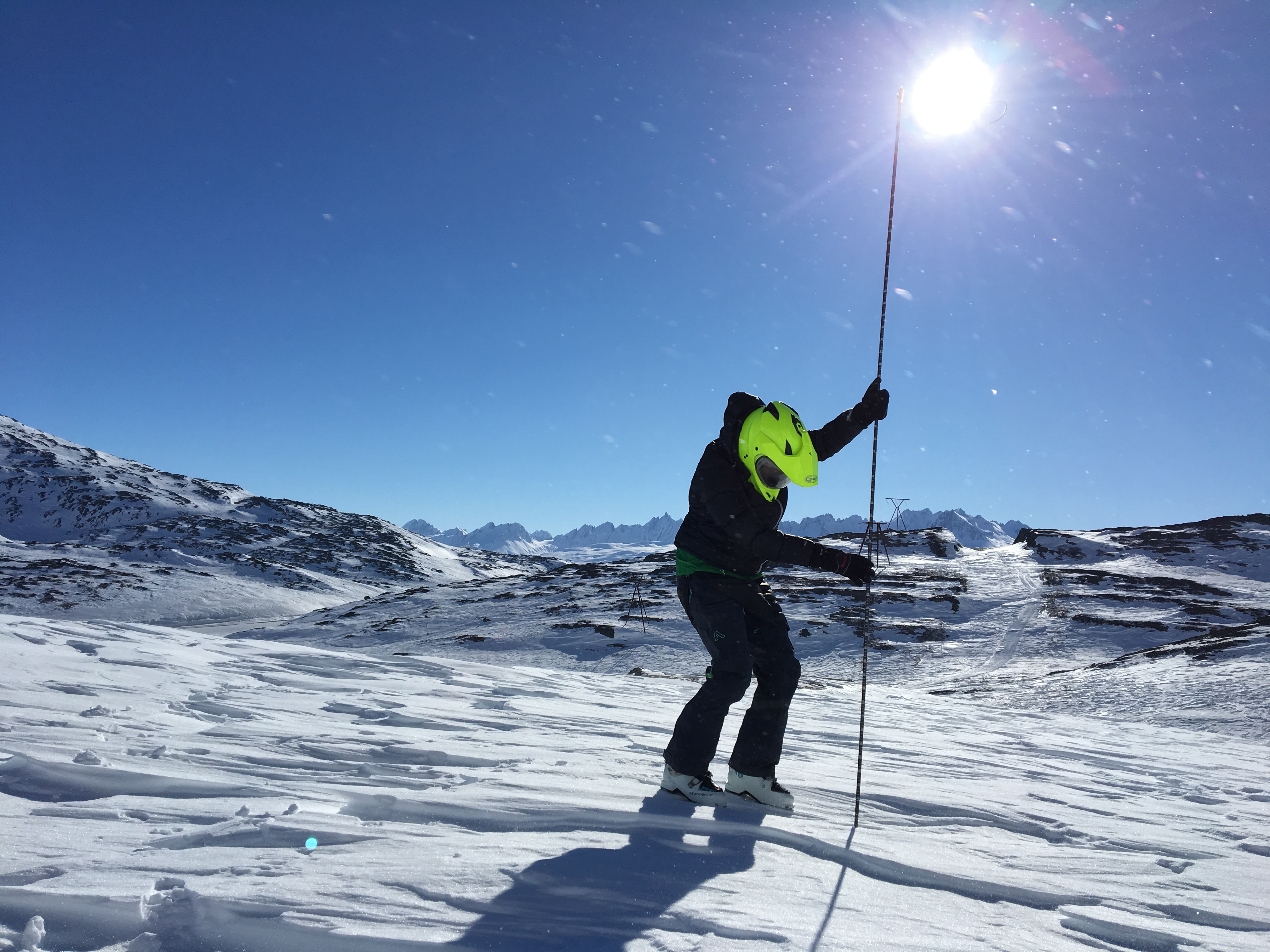