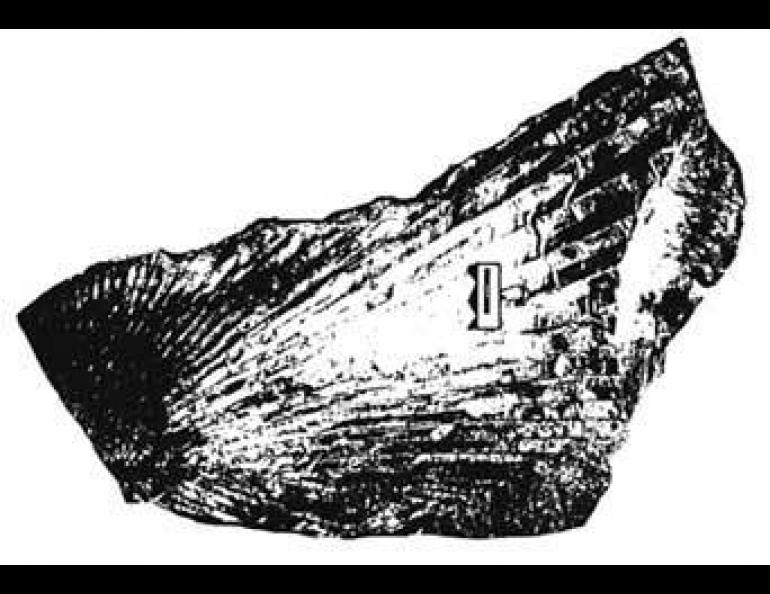 A 20-inch fossil palm leaf that once waved over a tropical forest in Alaska 45-60 million years ago. The fossil was found in rocks near the Malaspina Glacier. Photo from the U.S. Geological Survey, Dept. of the Interior

The adaptations that plants make to allow their growth in the Earth's different climatic regions can be used to learn about the past. Palm leaves found fossilized in the rocks bordering the Malaspina Glacier near Yakutat have a story to tell since palms could not possibly grow there today. Either the climate of the Earth was different when the palms grew 45 million years ago or else the rocks in which the fossils occur moved in from someplace else. Most students of the past subscribe to the latter view.

In the tundra of arctic and alpine climates there are relatively few species of plants. Plants there undergo great mechanical stress through rupture of the roots as the soil freezes and thaws and as the wind abrades any part of the plant sticking up above the rocks or snow. Consequently, tiny plants such as lichens dominate the tundra landscape. A general rule seems to be that the worse the climate, the fewer the species of plants.

In contrast, the equatorial and tropical rain forests may contain as many as 3000 different species in an area no larger than one square mile. Trees of the rain forest tend to have smooth bark, broad evergreen leaves and heavily buttressed roots--all suitable characteristics for a climate where water and sunshine are plentiful all year round.

Plants with gnarled bark, thick waxy leaves (such as spruce needles or cacti) and sometimes a spongy internal structure suitable for holding water are characteristics of climates where water is scarce part or most of the year. In regions where there are large temperature extremes, including below-freezing weather, deciduous plants drop their leaves as part of the effort to become dormant during the bad part of the year.

Paleobotanist Jack A. Wolfe of the United States Geological Survey at Menlo Park, California, has found a number of tropical rain forest fossils along the eastern Gulf of Alaska. These include several kinds of palms, Burmese lacquer trees, mangroves and trees of the type that now produce nutmeg and Macassar oil. 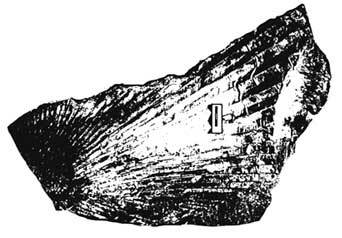 A 20-inch fossil palm leaf that once waved over a tropical forest in Alaska 45-60 million years ago. The fossil was found in rocks near the Malaspina Glacier. Photo from the U.S. Geological Survey, Dept. of the Interior