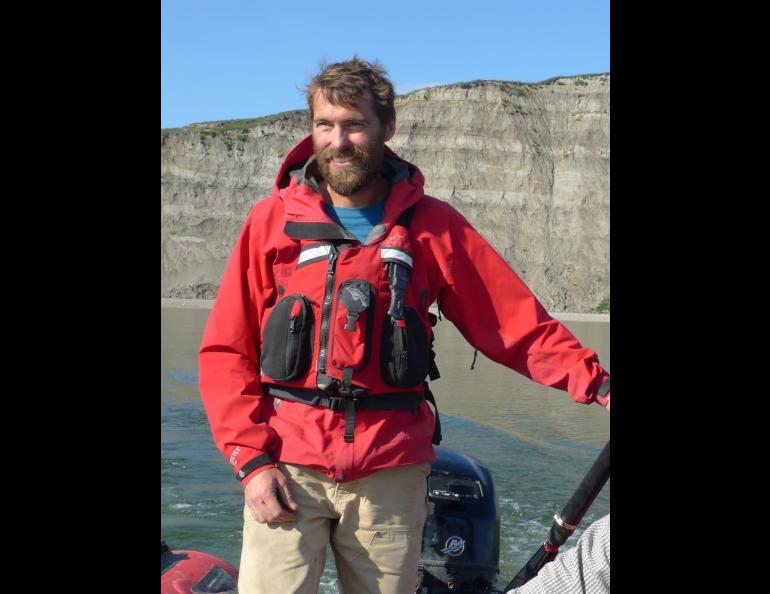 Pat Druckenmiller, dinosaur guy and director of the University of Alaska Museum of the North, ferries a boat across the Colville River near the spot rich with dinosaur bones. Photo by Greg Erickson.

During Patrick Druckenmiller’s not-so-restful sabbatical year of 2015, he flew to museums around the world. In Alberta and then London, the University of Alaska Museum of the North’s earth science curator looked at bones of dinosaurs similar to ones found in northern Alaska.

The more he squinted at them and chatted with experts, the more he concluded far-north dinosaurs are like Alaskans compared to other Americans: kind of the same, but a little off.

“When we really re-examine the fauna, (northern Alaska) is a very weird place,” said Druckenmiller, who today is also the museum director.

The mini tyrannosaur, duck-billed swamp-stompers, armor-headed plant-eaters and other dinosaurs found in northern Alaska hint of a story that is theirs alone. That tale is separate from the one we learned as kids, told by fossils found in Montana, Alberta, Mongolia and other more exposed and easier-to-get-to places.

Druckenmiller’s examinations of the duck-billed dinosaurs found in Alberta led to the declaration of a new Alaska hadrosaur species due to slight but significant differences in body structure.

The story of the northern dinosaur is late in arriving because Alaska is late in being explored. But paleontologists have filled the basement of the university museum with the world’s largest collection of polar dinosaur bones and tracks encased in rock. Researchers are using them to write a separate narrative for the creatures who lived in a place of extremes 70 million years ago.

“This ecosystem has no true modern analogue,” wrote Alexei Herman of the Russian Academy of Sciences. In a recent paper, he and others tried to reconstruct Arctic climate at the time of the dinosaurs. They used plant fossils found in Alaska and western Siberia. “It existed under a polar light regime similar to that of the present day but experienced a temperature regime far warmer than now.”

Northern dinosaurs seem to have experienced a cloudy, Juneau-like climate with Utqiaġvik’s four months of darkness. How the 13 species of meat and plant-eaters endured is a fun question for paleontologists. Did dinosaurs migrate south during the dark season? Did they have special adaptations that helped them stay?

“Cold wasn’t slowing them down; they were doing just fine,” Druckenmiller said. “What’s interesting is what we don’t find on the North Slope. We find no amphibians, crocodiles, turtles or lizards up here. It was cold enough to exclude classic ectotherms.”

The story of the northern dinosaur gets more intriguing every time someone like Druckenmiller looks at a geological map of Alaska and chooses to float a river that flows through rock the same age as the dinosaurs. An example: To the seasoned eye, the sandstones and mudstones of the middle Yukon provide as many samples as a dinosaur hunter wants to carry.

And there is so much left out there. Though the tundra landscape hides the detailed story of northern dinosaurs (no one has yet found fossilized dinosaur eggs in northern Alaska, which would prove they bred there), there are places where bones and tracks are right on the surface.

“I’ve got a lot of places on my list I want to go,” Druckenmiller said. 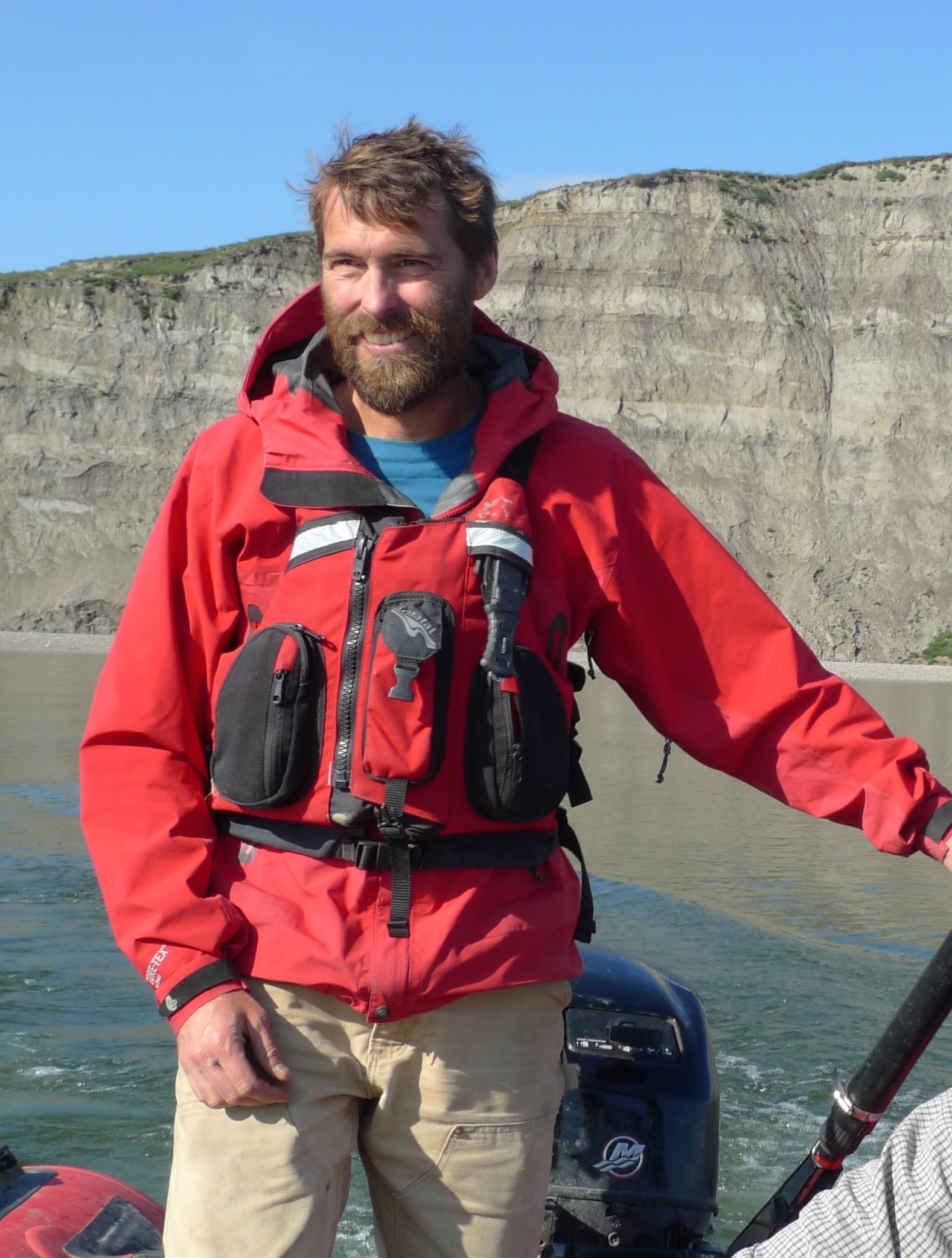 Pat Druckenmiller, dinosaur guy and director of the University of Alaska Museum of the North, ferries a boat across the Colville River near the spot rich with dinosaur bones. Photo by Greg Erickson.