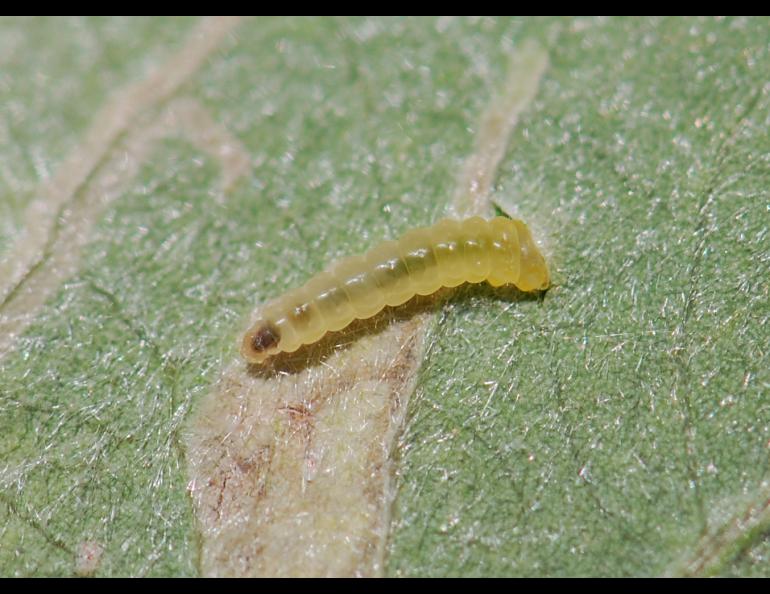 When moths turn away moose

While most of Alaska has not felt too wintery yet, 175,000 moose have noticed a change. As biologist Tom Seaton pointed out in last week’s column, moose are now seeking out what amounts to a large dog-food sack of twigs each day. There are no more pond greens to slurp or succulent leaves to strip from stems.

“In the winter, all that’s available is wood,” said ecologist Diane Wagner of the University of Alaska Fairbanks.

Wagner was part of a study on how a tiny moth affects that wood and in turn alters the behavior of moose.

Wagner, graduate student Brian Allman and ecologist Knut Kielland studied a gray moth called the willow leafblotch miner they noticed on the flats of the Tanana River. The tiny larvae of the moth feed on the leaves of the sandbar willow, browning them out by midsummer.

Though the infested leaves look as unappetizing as a wormy apple, moose don’t eat leaves of the sandbar willow, Wagner said. Winter is when moose, in their quest for 30 pounds of twigs each day, turn to the sandbar willow, which by then has no leaves.

During what made up much of his master’s degree research, Allman applied insecticide to some stands of sandbar willow on the Tanana River floodplain in late spring. The leaves of those trees stayed green and full, compared to nearby willows with solar panels damaged by the willow leafblotch miner. Unlike the aspen leaf miner, which Wagner also studies, leafblotch miner caterpillars travel from leaf to leaf feeding on the photosynthetic machinery inside.

“It can blast through all the leaves on a shoot in a few weeks. It’s a very destructive feeder,” she said.

The researchers found sandbar willows infested with the leaf miners in early summer are not the first choice of moose in winter.

“Stem growth declines with leaf mining,” Wagner said. “Moose prefer to eat plants with more and bigger stems over those with fewer, twiggy ones. That’s probably why moose preferred the plants that we sprayed.”

On trees from which they excluded willow leafblotch miners with insecticide, whips of new growth were bigger. Those sprigs carry buds that will next spring turn into new shoots with a set of leaves attached.

Though moose were probably unaware of the moth’s existence, they noticed what it wrought six months later.

“Moose took more wood and a greater proportion of wood from the plants we had sprayed in summer,” Wagner said.

While Tanana River moose seem to hammer them, sandbar willow are just one of Alaska’s 30-plus species of willow that moose eat. Leafblotch miners don’t attack feltleaf willow, which moose love, because moths can’t attach their eggs to the fuzz.

Wagner thinks the willow leafblotch miner is a newcomer to the Tanana River study site, which hosts one of the densest populations of moose in North America.

“We don’t think willow in the area evolved with it,” she said. “It looks like a range extension, which could be related to warming.”

Wagner and others looked the interaction of willow leafblotch miners and moose as part of a 10-year study of the river valley ecosystem. 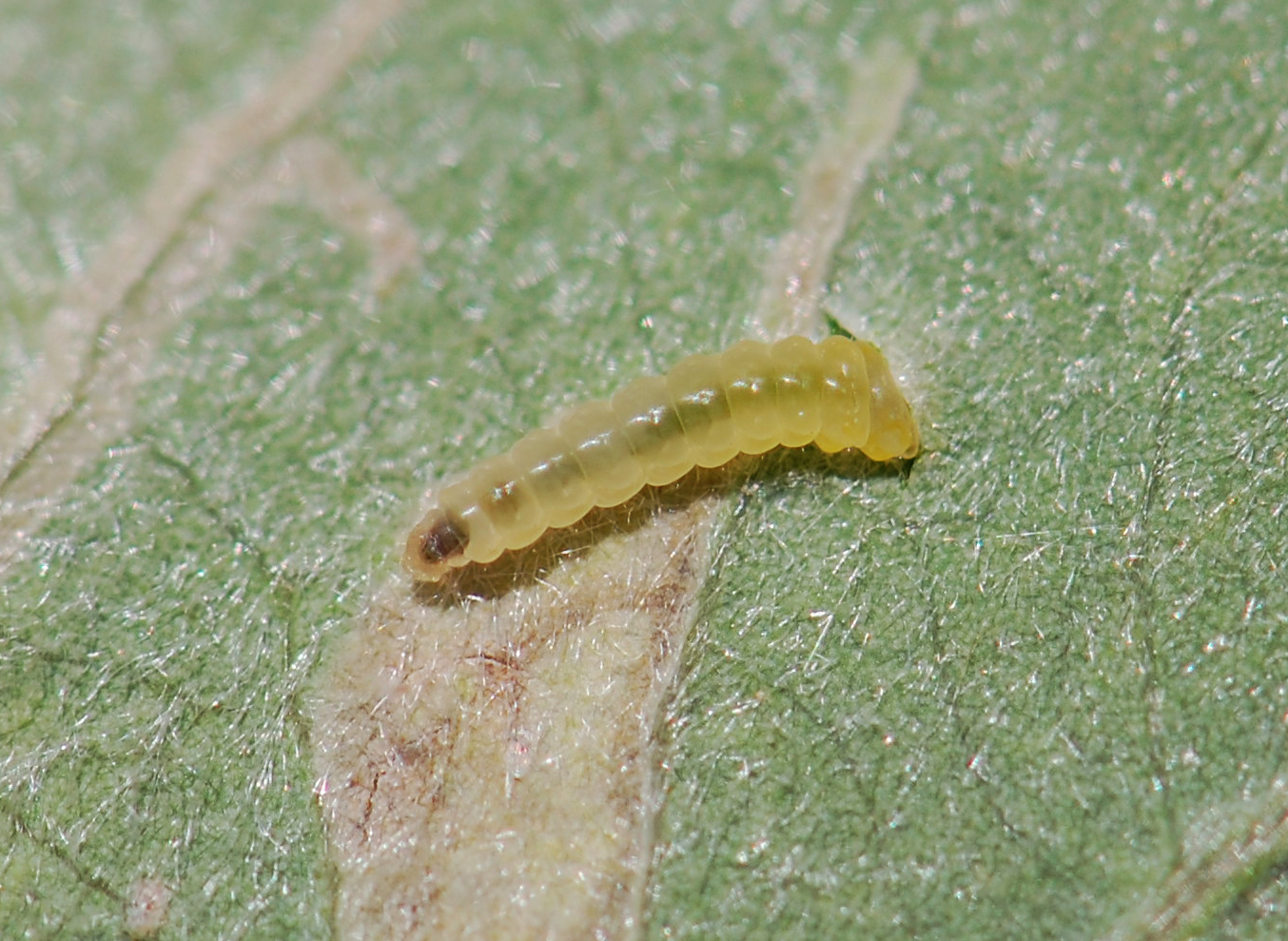