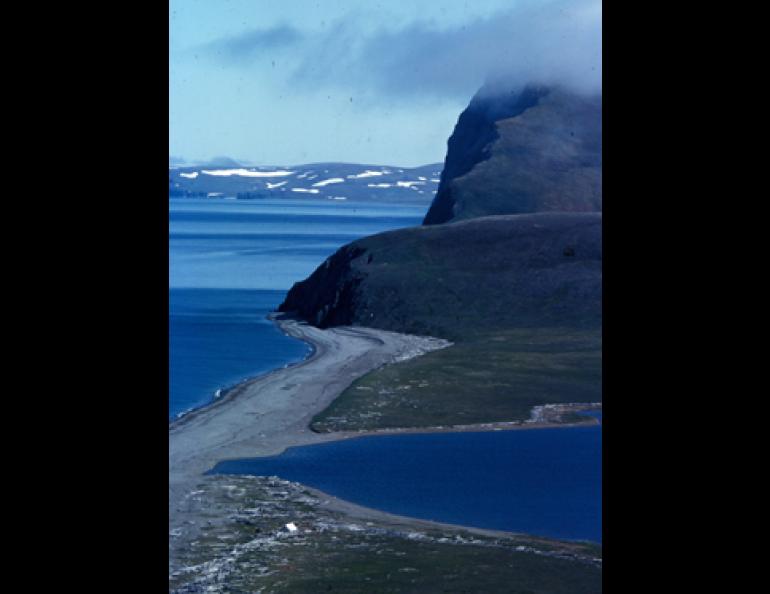 When Reindeer Paradise Turned to Purgatory

During World War II, while trying to stock a remote island in the Bering Sea with an emergency food source, the U.S. Coast Guard set in motion a classic experiment in the boom and bust of a wildlife population.

The island was St. Matthew, an unoccupied 32-mile long, four-mile wide sliver of tundra and cliffs in the Bering Sea, more than 200 miles from the nearest Alaska village. In 1944, the Coast Guard installed a loran (long range aids to navigation) station on St. Matthew to help captains of U.S. ships and aircraft pilots pinpoint their locations. The Coast Guard stationed 19 men on St. Matthew Island to operate the station. Those men—electrical technicians, cooks, medics, and others—made up the entire human population of the island.

In August 1944, the Coast Guard released 29 reindeer on the island as a backup food source for the men. Barged over from Nunivak Island, the animals landed in an ungulate paradise: lichen mats four inches thick carpeted areas of the island, and the men of the Coast Guard station were the reindeer’s only potential predators.

The men left before they had the chance to shoot a reindeer. With the end of World War II approaching, the Coast Guard pulled the men from the island. St. Matthew’s remaining residents were the seabirds that nest on its cliffs, McKay’s snow buntings and other ground-nesting birds, arctic foxes, a single species of vole, and 29 reindeer.

St. Matthew then had the classic ingredients for a population explosion—a group of healthy large herbivores with a limited food supply and no creature above them in the food chain. That’s what Dave Klein saw when he visited the island in 1957.

Klein was then a biologist working for U.S. Fish and Wildlife Service. He is now a professor emeritus with the University of Alaska Fairbanks’ Institute of Arctic Biology. The first time he hiked the length of St. Matthew Island in 1957, he and field assistant Jim Whisenhant counted 1,350 reindeer, most of which were fat and in excellent shape. Klein noticed that reindeer had trampled and overgrazed some lichen mats, foreshadowing a disaster to come.

Klein did not get a chance to return to the island until the summer of 1963, when a Coast Guard cutter dropped him and three other scientists off on the island. As their boots hit the shore, they saw reindeer tracks, reindeer droppings, bent-over willows, and reindeer after reindeer.
“We counted 6,000 of them,” Klein said. “They were really hammering the lichens.”
The herd was then at a staggering density of 47 reindeer per square mile. Klein noted the animals’ body size decreased since his last visit, as had the ratio of yearling reindeer to adults. All signs pointed to a crash ahead.

Other work commitments and the difficulty of finding a ride to St. Matthew kept Klein from returning until the summer of 1966, but he heard a startling report from men on a Coast Guard cutter who had gone ashore to hunt reindeer in August 1965—the men had seen dozens of bleached reindeer skeletons scattered over the tundra.
When Klein returned in the summer of 1966, he, another biologist and a botanist found the island covered with skeletons; they counted only 42 live reindeer, no fawns, 41 females and one male with abnormal antlers that probably wasn’t able to reproduce. During a few months, the reindeer population of St. Matthew had dropped by 99 percent.

By piecing together clues found amid the bones, Klein figured that thousands of reindeer starved during the winter following his last visit, when he counted 6,000 animals on the island. Weather records from St. Paul and Nunivak islands for the winter of 1963-1964 showed an extreme winter in both cold and amount of snowfall.
With no breeding population, the reindeer of St. Matthew Island died off by the 1980s. The unintended experiment in population dynamics and range ecology ended as it began—with winds howling over the green hills of a remote island in the Bering Sea, a place where arctic foxes are once again the largest mammals roaming the tundra. 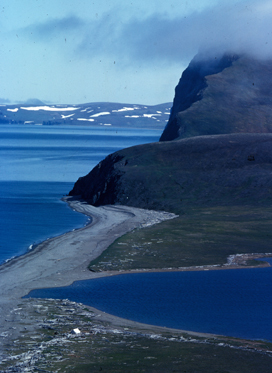