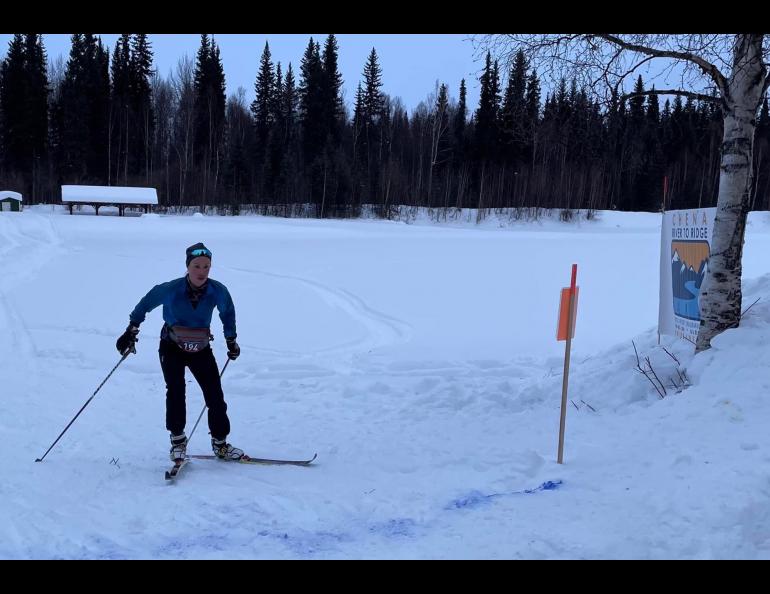 Shalane Frost skis the last few feet of a 55-mile course to win the ski division of the Chena River to Ridge Race east of Fairbanks on March 5, 2022. Corrine Leistikow photo.

Women may have advantage in the long run

Once again, I got “Shalaned.”

This time was in a 55-mile multisport race held on snowmachine trails east of Fairbanks on March 5, 2022. Even though Shalane Frost started 15 minutes after I did and was on skis rather than the snow-bike I was riding, she passed me on the first big climb.

Frost went on to win the ski version of the race, ahead of several young, fit and fast male competitors. In January 2022, she skied a new overall ski record at the Arrowhead 135-mile race in Minnesota, besting the mens course record by 16 minutes.

In it, the researchers concluded that if women kept improving at the rates they were in 1992, they would catch up to the best men running marathons by 2000.

That prediction has not played out in races like the Boston Marathon. But things seem to be different in ultramarathons.

In a 2020 study on more than 15,400 ultra events (longer than a 26.2-mile marathon), statisticians found men were faster than women less than 1 percent of the time in 100-mile races. In distances greater than 195 miles, women were 0.6 percent faster than men.

Women may have several advantages over men during bouts of exercise longer than six hours, wrote Nicholas Tiller of the Lundquist Institute for Biomedical Innovation at Harbor-UCLA Medical Center. He and five co-authors teamed on “Do Sex Differences in Physiology Confer a Female Advantage in Ultra-Endurance Sport?” published in the journal Sports Medicine in 2021.

Women may be less susceptible to fatigue at ultramarathon distances. Men generally have greater muscle mass than women, which is a disadvantage over the long haul.

He added: “The greater relative distribution of slow-twitch fibers in females may partially explain their greater contractile fatigue-resistance compared to males.”

The scientists also wrote that women burn fat more efficiently than men, which may allow them to eat less during a very long event.

Women may also pace themselves better — moving at a more consistent speed throughout a race. The authors cited a study of marathon finish times in the United States that showed women were 1.46 times more likely to maintain their running rate over the course of the race than men. In another study of a 100-kilometer run, a researcher found that women had a slower relative starting speed but a higher finishing speed than men.

“Compared to females, males have been seen to consistently overestimate their abilities in endurance sport, congruent with a greater degree of slowing in the latter stages of racing,” Tiller wrote.

Though more women are entering ultramarathons, men still greatly outnumber them right now, which doesn’t help answer what Tiller calls a “complex” question of whether women are better suited to go long.

“It’s likely that the type of females who choose these events are super tough and quick to begin with,” Tiller told reporter Amanda Loudin in a Washington Post story in 2020. “So it’s self selecting and maybe not a fair comparison of males and females.” 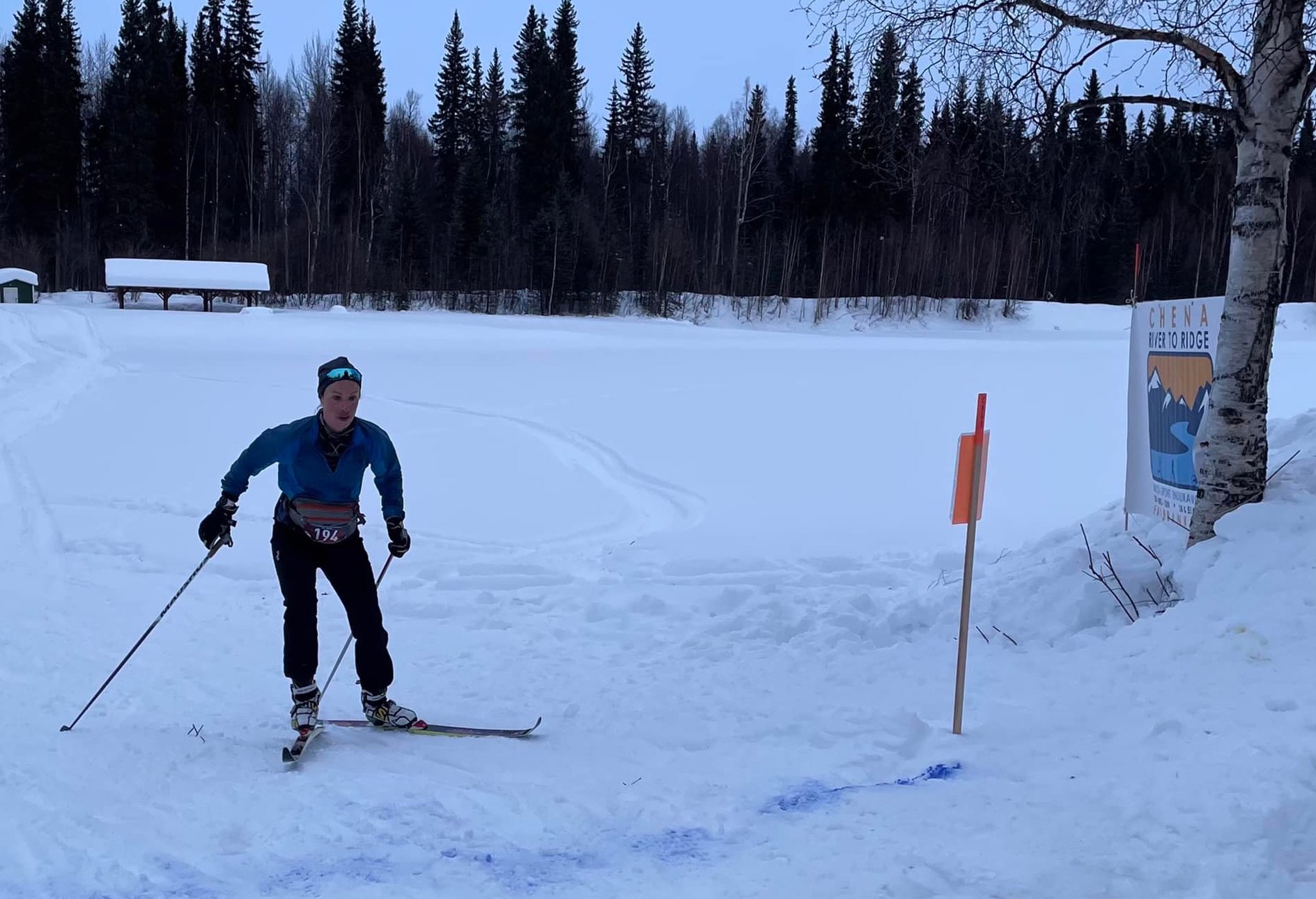 Shalane Frost skis the last few feet of a 55-mile course to win the ski division of the Chena River to Ridge Race east of Fairbanks on March 5, 2022. Corrine Leistikow photo.