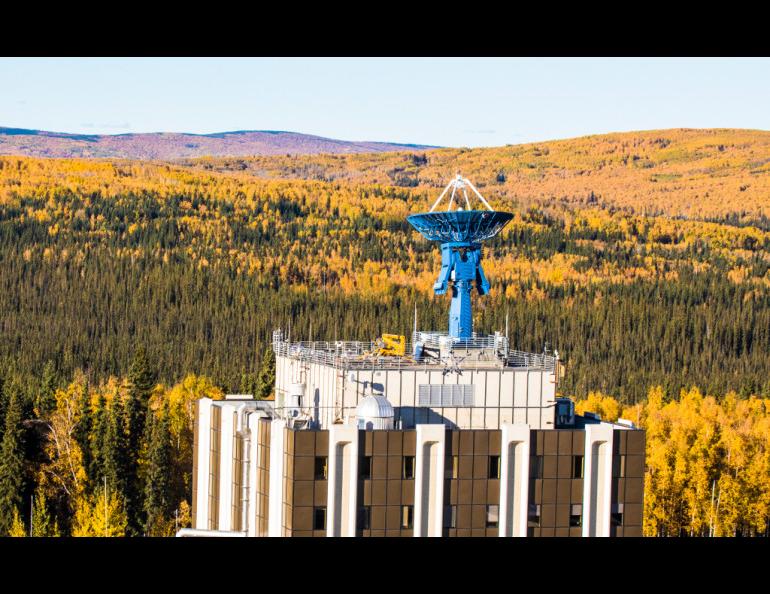 One of the Alaska Satellite Facility’s antennas sits atop the Elvey Building, home of the University of Alaska Fairbanks Geophysical Institute. ASF uses its antennas to downlink data for NASA. UAF photo by JR Ancheta. 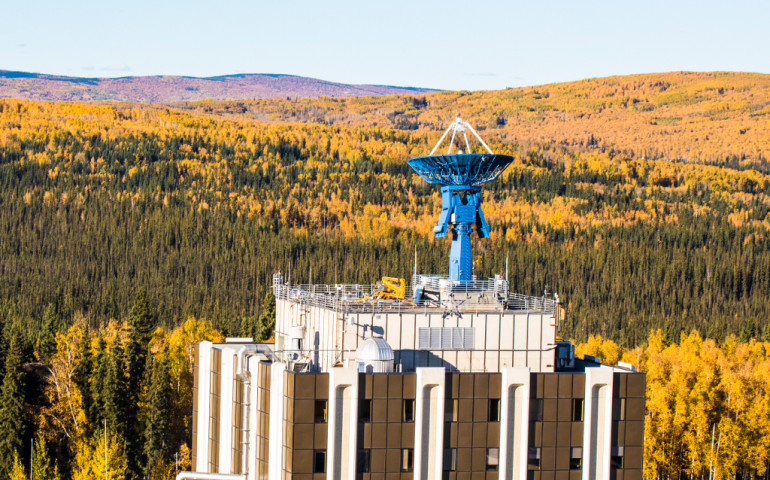 One of the Alaska Satellite Facility’s antennas sits atop the Elvey Building, home of the University of Alaska Fairbanks Geophysical Institute. ASF uses its antennas to downlink data for NASA. UAF photo by JR Ancheta.

NASA has awarded a $48.6 million contract to the University of Alaska Fairbanks to continue operating the Alaska Satellite Facility’s synthetic aperture radar data center at the UAF Geophysical Institute.

This is a competitive renewal of a previous contract. The new contract will be in place through Sept. 30, 2023.

The ASF Distributed Active Archive Center, unique among the 12 NASA-sponsored DAACs, is the only one that specializes in synthetic aperture radar data. SAR imagery can see through clouds, so it is useful for understanding the planet. It has been used to see the impressions of hurricane winds on the ocean surface, helping to predict when a hurricane will make landfall. The Alaska Satellite Facility has helped people assess the status of roads, airports and other infrastructure after earthquakes, so rescuers can take open routes to the hardest-hit areas. The facility has also has sent images of sea ice directly to a shipboard computer to help the captain find a way out of the ice pack.

“We have developed extensive expertise in using this type of data,” said ASF Director Nettie LaBelle-Hamer. “We downlink the data, store and process it, teach people how to use it, and build tools to help use it more effectively and efficiently.”

The Alaska Satellite Facility has archived about six petabytes of SAR satellite data, and the volume is growing at a rate of about two petabytes a year. The facility gathers much of the data using antennas on the Fairbanks campus and at a site on the Richardson Highway south of Fairbanks.

New NASA missions that put satellites into orbit will continue to increase the demand for data to be stored, processed and distributed. ASF currently employs 55 people — downlinking data from satellites is a 24/7 operation — and the new contract will fund hiring additional technicians. ASF also hires undergraduate, graduate and high school students each summer. Many of the staff members at ASF started working there as students.

“I credit the past and present superior performance of the entire ASF staff, with the help of the GI and UAF support staff, with our success in winning this award. Quite a few of our staff are homegrown Alaskans,” said LaBelle-Hamer. “We have to learn and grow as technology changes to be ahead of that curve. We are always striving to give NASA the best technology for their needs. I am very proud of our team.”