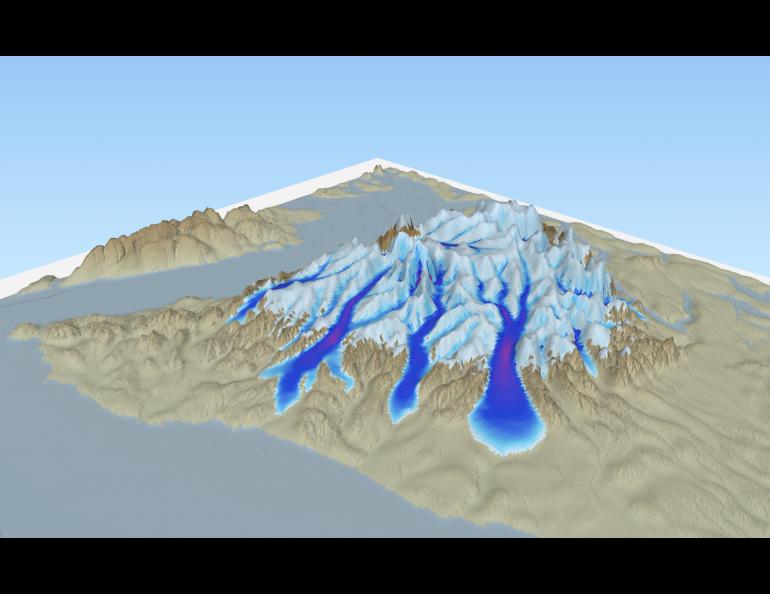 A rendering of ice in the Olympic Mountains, Washington made with the Parallel Ice Sheet Model. The model is a valuable tool for scientists to simulate ice behavior and has been used in 100 publications as of May 2019. Image by Andy Aschwanden. 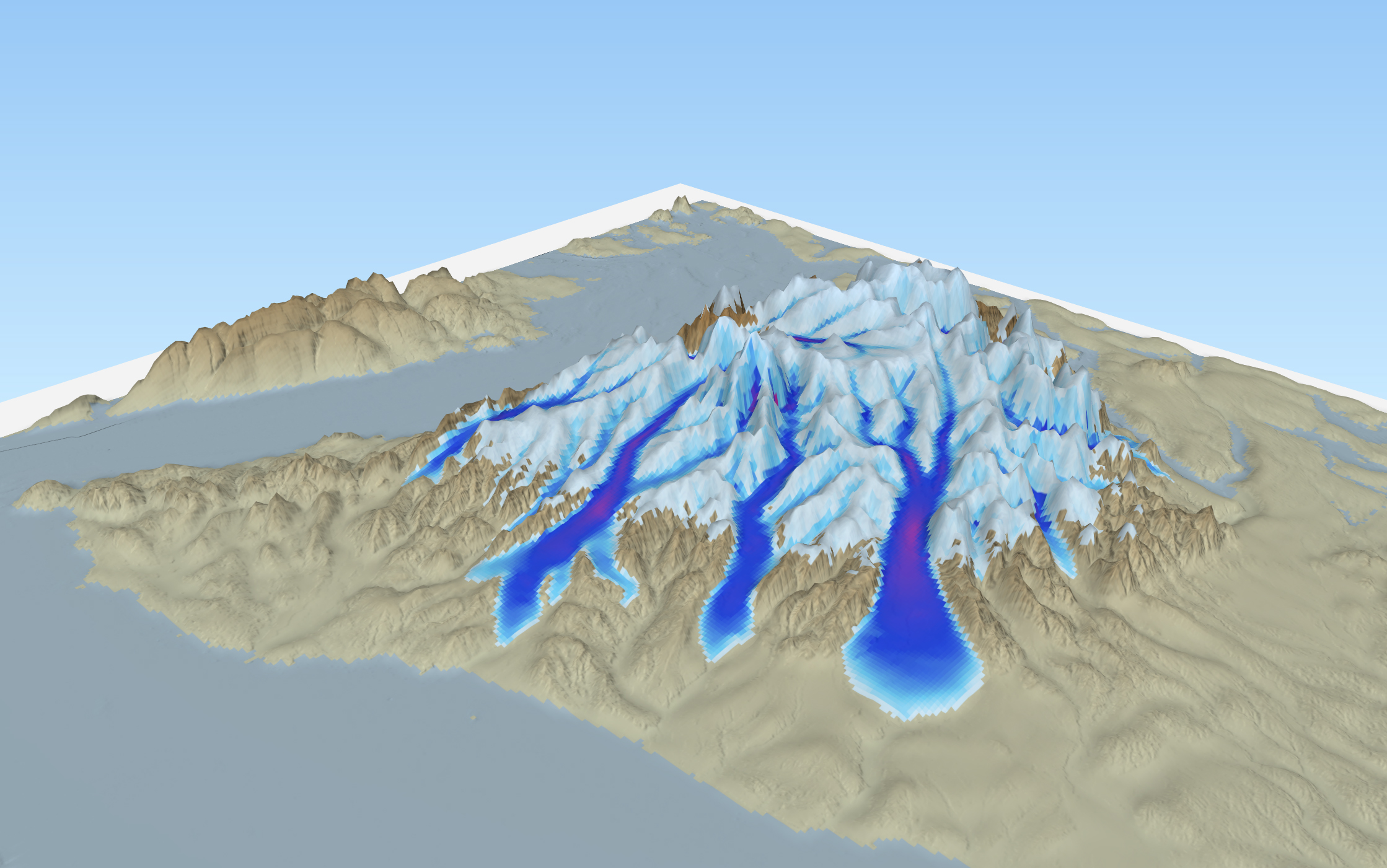 A rendering of ice in the Olympic Mountains, Washington made with the Parallel Ice Sheet Model. The model is a valuable tool for scientists to simulate ice behavior and has been used in 100 publications as of May 2019. Image by Andy Aschwanden.

Ice sheet behavior is complex, to say the least. To understand it, scientists must first understand dozens of physical processes in the ice, atmosphere, and oceans. To do this, they use computer models, which virtually re-create these conditions.

One of the more successful ice sheet models is an open-source model developed in 2006 by researchers at the Geophysical Institute with colleagues at the Potsdam Institute for Climate Impact Research.

The model, called the Parallel Ice Sheet Model or PISM, has been used in 100 publications as of May 2019.

“If you've got a big ice sheet and a 100,000-year question, this is the model to use,” said Ed Bueler, a long-term lead for the project and one of the original developers.

Ice sheets are like continent-sized glaciers and move like fluids, flowing slowly downhill, driven by gravity. The ice sheets that cover Greenland and Antarctica are more than 2 miles thick and contain a vast amount of frozen water. If that ice melts, the water contributes to sea level rise.

How ice sheets flow affects the rate at which sea level rises. Levels could rise by tens of meters, but a critical question is how fast these changes can happen. In the past, as the Earth went in and out of the ice ages, there were huge sea level changes over very short periods of time. In the future, there could be tipping points researchers don't see now. PISM is part of understanding such possibilities.

The model operates by taking an area, say the size of Greenland, and cutting it into hundreds of smaller parts. Each of those parts gets its own processor. Each processor then divides its part into a million pieces, which are described by a few numbers each.

The result is a simulation of the whole, flowing ice mass.

Such work requires a supercomputer, such as the GI-operated Chinook, but “it can describe a continent-scale ice sheet for 100,000 years at good resolution,” Bueler said, “whereas other models are better for looking at a little piece in more detail.”

PISM also has a reputation for being stable. Bueler says the biggest strength of the model is its consistency.

“It continues to be a good model because there is a high-quality software aspect to it,” Bueler said.

Unlike commercial software, which has development teams dedicated to upkeep, models created for research often have a short shelf life. Commonly developed with money from a research grant, research models often lack the funds needed to keep them updated.

In fact, the stability of PISM has less to do with the model itself and more to do with the people behind it. Specifically, Bueler credits Constantine Khrulev, a scientific programmer with the GI and former UAF graduate student who has been a consistent part of the project since the beginning.

“A lot of these models don’t have a person who is dedicated to keep it working well. We have been lucky in having Constantine and for the long term,” Bueler said.

The model is maintained by Khrulev and GI Research Associate Professor Andy Aschwanden and regularly used in research worldwide.

Only 22% of publications that have used PISM have had a UAF-based co-author. It has been used in research published in top journals such as The Cryosphere, Journal of Glaciology, Nature and Geophysical Research Letters, where the 100th paper to use PISM was published. Aschwanden will publish another paper that used PISM results this month in Science Advances.