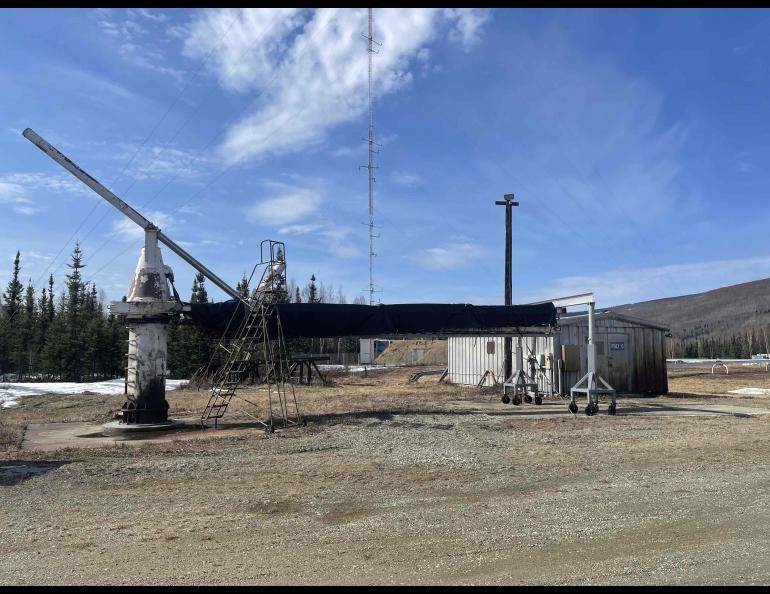 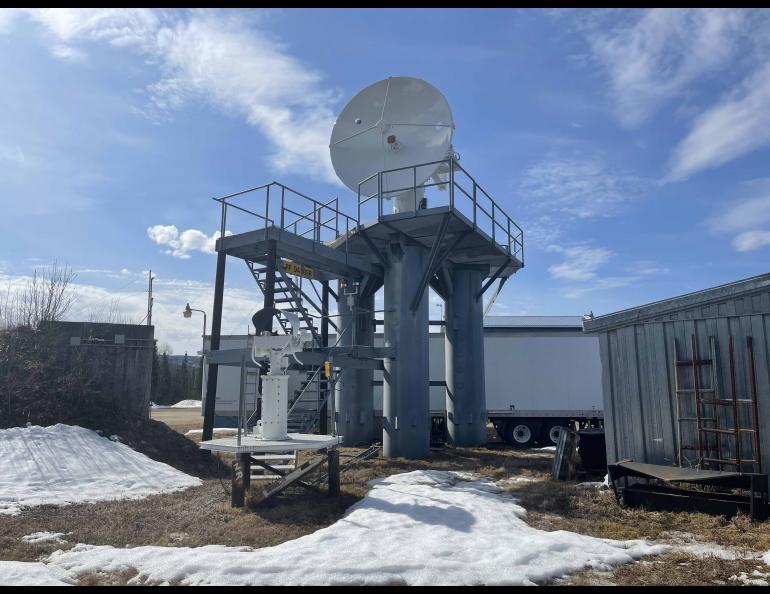 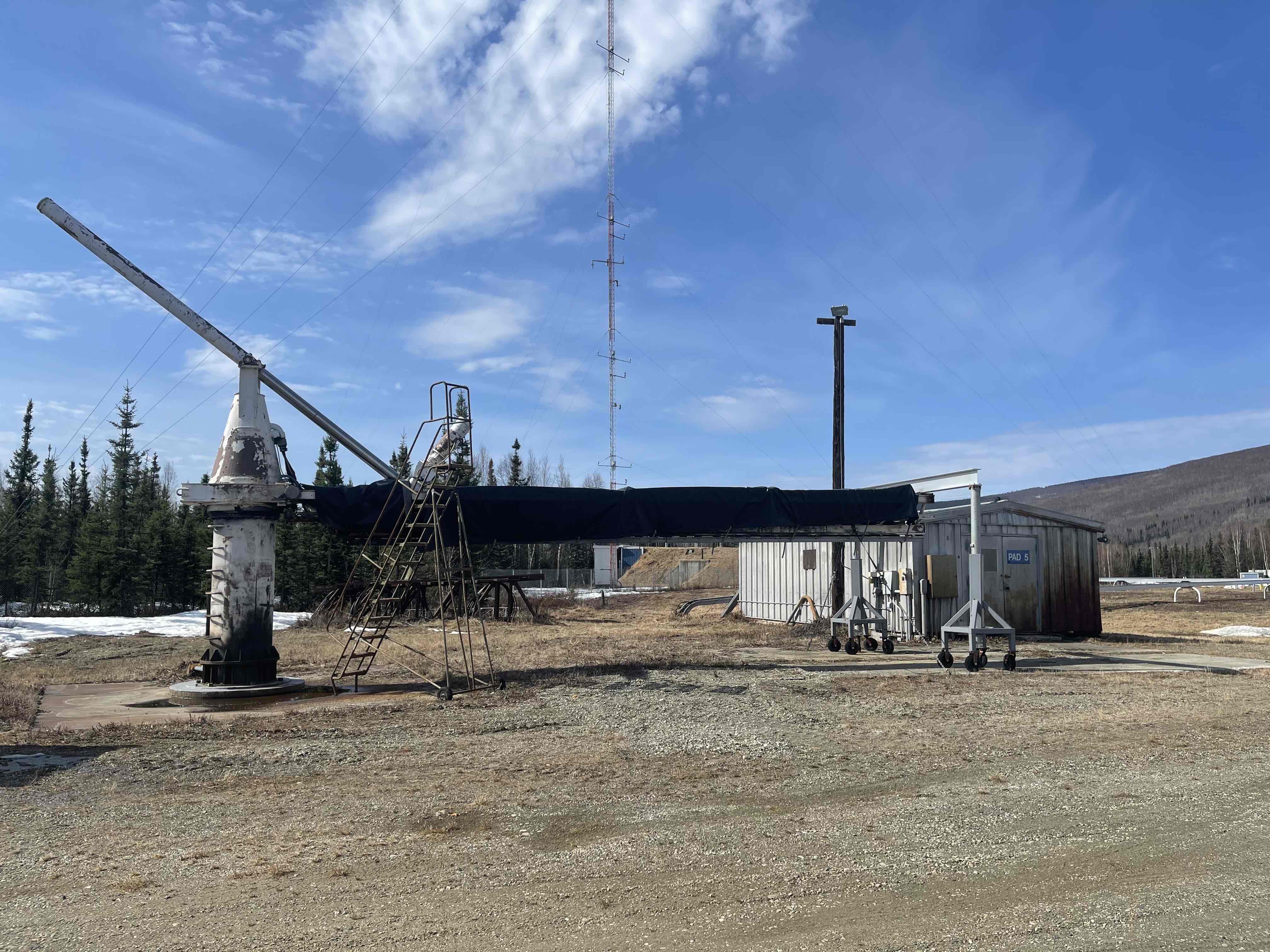 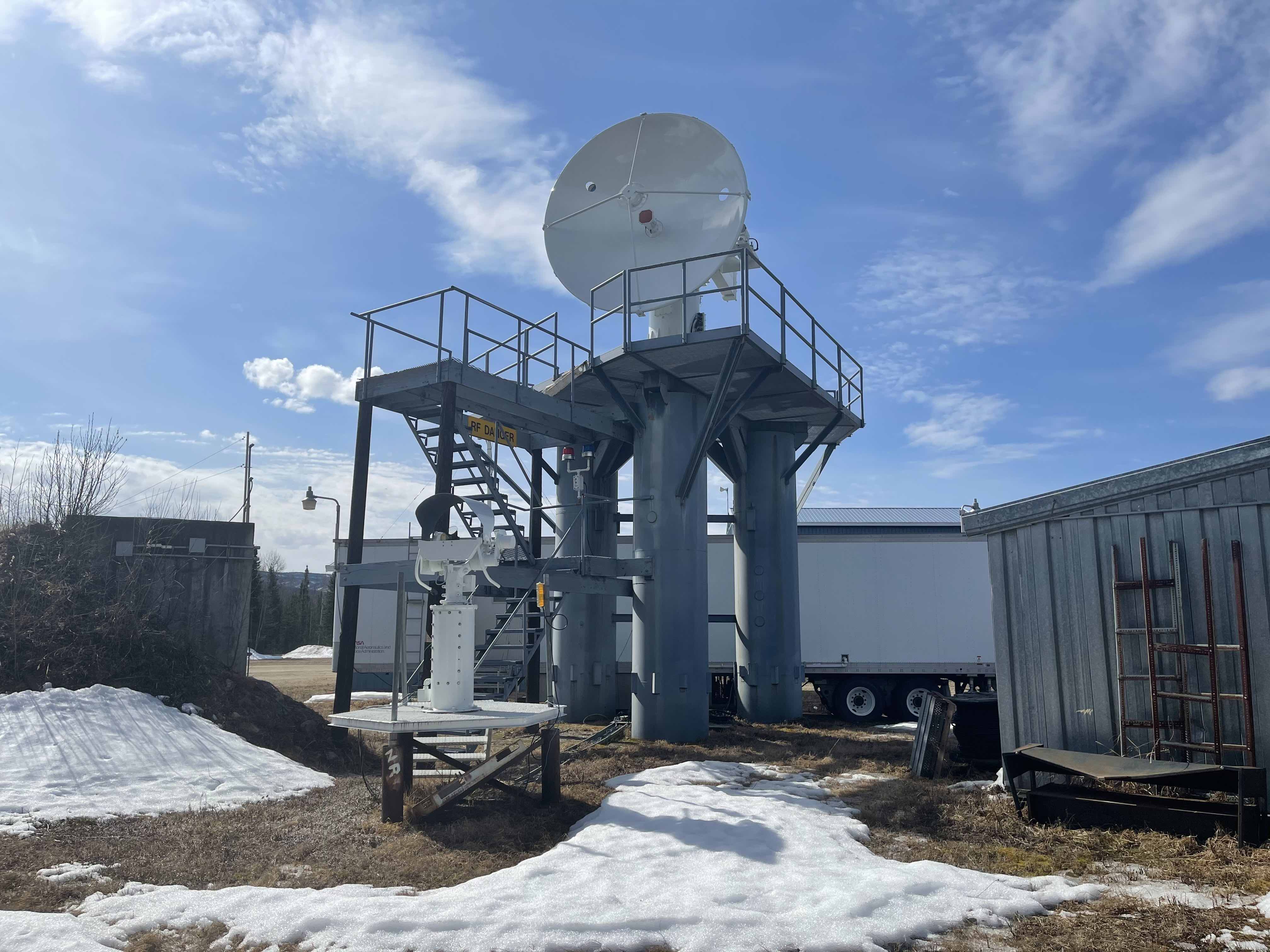 NASA’s annual maintenance visits to Poker Flat Research Range have resumed after a year off due to the COVID-19 pandemic, with big projects this year including removal of a little-used launcher and the transfer of one radar to another facility.

One crew has finished its work and departed. That crew focused on the launch facility’s lifting devices — forklifts, overhead cranes, regular cranes, slings and shackles.

“They check out equipment that we use daily for general range operations in addition to equipment that is used specifically for loading rockets and payloads,” said Kathe Rich, Poker Flat’s range manager.

Additional personnel are expected to arrive the week of May 10 for tasks that include launcher maintenance, telemetry equipment maintenance and launcher and radar removals.

The University of Alaska Fairbanks Geophysical Institute owns Poker Flat, located at Mile 30 Steese Highway, and operates it under a contract with NASA’s Wallops Flight Facility, which is part of the Goddard Space Flight Center.

Alaskans traveling the Steese Highway may encounter trucks hauling out the launch and radar components in late May or early June.

The next two maintenance crews, totaling about 30 people combined, include the Launcher Maintenance Crew and the Range Operations Contract group. These two crews are expected to be working at Poker Flat for four to five weeks, with some of their largest work being the removal of a launcher and a radar.

The launcher on Pad 5 is the smallest of Poker Flat’s five launchers and has typically been used for launches by students, but it sits on ground that shifts from summer to winter — a problem for calculating a rocket’s trajectory. Crews survey the pads in the summer for the coming winter’s launch season.

“They survey everything every year to make sure that when we are doing wind-weighting for launches that we're actually pointing where we think we're pointing,” Rich said. “With Pad 5, just because they know where it is in the summer doesn't mean that’s where it is in the winter.”

NASA might replace the pad, which has not been used much in recent years, with a pad for a mobile launcher.

Radar 10, used for rocket tracking, will most likely be sent either to the Pacific Spaceport Complex, on Kodiak Island, Alaska, or to a facility in Australia after undergoing maintenance at NASA’s Wallops Flight Facility in Virginia.

There are no plans to replace the radar system that is being removed.  Other telemetry assets can and do track the rocket, although they do it through instrumentation located within the rocket’s  payload.

Poker Flat has multiple tracking and telemetry assets at mid-range that are used to gather data from instruments onboard the rockets. These have also been used for decades for position tracking of the vehicle.

The annual maintenance work is a run-up to the next launch season, which begins in early 2022 and will be an exceptionally busy one. Launches that were planned for late 2020 and early 2021 were moved to 2022 due to issues related to the COVID-19 pandemic.

“We are looking forward to the next several campaigns at Poker Flat,” Rich said. “In addition to the types of launches that Poker Flat is known for, namely studying the aurora, there will be a number of researchers new to Poker doing solar investigations.”